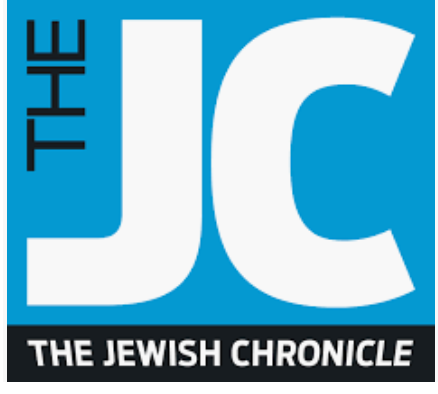 As reported in the Jewish Chronicle, Katie Hopkins gave a presentation to a mostly Jewish audience in Hendon on Tuesday evening. Her film Homeland, on the supposed Islamification of Europe, was apparently received with enthusiasm by a group which included Sharon Klaff and Ambrosine Shitrit.

However mainstream Jewish groups and organisations have been quick to condemn Katie Hopkins and her film’s anti-Muslim message.  Ben Weich, writing for the JC, expressed his disapproval in trenchant tones:

Jewish flirtation with the far right and extreme nationalism – less than a century removed from the Holocaust – is nauseating and ironic in equal measure. 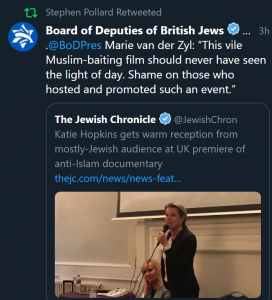 Dave Rich of the CST was equally forthright:

Katie Hopkins is part of the far-right. She should be disowned by the Jewish community. Those embracing her are v dangerous. 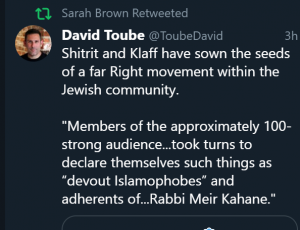