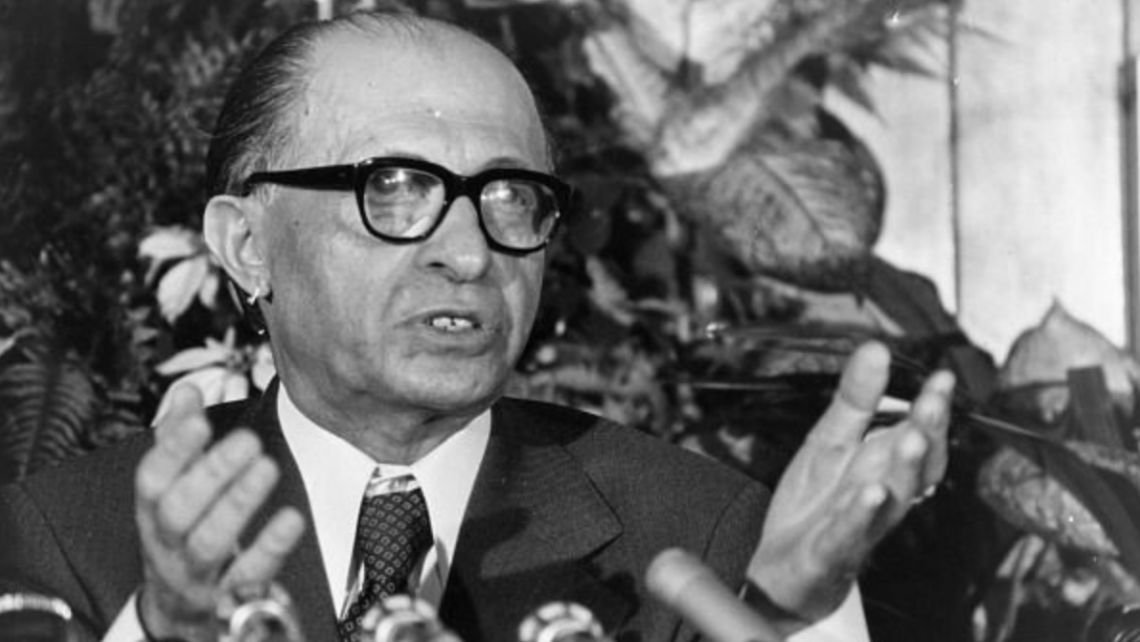 Seth Anziska’s revisionist book, Preventing Palestine: A Political History from Camp David to Oslo, tells an alternative story to the conventional wisdom regarding the political road that led from the Camp David Accords to the Oslo Agreement (with a detour to the intervening 1982 Lebanon War, which appears to not completely fit organically within his story). As someone who was deeply involved in both ends of this political history, as well as in some other, similar developments in between, reading the book sometimes gave me the feeling that the events it describes belong to some alternate reality.

The book’s main thesis can be summarised as follows: A Palestinian state should and could have been created in 1978, when the Camp David Accords were negotiated. In late 1977, Egyptian President Anwar Sadat made his historic visit to Israel and offered to make peace with Israel in return for full Israeli withdrawal from the Sinai Peninsula, which Israel had conquered and occupied since the 1967 Six-Day War, provided that Israel also agreed to recognise the right of the Palestinians to their own state. Thereafter, in September 1978, US President Jimmy Carter invited Israeli Prime Minister Menachem Begin and Sadat to a summit meeting at the presidential retreat, Camp David, in an attempt to achieve a comprehensive agreement that would include both an Israeli-Egyptian bilateral peace treaty and an agreement to allow Palestinian self-determination. Begin, however, decided to prevent the creation of a Palestinian state (or to ‘prevent Palestine’ in Anziska’s shorthand) and, therefore, he shrewdly devised an alternative idea — a plan for Palestinian autonomy. In Camp David, Begin twisted the arms of both Carter and Sadat and, as a result, the Camp David Accords reflected Begin’s autonomy idea, rather than an agreement to establish a Palestinian state. According to Anziska, this unfortunate outcome of Camp David has continued to haunt all subsequent political plans and agreements related to the Palestinians, all the way through the 1993 Oslo Agreement. In other words, all of these later developments, Anziska argues, have been contaminated by the autonomy plan that Begin advocated in Camp David to prevent the creation of a Palestinian state, and this has well served his objective, as well as that of all subsequent Israeli governments, to keep the West Bank.

Before proceeding to review the book, it is important to clarify that I support the creation of a Palestinian state as part of accomplishing an Israeli-Palestinian agreement, the permanent or final status agreement, as it is called in both the Camp David Accords and the Oslo Agreement. I believe that the Palestinians are entitled to their own state and, further, that it is also an Israeli interest to have a friendly Palestinian state created next to it. Moreover, I fully accept the book’s proposition that the Oslo Agreement is based largely on the Camp David Accords. Indeed, when negotiating the Oslo Agreement in 1993, both my Palestinian colleagues and I kept copies of the Camp David Accords with us and consulted them occasionally. Also, when subsequently drafting the Oslo implementing agreements, I repeatedly used ideas that had been developed years earlier by the Egyptian, American and Israeli delegations during the post-Camp David autonomy talks. So one can correctly conclude that Camp David begot Oslo. However, from this point forward, my views and the book’s path diverge sharply.

As an initial matter, the book must receive the credit it deserves. Anziska did a very good research job and has collected and pieced together an enormous amount of information, including information derived from newly-declassified American and Israeli records, some of which even an avid consumer of books related to the Middle East peace process like me has not previously seen. However, the book fails in improperly allocating its attention among the important players and events that are relevant to the story it attempts to tell.

As to the book’s unbalanced focus, consider these facts: Preventing Palestinedevotes no less than 144 pages to the starting point of this political road (Camp David), of which 100 pages cover the period before the Camp David summit was even convened. Conversely, the final point of this road (Oslo) is covered by all of five and a half pages. One would have expected that a book whose title includes the catchy phrase ‘from Camp David to Oslo’ would cover this territory in a more balanced manner. Did Anziska lose steam as he proceeded along this road or did he really intend to focus on Camp David, with Oslo as merely an afterthought? And why did Anziska stop at Oslo? Twenty five years have elapsed since the Oslo Agreement was signed, in which Israelis and Palestinians went well beyond the transitional autonomy arrangements and negotiated, in great detail, the permanent status agreement in several rounds, including the 2000 Camp David II summit (when Israel was led by Prime Minister Ehud Barak) and the 2007 Annapolis Conference (when Israel was led by Prime Minister Ehud Olmert). As to the last of these, even Palestinian negotiators admitted later that peace was then within reach. Nor does the book mention the 2009 Bar-Ilan speech by Begin’s heir as the leader of the right-wing Likud party, Prime Minister Benjamin Netanyahu, in which Netanyahu endorsed the two-state solution, thus deviating sharply from Begin’s original intention to keep control of the West Bank and Gaza (WBG). Is it possible that Anziska decided to disregard all of these subsequent developments because they did not support his conclusion that Begin’s autonomy idea has been the exclusive cause of preventing a Palestinian state in the 40 years subsequent to Camp David?

More important, the book fails to properly analyse the historic events it does cover. READ MORE.