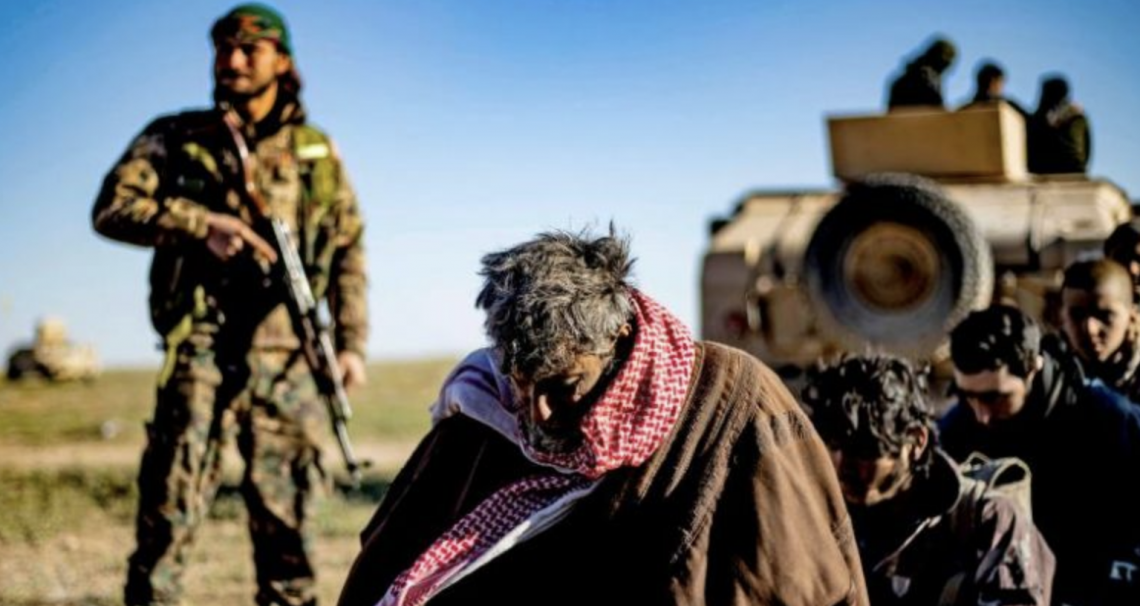 Prisoners of the Islamic State militant group (ISIS) held in Kurdish-controlled areas of north-eastern Syria are no longer the responsibility of the Syrian Democratic Forces (SDF), a spokesman for the group said.

SDF forces currently hold some 12,000 ISIS militants in their prisons following years of helping the U.S. in quashing the group’s influence, but now that the U.S. has effectively withdrawn its support and allowed a Turkish incursion into their territory, the Kurdish-led group must focus its efforts on protecting its people and borders, head spokesman Mustafa Bali told Rudaw.

A further 90,000 women and children affiliated with ISIS fighters are also said to be held in detention centers in northern Syria.

“We are currently subject to a genocidal attack,” Bali said.

“There is a project to make a demographic change and eradicate Kurds. Therefore, our first duty is the protection of our people, border and soil.

“All our forces are focusing on this now. Our prisons, which have about 12,000 ISIS gang members, and camps, which have more than 90,000 families of ISIS fighters and migrants, are like detonated bombs.

“We do not know when they will explode. However, this is no longer our responsibility,” he added.

The SDF’s announcement comes as five ISIS militants successfully fled from Jirkin prison in Qamishli. Turkish shelling was blamed for their escape.

Upwards of 100 women affiliated with ISIS also started a major disruption at the Al-Hol camp near the Iraqi border—setting tents ablaze and attacking security guards with sticks and stones—and video footage of the incident showed roughly 20 women running through an open field in an attempt to flee.

SDF officials later said that none had successfully escaped.

Trump may actually be on the cusp of creating on the worst national security crises of our time by – albeit inadvertently – fuelling the very circumstances in which all these ISIS prisoners escape. It’s absolutely astonishing. https://t.co/OcQ03auhFo

Quick Take a Pop at Israel – Everyone Else is