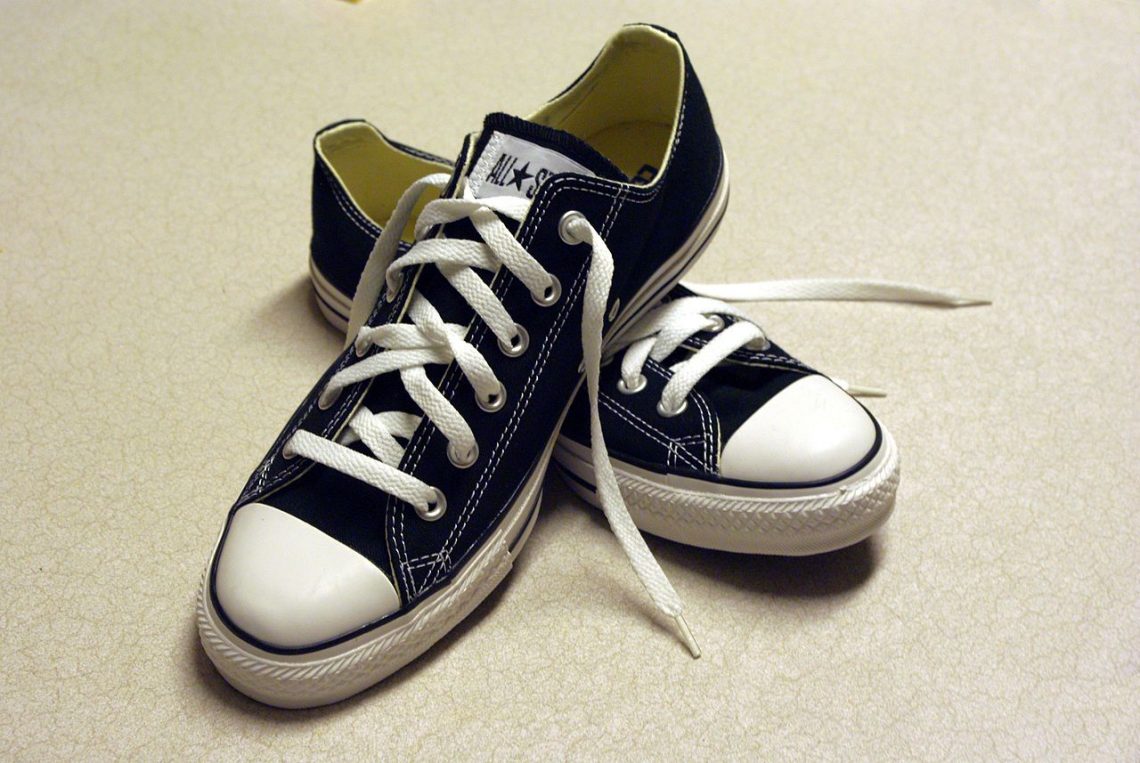 There’s an old saying: “You can’t understand someone until you’ve walked a mile in their shoes.”

But no amount of walking in these – by the looks of it, fairly uncomfortable – shoes will get one any closer to understanding the lunacy of two of this week’s controversies running rough-show over reason itself.

Yes, it has been a week of racist shoes. We have arrived in a world where one can combine expressions of white supremacy with a decent insole.

Exhibit A: Sports shoe company Adidas has withdrawn a design and apologised for the offence caused by releasing an all-white sneaker during Black History Month. In fact the shoe – they say “inspired by the Harlem Renaissance” – was part of a collection created to mark BHM.

Now, one can only shake ones head at the peculiar pomposity of corporations who think they can combine marketing with ‘wokeness’. Possibly they deserve all the fallout they get when it backfires. But what sort of cretin thinks the colour of a man’s shoe represents the colour of his skin? Are blue running shoes only to be worn by people who self-identify as Smurfs?

And if you think this crazed wokeness couldn’t escalate, you’d be wrong: at least one person complained that the shoe was made of a cotton-based fabric, which was an additional insult to black people. Instead of ignoring this lunacy, Adidas immediately responded on Twitter pledging to investigate. If the suspected Nazi who designed the all-white shoe using cotton-based fabric is fired, will anyone be surprised?

Exhibit B: Blackface, a subject hardly anyone has talked about for decades, has made an unwelcome return as a topic for obsessive conversation recently. Activists have lost their minds over images of dirty coal miners and chimney sweeps, and kids pained up in team colours for sports events have come under scrutiny. Newspapers have begun to compile lists of the guilty, seemingly unconcerned or ignorant of the fact that playing a character or wearing a disguise is not the same as actual blackface, which is designed to mock and denigrate black people, primarily associated with long-defunct minstrel shows.

Never mind though, for some reason it can now be seen in anything, even a pair of black shoes with a lips motif. Yes, Katy Perry’s new shoes have ignited a bonfire of indignation because they apparently place blackface on your feet.

In the coming days, respected news sources will cover these issues. Earnest commentators will weigh in. We will have to respectfully listen to the complainers and nod sagely in agreement to indicate that we take these grievances seriously, that we “hear them”. Apologies will be made. Swords will be fallen on.

‘Shoegate’, we will pretend, isn’t just another way we allow ourselves to be culturally bullied after we traded our sensible shoes for a series of flipflops. No, this is genuinely is of significant concern, we will tell ourselves, ashamed that we were not ‘woke’ enough to see it. Only it isn’t.