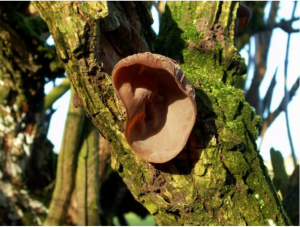 A common ingredient in Chinese cuisine is a black fungus known as Jew’s ears. I admit to a lack of curiosity about the origins of this name and in my society, we are neither finicky eaters nor overly concerned about racism or well, at least the racism supposedly encoded in  names. We uncaringly squeezed toothpaste out of a tube emblazoned “Darkie” and carrying a caricature of a black face in a top hat for decades. The toothpaste’s English name has been rebranded for years but its Chinese name “Black man toothpaste” was only renamed in December 2021 after concerted pressure following 2020’s BLM protests.

How sensitive should we be to the  names of objects and organisms  in an age of furious activism about the unforgivable sins of historical figures? In the last few years  the North American instinct has been to rename anything -schools, buildings, sports teams- that has offensive historical antecedents.

The Wandering Jew plant is a case in point. Many have taken to calling it the Wandering Dude (just wait until some sensitive soul deems this name offensive to any number of nomadic tribes or er, the transient community formerly known as the homeless). The Tablet has a great article on this :

The expression “Wandering Jew” comes from a mythical Jewish figure who was cursed to roam the earth until the Second Coming of Jesus Christ. In more modern eras the term has also been used in less derogatory ways—by Jews and non-Jews alike—as a metaphor for the wandering of Jews in the desert and the perseverance and persistence of the diasporic culture.

The debate roils  the scientific community and botanists seem especially keen on resetting history to soothe modern sensibilities. There is a prevalent view that the scientific enterprise is ineradicably tainted by (European) colonial exploitation and white supremacy. There are objections to claims of ‘discovery’ and naming wide swathes of the natural world after  rather dodgy white men. The Director of Science at Kew :

For hundreds of years, rich countries in the north have exploited natural resources and human knowledge in the south. Colonial botanists would embark on dangerous expeditions in the name of science but were ultimately tasked with finding economically profitable plants. Much of Kew’s work in the 19th century focused on the movement of such plants around the British Empire, which means we too have a legacy that is deeply rooted in colonialism.

In my own field of research, you can see an imperialist view prevail. Scientists continue to report how new species are “discovered” every year, species that are often already known and used by people in the region – and have been for thousands of years. Scientists have appropriated indigenous knowledge and downplayed its depth and complexity. The first inhabitants of Brazil and the first users of plants in Australia often remained unnamed, unrecognised, and uncompensated. They are quite literally invisible in history.

A recent report commissioned by the Royal Botanical Garden Edinburgh highlights the newly discovered sin of bioprospecting : a practice where indigenous people give away specimens useful for medicine, spices and plantation crops, sometimes for little reimbursement.

The report, ordered in the wake of the Black Lives Matter protests, says the RBGE’s naming conventions must be examined “to avoid perpetuating colonialist power structures which emphasise Europe as a discovering or exploratory force”. The body is also being advised to post “content warnings” for people entering its herbarium, library and archives due to historical documents that “may contain colonialist, offensive and/or distressing racist language”.

A belated effort to correct my insensitivity informs me that Auricularia auricula-judae actually means Judas’ Ears and refers to the fact this fungus grows on the elder tree where the traitor of Christ supposedly hanged himself. Of course the jewish people have been collectively punished for the sins of Judas for 2000 years and the corruption of the name was inevitable. Forward magazine was perfectly happy to run this article in 2015 about the Jew’s Ear :

As far as fungi go, it’s actually a pretty amazing species. It’s been used in folk medicine to treat sore throats, eye infections and jaundice. Today it is still used in Chinese medicine and as a blood tonic in Ghana. Research in the 1980s showed A. auricula-judae medicinal attributes include slowing tumors, controlling blood sugar levels, preventing blood clots and lowering cholesterol.
Maybe it’s not as prestigious or yummy as getting the Shirley Temple named after you, but it does go well with bamboo shoots.

2015 was a lifetime and a half ago – does anyone doubt that Forward magazine would be as sanguine about the freaky fungus today? 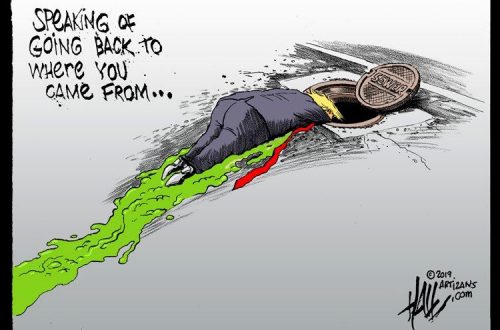