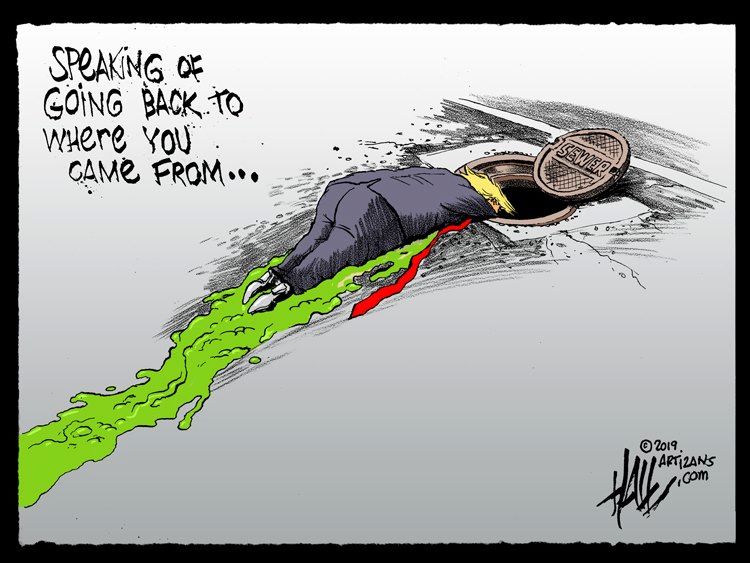 [E]ven if you think that Omar, Tlaib, and company are only getting their just desserts for their past lack of sensitivity in how they speak about Israel and its Jewish supporters in the U.S., there is another angle to Trump’s diatribe that should give pause.

When Trump specifically links his attack on this group of members of Congress to Israel, in what is a flimsily far-fetched post-hoc defense even by his laughably low standards, he causes enormous damage to Israel in this country. Any fair-minded person, irrespective of their political leanings, can easily see the callous racism in Trump telling American citizens who are minorities – three of whom were born in this country – that they should go back to where they came from.

Hiding behind the shield of standing up for Israel as a justification for this behavior does not wash the taint of bigotry off Trump, but instead paints Israel with Trump’s racist brush.

And anyone who thinks American Jews are safe from the bigotry that Trump is stirring up should consider this: Senator Bernie Sanders’s Jewish father immigrated to the US from what is now Poland. Sanders’s views on almost all issues are similar if not identical to those of the so-called Squad. What very thin line is protecting him and other like-minded Jews from demands to “go back where you came from” and chants of “Send them back”?

We’ve been here before. And it ain’t pretty.