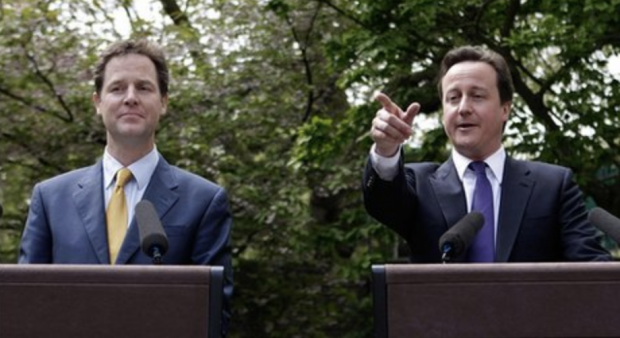 There will soon be new leaders of the Conservatives (Full disclosure, I’m not one of the 160,000) and Liberal Democrats. Some are overdosing on the “unelected Prime Minister” rhetoric but there have already been seven since WW2.

Eden, Macmillan, Major and May subsequently won elections (May got the most seats, not an overall majority) after periods between a few weeks and several years.

Douglas-Home, Callaghan and Brown all lost.

This suggests that an unelected Conservative PM is more likely to subsequently win their own mandate.

Let’s look at the longest serving PMs/party leaders since WW2.

Although remembered for his 1945 landslide, Attlee became Labour Leader in October 1935, a position he held until December 1955. His tenure of over twenty years is unlikely to be surpassed.

Churchill became PM and Conservative Leader in the dark days of May 1940 and retired in April 1955 – almost fifteen years later.

Heath succeeded Douglas-Home as Conservative Leader in July 1965, unexpectedly won in 1970, and stayed for just over nine and a half years until February 1975.

Thatcher became Conservative Leader in February 1975, a position she held until resigning as PM in November 1990 – after almost sixteen years.

Smith’s death facilitated Blair who became Labour Leader in July 1994, which he was until handing over to Brown in June 2007 – just under thirteen years later.

In December 2005 Cameron became Conservative Leader until it was third time unlucky with the EU referendum and he was replaced as PM in July 2016 – after a little over ten and a half years.

It’s now almost de rigueur that leaders of the main parties quit after electoral setbacks but after 1945 Churchill spent time writing and speaking and Attlee didn’t quit until after the 1955 election. Heath barely had his feet under the table before losing in 1966 but had to be challenged after losing in October 1974. After losing in 1970 Wilson et al were relatively low profile and the subject of a controversial documentary, Yesterday’s Men, in June 1971.

Subsequently Callaghan stayed a year and a half after losing in 1979, Major went after Blair’s 1997 landslide, Brown went when he couldn’t put a coalition together in 2010 and Cameron quit after the 2016 EU referendum.

Long periods in power owe much to the state of the oppositions which can help counter entropy. The largely forgotten 1950s split between the Bevanites and Gaitskellites helped keep Labour in opposition, as did the formation of the SDP and Kinnock’s purging of Militant in the 1980s. After 1997 the Conservatives went through three leaders and a period of introspection before Cameron.

Leaders enjoy patronage so those who had, or would like, a job increases and a poor showing in the polls and/or local government elections emboldens challengers. Then there is an unpredictable world and the 24 hour news treadmill. Churchill’s June 1953 stroke was concealed – unthinkable today.

On July 24th the new PM will arrive in Downing Street and disappear into No. 10 after a few soundbites. They then have to talk to people who will be on, or going on, holiday – or won’t be in post until November – to renegotiate something that doesn’t appear renegotiable. This is without a majority, with divisions in their own party, and the threat of no confidence votes and legal action.

I’m now uncertain as to whether any sort of Brexit will happen as getting anything, even no deal, through should qualify for membership of the Magic Circle. They will also find that unchanged parliamentary arithmetic means that many “pledges” are, at best, aspirations.

After having made deselecting Labour MPs easier the process for the next election is underway and some have already announced their “retirement”. It’s uncertain how many Corbynsceptics will go but in advance of an election they’re, effectively, free agents.

It’s not difficult to contemplate an election though.

Labour is moving towards unambiguous Remain, which could recover support from the LibDems, unless it’s seen as opportunistic. This could help Farage win Labour Leave seats: Labour’s Betrayed the Working Class.

In Conservative areas it’s: You can’t Trust the Tories to Deliver Brexit.

Predictions in a four-party environment are difficult but Labour could have to negotiate with the LibDems and SNP who’d want Proportional Representation and IndyRef2. First Past The Post gives a tipping point beyond which majorities increase rapidly and Corbyn would need a reasonable overall majority, including more Scottish MPs, to implement his policies.

Neither main party should relish a pre-Brexit election.

With Magic Circle membership the situation changes. During the leadership contest Conservative poll ratings have improved suggesting that delivering Brexit is popular. Getting something through reduces fundamentalist Brexiteers to arguing about the degree and Remainers have to decide whether to become Rejoiners. It may not herald a complete return to normality, whatever that might be, but could be a step in that direction.

Neither of the LibDem leadership contenders, Swinson or Davey appear to have any skeletons although serving in the 2010-15 coalition is enough for eternal damnation by some lefties.

Attlee is difficult as he’d been Leader for a decade before 1945, but spent half in the wartime coalition.

The sequence really starts with Wilson who won (just!) the 1964 election after twenty months.

Heath lost the 1966 election after eight months but won in 1970 after almost five years.

Thatcher had four years and four months in opposition before defeating Callaghan.

Blair had a little over two years and ten months before beating Major.

Cameron waited four and a half years before succeeding Brown.

The longest serving unsuccessful opposition leader is Kinnock who quit after eight years and nine months and two election defeats. Next was Gaitskell whose seven years and two months, including losing in 1959, ended with his death.

Hague is third with three years and eleven months before losing in 2001, followed by Duncan Smith with twenty six months and Howard with eighteen months before his 2005 defeat.

Corbyn’s twenty one months before the 2017 election exceeded Howard and Wilson, he subsequently passed Duncan Smith and Blair, will soon pass Hague, and is approaching Thatcher and Cameron.

After the 2017 election I asked Has Corbyn’s elastic stretched as far as it can?

Entropy has set in with his ratings at their lowest levels ever as his worldview, (mis)handling of antisemitism, etc repels voters.

The messenger has become the message, overshadowing some popular policies.

History indicates that, if the Brexit impasse is resolved, May’s successor is likely to win the next election.

If not, all bets are off but it’s clear that Labour would benefit from a leader who isn’t mired in cesspits like Stop the War or the Palestine Solidarity Campaign.

The difficulty is that there isn’t a mechanism to get rid of him and it’s unlikely he’ll quit.