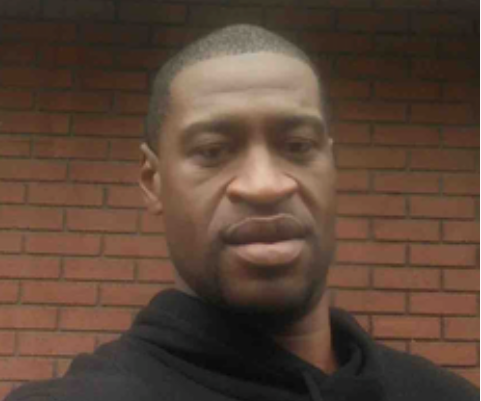 It’s easy to understand why the shocking  killing of George Floyd has prompted waves of protests and demonstrations, not just in the US but across the world. For many, the killing and subsequent responses have resonated with a much broader spectrum of experiences of racism.  Here, as reported in the Times, one young man explains why he attended the demonstration in London yesterday.

“This isn’t just about George Floyd. It’s about the daily issues we are facing here in Britain today too. For example, I’ve been stopped and searched on multiple occasions by the police, with no real reason.”

Although yesterday’s various events seem to have been largely peaceful, there were reports of clashes and disorder in places. Other people had a different concern about the protests – that it was unwise to join a mass demonstration given the current pandemic.  It’s fine to debate these and other aspects of the protests.  People who are united in their view of Derek Chauvin’s actions may have different thoughts about what the best response is.

However there’s not much room for debate about some of the worst reactions. As usual, Trump sets the bar very low, with his shocking, ‘when the looting starts, the shooting starts’ tweet, followed up by those surreally crass comments about George Floyd looking down approvingly at the economic upturn:

“Hopefully George is looking down right now and saying this is a great thing that’s happening for our country,” Trump said.

Another (much more articulate) controversial response, was Tom Cotton’s article, ‘Send in the Troops’, for the New York Times. It seemed a good decision – in order to enable readers to consider the issues for themselves – to insert a lengthy preamble at the top of the piece, explaining why the editors now felt it shouldn’t have been published, rather than simply pull it.

Other responses have alluded to the name of the ‘Black Lives Matter’ group in order to make a point.  This reflex dates back to the ‘All Lives Matter’ hashtag – which has the effect of delegitimising everything around ‘Black Lives Matter’ – the historical and current injustices and concerns it addresses –  (as opposed to specific people or strategies within BLM which one might object to.)

One such response was an ill-judged headline in The Philadelphia Inquirer –  “Buildings Matter, Too” . With almost comical obtuseness this was changed to  “Black Lives Matter. Do Buildings?”, before finally settling on a chastened ‘Damaging buildings disproportionately hurts the people protesters are trying to uplift.”

Closer to home, one presenter has been suspended in the light of controversial comments:

Manx Radio took Stu Peters off air after Wednesday’s programme in which a black caller challenged him for writing “all lives matter” in an online forum.

“I’ve had no more privilege in my life than you have. I’m a white man, you’re a black man,” he told Jordan Maguire.

(You can read a full transcript of the conversation here.)

Although I don’t agree with Stu Peters’ stance, I wasn’t sure he deserved to have his cause championed by Katie Hopkins who described the events leading up to his suspension as ‘a co-ordinated lynching of a white radio host.’