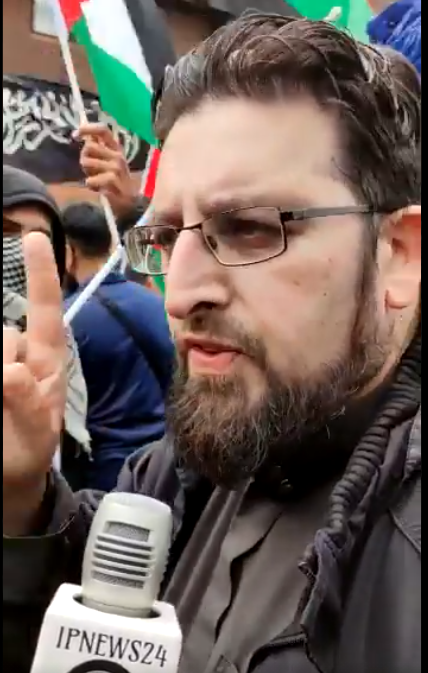 Muslim fundamentalism is back with a vengeance. Armed with the latest grievances, they’re ready to exert their demands on the rest of society. If you try and negotiate with them, you’re playing a loser’s game. Ignore them, you risk an already emboldened group feeling empowered to carry on undermining the principle of free speech and robust debate. So, what do we do? We do not give in to them – no matter what charge they employ against the rest of us.

The issue of Israel and Palestine is bound to evoke emotions in everyone, and we have seen it recently with the current conflict taking place. There will be many that profess Israel has a right to exist and it does, of course – but it also faces an existential threat from Hamas – an internationally recognized proscribed terrorist group. Equally there are others that believe Palestine is fighting apartheid policies of a nation state that is behaving like a terrorist group. Many of the historical military responses from Israel have been disproportionate and it would be disingenuous to not recognize that – but it is not a terrorist state. Whatever examination one wishes to take in determining the merits of who is and who isn’t the aggressor, you can be sure to expect Muslim fundamentalists to hijack the issue to silence anyone that dares to deviate from their position.

Mufti Abu-Layth – a prominent Muslim theologian and YouTuber – found that out this week. Daring to speak on the issue of Israel and Palestine, Abu-Layth was met with Muslim fundamentalist thugs at his home. Armed with baseball bats, they smashed his windows, kicked in his front door and entered his home looking for him. His wife and two daughters were at home when this happened.

Were they looking to have a sit down and discuss the issue in a civil way? No. Were they embodying Islamic principles and values of robust debate? No. All they were attempting to do was attack him, his family and make sure he never does this again. And they’ve probably achieved that. Mufti Abu-Layth will think twice about sharing his opinion now. We cannot allow Muslim fundamentalists to curtail our ability use free speech to voice our opinion.

Violent attacks like that are not uncommon, but neither is violent rhetoric from these fundamentalists. At a recent protest for Palestine, we were confronted with something we haven’t seen since the days of Anjum Choudary – the convicted Islamist and former leader of the banned Al-Muhajiroun group. A protester being interviewed for IPNEWS 24 remarked:

“The solution is very simple. Jihad fi sabilillah (for the sake of Allah). We have armies, we have tanks, we have soldiers. What are they waiting for?”.

There is no grey area to this. It is quite clear what this protestor was calling for – the end of Israel. If that doesn’t send shivers down your spine, then I don’t know what will.

Muslim fundamentalists are breaking into people’s homes, calling for violent jihad and driving through areas with large Jewish communities threatening to rape their daughters. This is happening because the police are too scared or too woke to take them on. Instead, they’d rather take the easy route and tackle peaceful religious street preachers, or better still, they’ll join in with the protestors shouting: ‘Free Palestine!’.

But what is the solution to all of this? How do we ensure we do not give in to these fundamentalists?

We protect free speech. Everyone should have the right to voice their opinion – within the law – without fear of violent attacks or being cancelled. We must not appease these fundamentalists. When an Islamic inspired terrorist attack takes place, we must call it for what it is, Islamist. We must be able to critique all religions, especially Islam and we must be able to do so without fear of being called ‘Islamophobic’. There are no blasphemy laws in this country, and we should not let it in through the backdoor.

I work as a charity trustee for Muslims Against Antisemitism (MAAS). Our primary aim is to tackle antisemitism within Muslim communities. Our job becomes harder when Muslims are faced with threats from fundamentalists that will – using fear – prevent them from voicing their opinions. Communities across Britain need to mobilize themselves, to stand up against this fundamentalist thuggery. Without community support and support from the police, we risk giving into these fundamentalists. This cannot be allowed to happen.