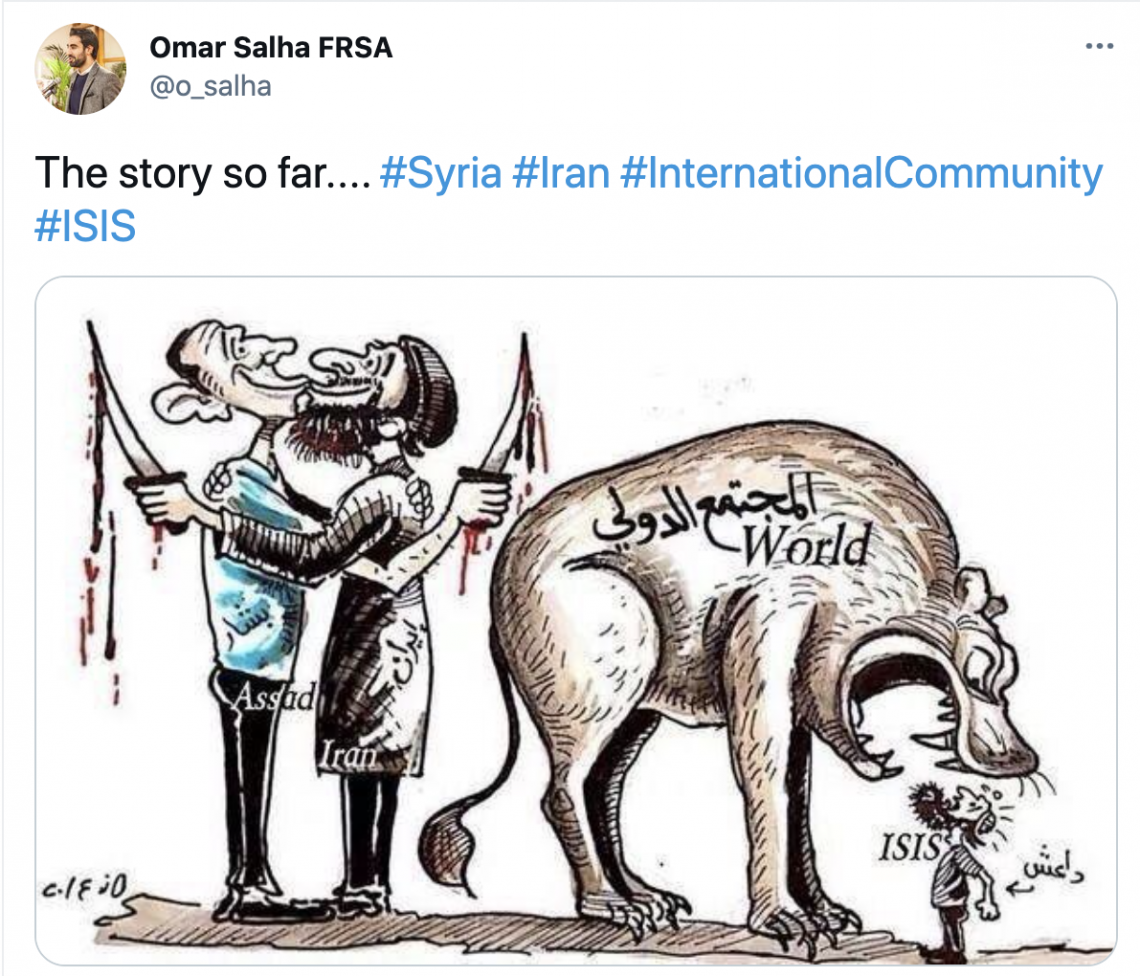 He was due to attend until the Jewish Chronicle pointed out some tweets made by Omar Salha the CEO of the Ramadan Tent Project.

What appears to have been objectionable to Starmer were tweets by Salha supporting the organisation Cage the Jewish Chronicle reports:

“Sir Keir cancelled the event after the JC highlighted how its chief executive officer, Omar Salha, had backed controversial groups such as Cage on Twitter. In 2015, Cage’s research director hailed the notorious Isis terrorist known as Jihadi John as a “beautiful young man”.”

There are tweets demonstrating the positive feelings Salha holds towards Cage.

Here he is pictured with Cage’s best known member of staff Moazzam Begg:

Salha wrote an article for the Daily Sabah in 2015 simultaneously arguing that Muslims in Britain “are in fact the most loyal to the nation and express a stronger sense of belonging in Britain than any other group” while lamenting that British government policy was “scapegoating and anathematizing Muslims, proving the British government’s Prevent strategy is all but faltering, detrimental, and ineffective, out of touch and disengaged with local communities, creating a more divisive, despondent and discordant society.” While it’s possible that both things are true it’s unlikely.

When the Labour Party was more interested in winning arguments than elections it was happy to flirt with these kinds of views of Prevent but those days are long gone. Cozying up to someone who has publicly endorsed a group whose interview with Anwar al Awlaki (conducted before the man became a key figure in al Qaeda in the Arabian Peninsula) is still up on their website is not a good look for a politician trying to make his party electable.

When it was announced that Starmer was no longer attending the Iftar outraged members of the Twitterati ignored the fact that Starmer has participated in other Ramadan events, such as this one held by the Labour Muslim Network (and attended by Zahir Birawi) and went on the attack.

The reported reason for the withdrawal, the tweeted statements about Cage by Salha, was ignored in favour of attacks on the Jewish Board of Deputies of British Jews.

The level of criticism was so intense that ‘boardofdeputies’ was trending on Twitter as a result.