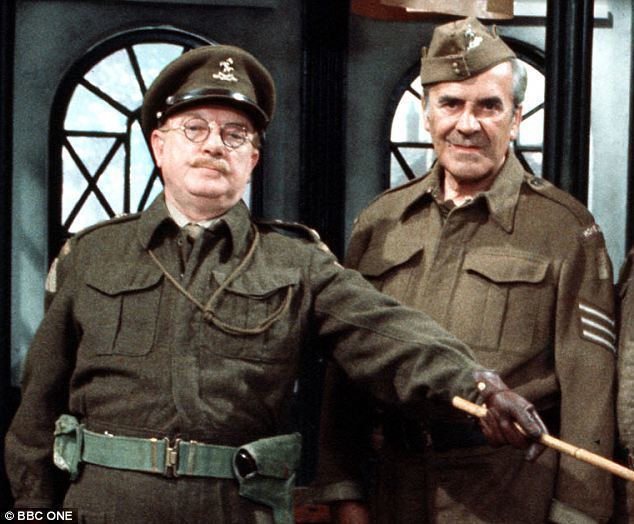 Those masochistic enough to peruse these occasional ramblings will recall my liking for comparisons with Dad’s Army.

This time it’s Starmer and Johnson as Mainwaring and Wilson. Mainwaring is the grammar school boy who worked his way up to an office with his name on the door, Wilson is the laid back toff who went to (a minor) public school and seems to muddle through but is actually no fool. Someone who speaks French? Tick! Someone who can ride a motorcycle? Tick!

Leaders tend to define their parties as they have the highest profile, and Johnson is probably Britain’s best known politician, having first name recognition; Boris only means one person! As a general, although critical, supporter it’s clear that he’s also Private Walker, Arthur Daley and Delboy.

Mainwaring would sometimes look at Wilson with what could best be described as amazement, even incredulity, and Starmer sometimes does the same. He’s almost asking why he, the professional “player” isn’t where Johnson, the amateur “gentleman” is?

Twitter – which isn’t Britain! – is full of abusive Johnson-hating lefties but in 2019 he was a known quantity, the Conservative Party and then the electorate knew what they were voting for. His relationship with the Conservatives has been described as “transactional,” they put up with the scandals as long as he keeps winning, and most of his members must currently be happy campers.

Those who remember Ian (now Lord) Botham playing will recall a buzz as he strode out to the wicket swinging his bat, would he destroy the bowling and make a quick half century – or be clean bowled by the first delivery? That’s Johnson, unpredictable and exciting – when he visited Hartlepool people wanted selfies with him – and who’s also happy to be photographed with a large inflatable version of himself.

The Labour leadership contest had the candidates as the Four Yorkshiremen but Johnson is what he is and doesn’t attempt, or pretend, to be something else.

What he has got, in spades, is optimism, he can see the sunlit uplands and is determined to get there. This, of course, reverses the analogy and makes him Mainwaring, up against the declinist, arch remainer and architect of Labour’s 2019 Brexit policy, Starmer, looking down his nose asking “Do you think that’s wise Sir?”

Parallels would be with Wilson and Blair on the left, Thatcher and Cameron on the right.

The Hartlepool by-election and associated local government elections are clearly good news for Johnson and his government. The former only remained Labour in December 2019 because the Brexit Party spilt the leave vote. Notwithstanding that, and even with Hartlepool’s characteristics, a government a year and a half into its term wouldn’t really expect to gain such a seat, and governing parties usually expect to lose councillors.

The local government elections resulted in 200+ Conservative councillor gains and 300+ Labour councillor losses. The LibDems are treading water whilst the Greens more than doubled their representation – to 151 councillors!

Labour did get one thing, partially, right. Opposition bandwidth is limited and, despite the knee jerk reaction of many of their activists to oppose the government on anything and everything, they’re more likely to make an impact by concentrating their fire. So far, so good. Unfortunately they picked a complicated “bubble” issue, the refurbishment of Johnson’s Downing Street flat. There are unanswered questions and important issues, but the Conservatives repeatedly said that Johnson had paid and it hadn’t cost the taxpayer a penny – end of story.

At present – and a week is a long time in politics – the prospects for a fifth successive Conservative election victory look reasonable. Their 2021 lead, based on projected national share, was 7%, down on December 2019 but still a good place to be.

What surprised some wasn’t that seats in the “Red Wall” went blue, but that it didn’t happen earlier as, although incomes aren’t high, the lower cost of things like housing can result in high levels of home ownership and a reasonable standard of living. Couple this with socially conservative views and it’s bad news for Labour, and were the Hartlepool result to be replicated there are a number of similar seats that Johnson can take. Batley and Spen could be next but the Conservatives will downplay their chances, lightning may not strike twice.

Johnson’s success is tapping into the realignment of politics and by going left on economics and right on culture has found a “sweet spot,” just like Thatcher and Blair in their eras, which enables him to win big. Nothing lasts for ever, he might have six years, six months or six weeks and there are plenty of things that could go wrong.

This leaves Starmer with difficulties. Traditionally Labour would promise to outspend the Conservatives but Johnson’s tanks are well and truly on their lawn, more money has been spent on Covid than Corbyn and MacDonnell could have ever imagined, the state is back with a vengeance and railway operators have, effectively, been renationalised. This, of course, is all predicated on cheap borrowing and there has to be a limit.

Hampstead and Hartlepool’s culture/values used to co-exist within Labour but they’re now heading for, and may have reached, the divorce court. It would be presumptuous to claim to know what concerns socially conservative “Red Wall” voters, but it’s extremely unlikely that many Hampstead issues do.

Israel/Palestine is currently making headlines, and for all the wrong reasons. Whilst most of Britain just want peace, Labour has a large percentage of members who support the antisemitic Boycott, Divestment and Sanctions (BDS) movement and don’t believe Labour has a problem with antisemitism.

On the subject of “woke” warriors Khalid Mahmood MP wrote that ”The loudest voices in the Labour movement over the past year in particular have focused more on pulling down Churchill’s statue than they have on helping people pull themselves up in the world.”

These are just a couple of examples, on issue after issue Labour is, or is considered to be, out of touch. The only real disagreement amongst those who recognise the problem is how far back it can be traced, it predates Corbyn, although his tenure made things worse.

The following shows the Conservative record since WW2:


Their longest period out of office was the thirteen years following Blair’s 1997 landslide when they initially turned inwards, first to Hague (picked by MPs) and then Duncan Smith (selected by the membership).

The replacement of Duncan Smith with Howard by the parliamentary party in 2003 set them on the road to government, although New Labour was past its peak, and in 2005 the membership chose Cameron, the heir to Blair, over the more traditional Davis.

An unanswered question is what would have happened had Labour chosen David Miliband in 2010? His younger brother started the retreat from New Labour and laid the foundations for Corbyn, but didn’t lose by a massive amount in 2015.

There are, again, problems here for Starmer and, as with economics, no obvious solution.

It may be that there is a challenge to his leadership, like Kinnock in 1988, although the latter had been in position for five years and lost an election in 1987. This might be a good thing, were he to be strongly endorsed it would, like Kinnock, cement his position and the direction, away from Corbynism, he needs to take Labour.

The Labour leadership contest largely took place under lockdown, giving Starmer time he may not have used wisely.

Did he only look at Johnson’s flaws without wondering how he won two terms as Mayor of London, was a key player in the Brexit referendum, and kicked them back to 1935? He’s repeatedly been Labour’s nemesis, they should take a long hard look in the mirror and ask how he does it.

Starmer’s career resulted in only a year and a half between the end of his term as Director of Public Prosecutions and entering parliament. This was the run up to the 2015 election, he was selected in December 2014, not long to see, in detail, the often Judean Popular Front nature of left wing politics.

Too many of his members consider themselves morally superior, their opponents are not misguided but evil, and are quick to blame the electorate, “The voters have let us down. I hope they don’t live to regret it.” for their failings. There are also too many dominant voices obsessing about issues that, whilst important, are fringe.

Much of this isn’t new, although it worsened under Corbyn, but social media now gives every crank a platform.

A step in the right direction is ”a completely new blueprint for power not based on previous manifestos” to address the post Covid world, although it may contribute to a Corbynite leadership challenge.

At present my money’s still on the “gentleman”!