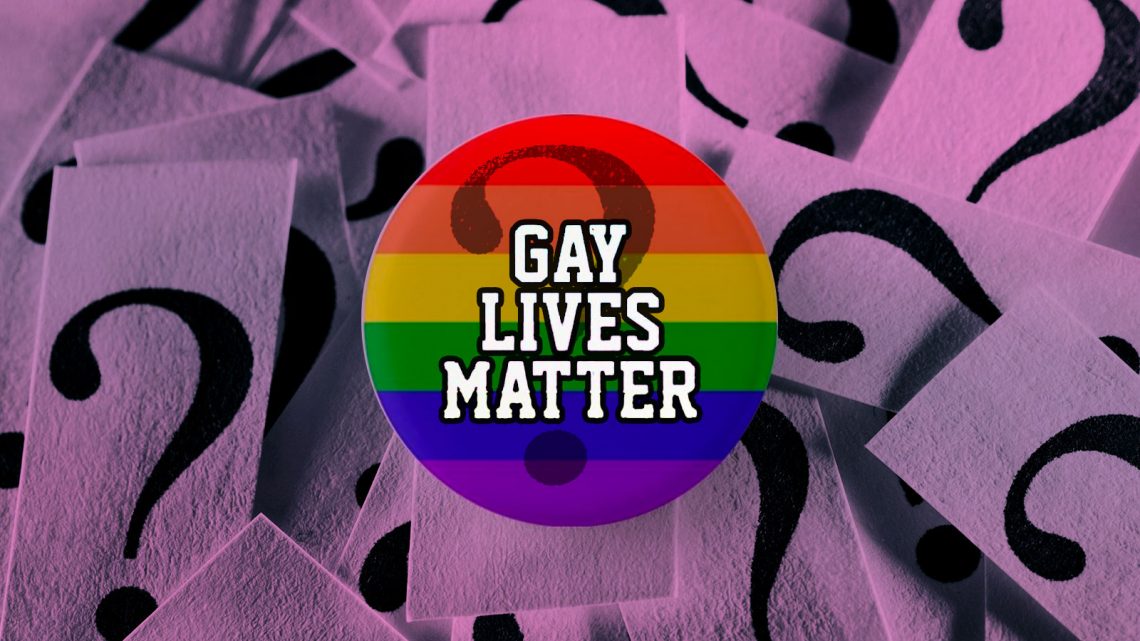 I am going to venture that they do not. That is, unless the fact of their deaths can be attributed to the enemies of the Left. In which case, they are martyrs, but in any other case, Liberals don’t seem to care.

Three gay men were stabbed to death by a Jihadi terrorist screaming “Allahu Akbar” in Reading in June last year and there has been hardly any media coverage of it and practically none of the virtue-signalling interest and hysterics you’d expect on social media if the victims had been black or Muslim and the attacker had been a far-right Nazi.

There was literally more coverage and discussion of the few cases where a someone hurled racist abuse on a bus than of the targeted murder of a group of gay men in Reading.

At the time of the attacks, most of the media pretended that Jihadi war cry was “something unintelligible” and when the paucity of coverage was noted by some the excuse was that it was wrong to report on something before the full facts had been established at trial. I actually support this view, but not the hypocrisy of those who use it only when convenient. How many gender- or racially-motivated hate alleged hate crimes have made headlines long before the facts have been established? In several cases, they have been exposed as hoaxes, though this has not stopped the media’s enthusiasm for editorialising, or the public’s appetite for social-media hysterics. But not so in this case.

Ask yourself, is your Facebook timeline or your Twitter feed full of commentary and outrage about this case as you’d expect if a neo-Nazi had murdered a group of black or Muslim people? Is anyone even mentioning this case, let alone calling for any action or “change” (as it is frequently expressed) in the wake of these killings?

Similarly, there was a knife attack near the gay district in Birmingham in September about which we know very little. One man was killed and several people injured. What are the facts of the case? It is hard to find out and no one is speculating as surely they would if the motive appeared that it might be racial. Once again, to be clear, I think it is right not to speculate before a trial has established the facts, but this is not the usual practice by either the media nor the liberal public. But I digress.

The Reading killer, a combat-trained Libyan ‘refugee’ had been in prison in the UK but his deportation was halted on ‘human rights grounds’. In prison, he befriended a notorious hate-preacher. In his trial for murder, the prosecution persuaded the court that, in the words of QC Alyson Morgan:

The killer claimed he was dispatching the “wrong uns”, and said “they deserved it”, which considering all his victims were gay can’t reasonably be interpreted as meaning anything else.

Despite this, there have been no urgent calls to address Islamism in the way furious calls to address “systemic racism” and “white supremacy” are made when the motive of a crime appears to be racial or religious hatred. There have been no demands equivalent to calls to address “patriarchy” when a crime is gender-based. There have been no marches or demonstrations for these gay men. Neither has there been any apparent outrage over the fact that the court appears not to have probed the implications of the “wrong uns” confession, nor did the judge appear to factor it into sentencing. It is hard to imagine this oversight in any other apparent hate-crime, and it is hard to believe the liberal public would accept such a deficient verdict.

I would venture that is because their lives cannot be used as a political cudgel, so in that sense, to the left, to fellow-travelling virtue-signalling liberals, and to the ‘woke’ media, their deaths served no purpose, and in that sense at least, do not matter.