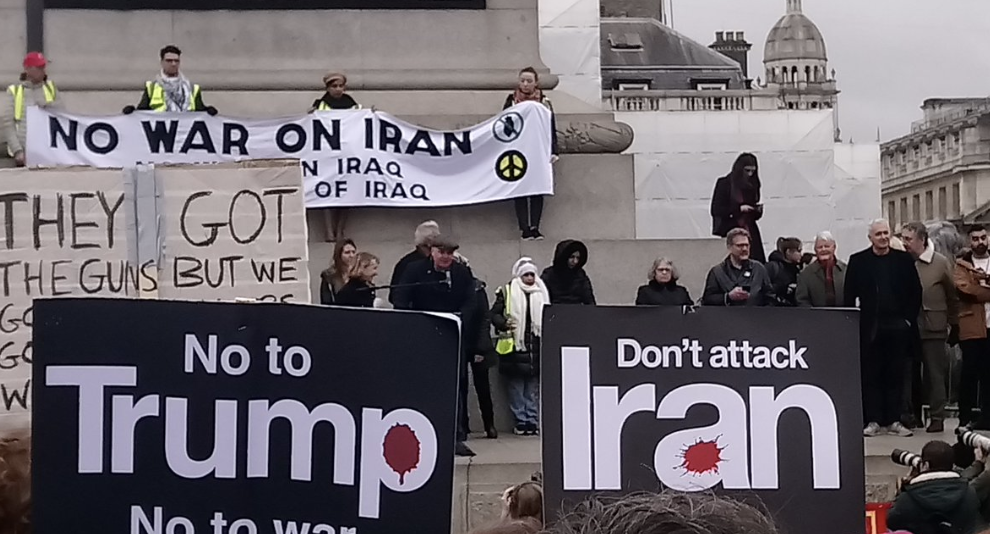 Iran has admitted “unintentionally” shooting down a Ukrainian passenger jet, killing all 176 people on board.

An investigation found that “missiles fired due to human error”, President Hassan Rouhani said. He described the crash as an “unforgivable mistake”.

The military said the jet turned towards a sensitive site belonging to Iran’s Revolutionary Guards and was then mistaken for a cruise missile.

Iran had previously rejected suggestions that it was to blame.

Right now there is a Stop the War Coalition demonstration going on in central London.

As always there is more concern for those who took the lives of innocent civilians, in this case including three Britons, than those who perished. There is no prospect of a war on Iran.

Ironically a month ago the regime was found to have murdered 1500 Iranians (more than the number of demonstrators out in London today) for doing the same thing they’re doing right now; exercising their right to demonstrate. 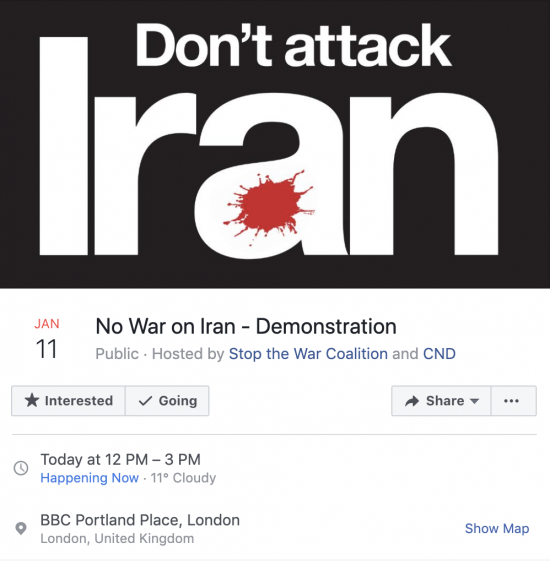 The protest against Suleimani’s killing in London is pro-Iranian regime, not pro-peace. Not one word condemning Tehran shooting down a civilian airline or Iranian missile strikes. Corbyn speaking later. pic.twitter.com/mUeEOS5gEF

Attacking the Americans is OK though…

Been given a leaflet titled ‘Defend Iran’ at the protest against Suleimani’s killing that Corbyn is due to address later. Says “we defend Iran’s right to retaliate against imperialist military forces, as it has done in Iraq” pic.twitter.com/2sXjoFuXDO

Leader of the opposition Jeremy Corbyn is to speak.

Lots of people are going to have egg on their faces after declaring Iran the victim of a conspiracy. Here’s a tweet from John Pilger, a man who’s clearly not averse to lying to his own Twitter followers, it has since been deleted; 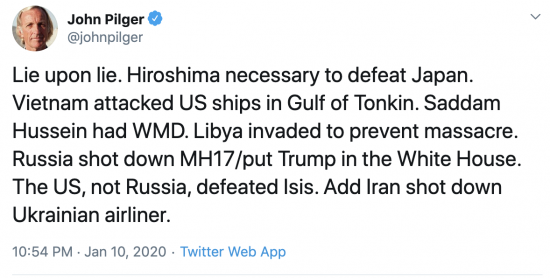 With thanks to James Bickerton for taking the trouble to go down to this event. He does us all a service.