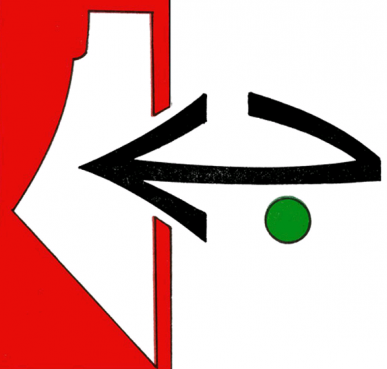 The Popular Front for the Liberation of Palestine were some of the most sadistic terrorists at a time when sadism was all the rage in the killers who were attacking Israel. I just saw that the person who designed their logo was an UNWRA employee from Jerusalem called Vladimir Tamari

Following the overwhelming Arab defeat and the total occupation of Palestine, including Jerusalem in the Arab-Israeli War of June 1967, the Palestinians countered with a guerrilla war – the Resistance. I was in Beirut at the time, cut off from home and family, and working for UNRWA the United Nations Agency to support Palestinian refugees in the audio visual section. When our our film group went to the Jordan river to film the stream of Palestinian refugees fleeing the war, I tried entering Palestine. I said “Salam” (Peace) to the lone Israeli soldier posted there on the bridge. He replied smiling “Shalom” but with his gun prevented my return to Jerusalem, my birthplace, and to Ramallah my home. Later in Beirut I worked in the UNRWA-UNESCO Institute of education as an illustrator.

Skip to this bit

Mona had contacts with the PFLP, and had the idea to change the Fa of the logo to the Arabic letter Jeem for Jabha i.e. Front. This I implemented using the distinctive curved Jeem from AlQuds. Mona took the logo suggestion to Ghassan Kanafani, the spokesman for the PFLP. Kanafani the famed Palestinian novelist, was also a gifted amateur artist and he immediately understood the impact of the symbol and had it adopted by the group, after changing the square format to a circle. People in the movement liked the logo and the years and decades passed as it appeared in all sorts of posters, flags, wall graffiti everywhere in and outside Palestine.

“He expressed regret for what he calls some serious mistakes made in the name of Palestine, such as the targeting of innocent civilians. In a spirit of disillusionment I left Beirut for good, and emigrated to Japan where I limited my activities for Palestine to designing posters, giving talks, and the like, devoting myself to my art and inventions.”

He clearly still couldn’t bring himself to call those “mistakes” what they really were; murder. 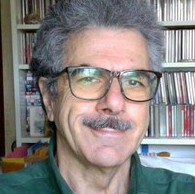