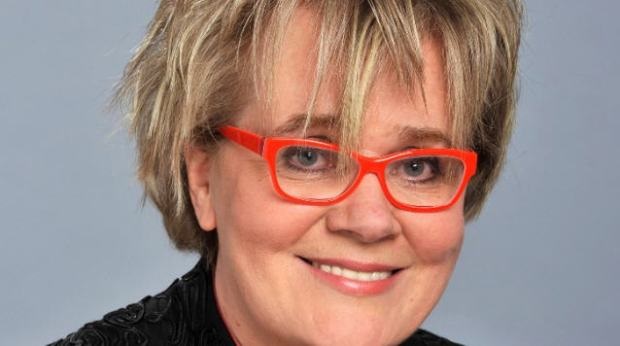 David Irving, the “historian” infamous for his denial of the Holocaust, has a long working relationship with the Hungarian far right. Irving’s career is well summarized in Wikipedia, including a mention of his book about the Hungarian Revolution of 1956, in which he claims that the uprising was actually an anti-Jewish pogrom. Of course, such a claim has no basis, but Hungarian right-wing anti-Semites embraced it. Once denying the Holocaust became unlawful in several countries, Irving, who liked to go on speaking tours, was expelled from several countries, including Canada and Germany, and he was briefly jailed in Austria.

Irving was a frequent visitor to Hungary, where at that time no law yet existed against Holocaust denial. In 2003, his hosts organized an “author-readers” encounter in a Budapest theater, part of which was aired on MTV-2. Here Irving repeated his false claims in a “cultural program” called “The Lower Depths,” whose editor, Beatrix Siklósi, exerted no editorial control and didn’t correct Irving’s obviously wrong interpretation of the events. As a result, Siklósi, already known for her far-right political views, was discharged from Hungary’s public television station, and her program was taken off the air.

A couple of weeks after her dismissal, Siklósi’s friends, the anti-Semitic Jobbik and the far-right “Conquest 200 Association,” organized a demonstration in front of the MTV building on her behalf. There, Katalin Kondor, another far-right “cultural” personality who was appointed director of Magyar Rádió during Viktor Orbán’s first administration, delivered a fiery speech about democracy and freedom of speech. She bemoaned the fact that the “truth [about 1956] could be uttered only on one TV program” and even that venue is now closed.

Once out of MTV, she, along with “The Lower Depths,” moved on to the extremist Echo TV, where she went so far as to approvingly quote Ferenc Szálasi’s ideas. Her exile ended two years after the return of Viktor Orbán as prime minister of Hungary in 2010, when she began working for MTV again as a “cultural adviser” despite the fact that she was caught re-posting racist and anti-Semitic jokes on Facebook. On October 15, 2014, she was appointed “executive director” of MTVA’s project on “religious, nationalities, and diaspora” affairs, but her prestigious job suffered a serious setback when the leaders of the so-called historical churches — Cardinal Péter Erdő, Hungarian Reformed Bishop Gusztáv Bölcskei, Lutheran Péter Gáncs, and András Heisler, president of Mazsihisz — wrote a letter to the head of MTVA. They expressed their distress that they learned about Siklósi’s appointment only from the media and said that they “find Beatrix Siklósi unacceptable. Her overtly exclusionary and anti-Semitic remarks and statements render church programs unqualified and unreliable.”

The head of MTVA wasn’t impressed by the church leaders, and he expressed his regret that they had repeated the attacks on Beatrix Siklósi that had appeared in the media. He noted that, only recently, she had received the apostolic blessing of Pope Francis from Péter Erdő. Nonetheless, confronted with their joint protest, he agreed to take church affairs away from Siklósi and said that MTVA would consult with them regarding her replacement.

Despite everything, Siklósi’s rise at MTVA seemed unstoppable. In July 2018, she was named director of M5, the state television’s cultural channel. In an interview with Origo, she outlined some of her programming plans, including inviting “outstanding intellectuals from inside and outside of the country who have something to say about the future of the western world.” Protests immediately followed her appointment. TEV (Tett és Védelem Alapítvány), a Jewish organization established by EMIH (Slomó Köves’s religious community), Mazsihisz, and Szim Salom Progresszív Hitközség jointly wrote a stern letter after her nomination became known, but, as I have been able to ascertain, MTVA ignored the demand for her removal. One reason for her soaring career might be her utter devotion to Viktor Orbán, whom she praises every time she has the opportunity.

I took a quick look at the recent programming of M5 and found it one-sided and shallow. What is worrisome is that the programming this woman supervises deals not only with culture but also with political topics like the interpretation of the 1989-1990 political changes in a new program called “This is the question—It began 30 years ago.” One doesn’t need a lot of imagination to guess what kind of historical revisionism, under the guiding hands of Beatrix Siklósi, awaits the audience. One upside is that it will probably reach few people because, from Siklósi’s interview with Origo, I gained the impression that it is a channel few people bother to watch.

And now, Beatrix is again in the news. She has reached the pinnacle of her career. She will be the director of Kossuth Rádió. Her Facebook page, which used to be full of racist and anti-Semitic remarks, today is practically blank, with the exception of a large and benign photo of her. No longer can we read such gems as: “Israel is coming, defend your country, Hungarians!” She spread fake news about Israel attacking Iran in 2011. A year later she posted a racist joke that told the story of a Montreal apartment house in which a Muslim, a Gypsy, a Black, an eight-member Pakistani family, and a white couple lived. After a fire, they all perished except for the white couple. Why? They were the only ones who “went to work.”

We will see how long she will head Kossuth Rádió. It is my hope is that she will depart soon after the 2022 national election, and not on her own volition.