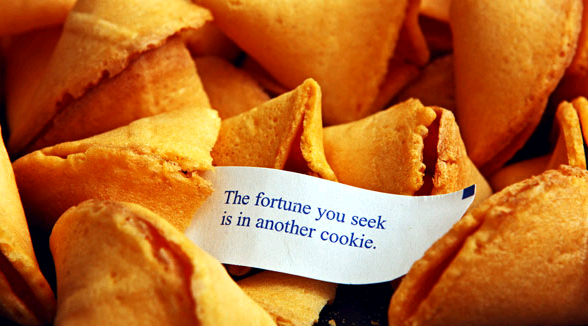 Having considered the Liberal Democrats and Labour in this end of year round up it’s time to look at the Conservatives and a quite remarkable transformation.

They were fourth in the EU elections and increased their vote share about fivefold in under six months. Additionally, they have possibly become the only party of government for the near future.

After the first three elections of the century the LibDems had the following seats:

Since the coalition the situation is:

Labour has been reduced to 203 seats, short of a majority by about 120 which could take several elections to reverse. This can be seen by looking at the greatest number of seats gained since WW2:

Even for Labour to be able to think about forming a coalition would require significant gains – Cameron had 305 seats after the 2010 election – although the Conservative majority would disappear were they to lose 40 seats.

It’s sometimes said that oppositions don’t win elections, governments lose them and there’s truth in that. The Johnson government is in a strong, but not unassailable, position.

After the 2016 US Presidential election a friend wondered why a country of 300 million+ couldn’t do better than Trump and Clinton?

Johnson is not without “baggage” although it’s considerably less than, and not as unsavoury as, Corbyn’s. His ratings were better than Corbyn’s but still negative, the lesser of two evils.

He sometimes has difficulty thinking on his feet which can make him look awkward. He did better in the second TV debate as he was able to give longer answers without interruption.

Considering the diversity in his administrations it’s difficult to make charges of racism or misogyny stick.

He’s been described as “slippery”; Andrew Neil would have cut through the waffle and he could have done as poorly as Corbyn so it’s not surprising he dodged him, although both Johnson and Corbyn “missed” Radio 4’s Today. A solution is to avoid ambiguous policies; are those 50,000 nurses new or more? It seems that the public didn’t take away a particular figure so the sleight of hand was wasted.

On the positive side he’s a “big picture” person which enables him to project a vision, “Get Brexit Done, Unleash Britain’s Potential”, and this talent seems to have helped sort out a revised Withdrawal Agreement Bill, with Varadkar he “saw” what a new deal looked like. This is a very useful ability, too many can’t see the wood for the trees, but is dependent upon having good people – not “Yes” men (or women!) – to advise and then deliver.

It’s difficult to understate the power of humour such as “Let’s Get Brexit Done but first, my friends, let’s get breakfast done” to send people away smiling.

Beating a Labour Party fighting the last election might have been the easy part. Johnson and his party now have a constituency that has rarely, if ever, voted Conservative – but media reports suggests they are taking the challenge seriously.

Increasing the National Living Wage – an interesting piece of pragmatism – and the National Insurance threshold should help those at the bottom, but Universal Credit must also be fixed.

A revised immigration system may provide a feeling of job security.

Some 93% of households have internet access and increasing that provides a number of benefits. Price comparison and energy supplier switching websites make the money go further and much recruitment is now online. The preferred, and lowest cost, method of communication with most parts of government is now online. This looks like a worthwhile investment.

Infrastructure can help growth but it usually takes a couple of years before the first shovel goes in the ground. If a two-parliament approach is adopted, starting work in 2022/3 makes “Delivering” the theme for 2024 and “Delivered” for 2028/9.

There is more to do than photo opportunities in hard hats.

Whilst the 31st January may be the end of the beginning of Brexit there is still a free trade agreement with the EU to negotiate by Johnson’s deadline of the end of 2020. There are wildly divergent views on this, but they can’t all be right!

The investigation into prejudice needs to be thorough, Labour antisemitism is a salutary lesson.

The Conservatives last had most Scottish seats in 1955, and were replaced by Labour until the SNP’s 2015 “landslide”, and their raison d’etre is independence, irrespective of Brexit. Westminster can probably refuse indefinitely and the media may tire of “Sturgeon demands IndyRef2, Boris refuses” headlines but it would be sensible to try and work out both how to win a referendum, and also how to lose one, that is to not be in the situation Cameron found himself in in 2016.

Much can go wrong as many of his predecessors found, so it’s uncertain whether Johnson can dominate and, maybe, define a decade, and I’m still not sure if I’d buy a used car off him!

It’s a decade since we’ve had a government with a decent majority and we’re yet to see how they use it – definitely interesting times!