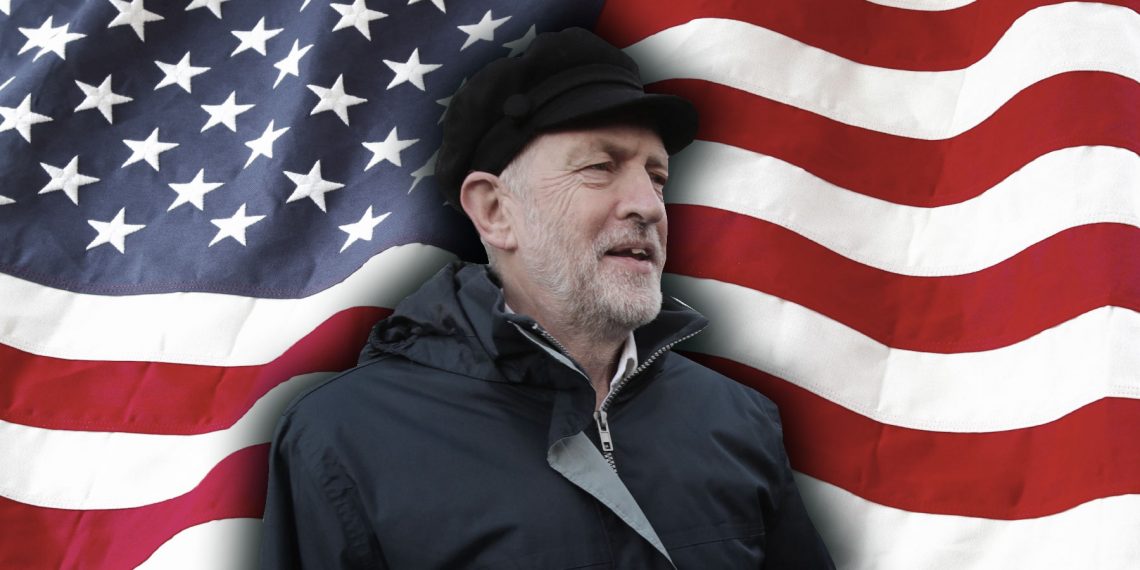 The new ‘British Invasion’ of America has less to do with Paul McCartney lunchboxes and novelty Ringo wigs, and everything to do with the absorption via some mysterious globalised ‘woke’ ideological osmosis of Corbynite politics.

So let’s play some Corbynite Bingo.

(1) Economically illiterate and innumerate anti-capitalist pie-in-the-sky policies that leave even party veterans scratching their heads. Yup, the mad mathematics behind the Democrat’s own Sarah Palin, Alexandria Ocasio-Cortez’s scuttling of the Amazon deal and the so-called “Green New Deal” certainly fit the bill.

(2) The ever-strident antisemitism, followed up by the claim that the criticism is made in “bad faith”. Ah, here it is, in The Guardian:

While Pelosi was keen to stand next to Omar in a photo touting the diversity of the Democratic party, she has proven rather less keen to stand up for her colleague in the face of bad-faith attacks.

Let’s recap this fiasco, shall we? A recent comment from Omar about the pro-Israel lobby immediately sparked accusations that she was being antisemitic. This is the second time Omar has faced such accusations

Yes, we’ve heard all that before this side of the pond. Check!

(3) The denunciation of a popular and successful leader, and dismissing their supporters as “Blairites” and “Red Tories”? Let’s check the score card…

Oh, here it is. In Politico, in the preface to an interview with Ilhan Omar, they say:

[T[his 2018 class has demonstrated at warp speed its capacity for manipulating the trajectory of the post-Barack Obama Democratic Party, its presidential hopefuls succumbing to the gravitational pull of the freshmen agitators within weeks of their taking office.

Any alarm bells yet? Well wait for it. Here’s Omar:

As she saw it, the party ostensibly committed to progressive values had become complicit in perpetuating the status quo. Omar says the “hope and change” offered by Barack Obama was a mirage. Recalling the “caging of kids” at the U.S.-Mexico border and the “droning of countries around the world” on Obama’s watch, she argues that the Democratic president operated within the same fundamentally broken framework as his Republican successor.

“We can’t be only upset with Trump. … His policies are bad, but many of the people who came before him also had really bad policies. They just were more polished than he was,” Omar says. “And that’s not what we should be looking for anymore. We don’t want anybody to get away with murder because they are polished. We want to recognize the actual policies that are behind the pretty face and the smile.”

There we go. Check! and BINGO!

Now some say that there is nothing to worry about, that US politics has a very different dynamic to UK politics. This was true, but I don’t think it is necessarily still the case. For one thing, social media has driven, if not a globalisation of political concerns, certainly a coordinating ideological consensus across western countries. And it is omnidirectional: we’ve seen tens of thousands marching against President Trump in London, we’ve had “Black Lives Matter” protests in London, even though the phenomenon of UK police shootings is practically non existent. We’re now in each other’s heads, we trans-Atlantic cousins. Internet-driven polarisation is only making matters worse and the phenomenon more acute.

Culturally, the Millennial issues of “Social Justice”, Intersectionality, policing speech, and so on are playing out across YouTube and Western university campuses and harmonising political obsessions.  There is no reason to believe that this won’t affect mainstream electoral politics in due course as more and more of the ‘woke ‘n’ wired’ generation come of voting age.