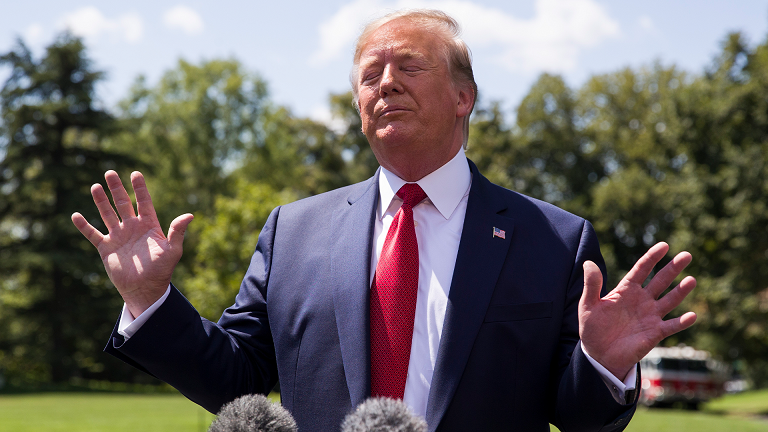 The strangest thing about Trump’s latest series of unhinged rants– stranger than quoting a wacky conspiracy theorist comparing him to the King of Israel and the Christian Messiah, stranger than calling the Danish prime minister “nasty” because she won’t sell him Greenland, stranger than calling himself “The Chosen One” while looking skyward, stranger than thinking he can alter the 14th Amendment to the Constitution by executive order–  is that he actually seems to believe that by calling the 70+ percent of American Jews who vote Democratic disloyal or ignorant, he will shame us into voting Republican.

If so, he doesn’t know a damn thing about American Jews.