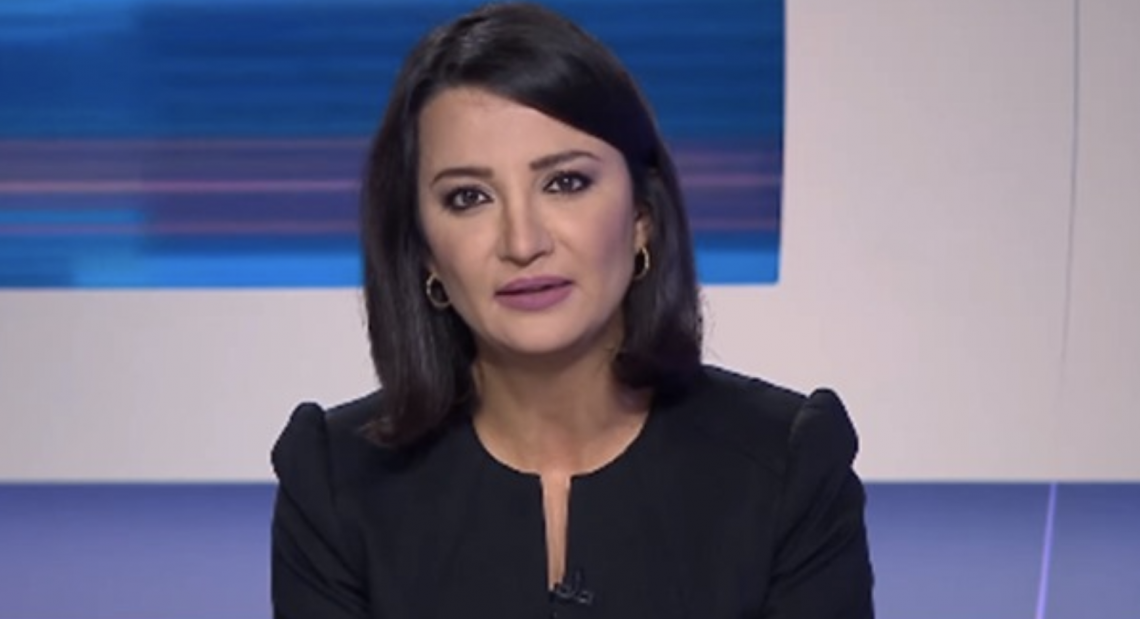 “This Holy Land belongs to Palestinians Because Palestinians are Semitic unlike the Israeli Khazars who are occupiers !!” tweeted Ghada Oueiss, a Qatar-based news presenter.

Here are a bunch more: 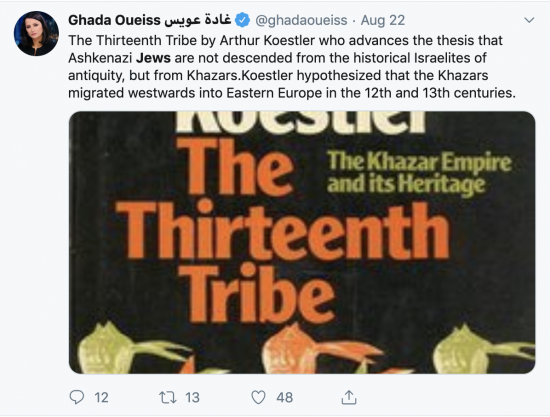 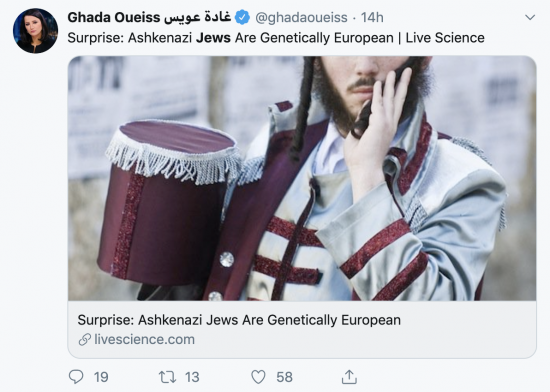 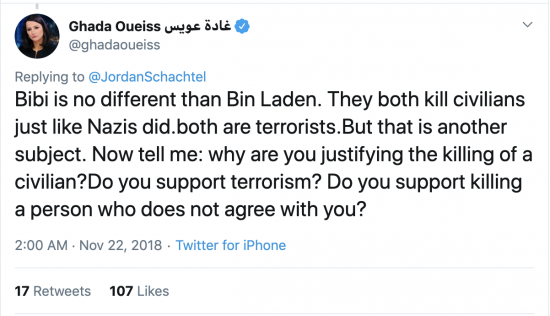 JTA notes that “In May, the Qatari news channel suspended two journalists for making a video in which they said the Holocaust was “different from how the Jews tell it.””

Wonder how Mehdi Hasan is going to spin this one.