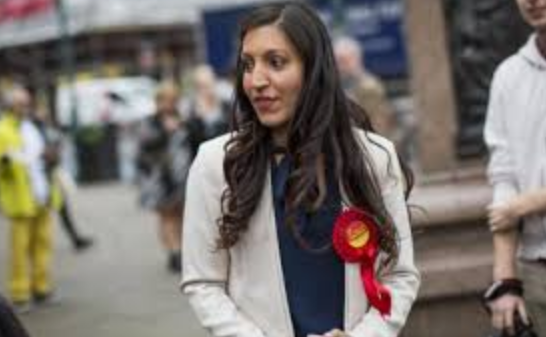 The Labour MP for Tooting has recently described on Twitter her experiences in Israel/Palestine – and some of the reactions she received.  She traveled to the region in order to try to establish the nature of the problems faced by Palestinian children (particularly in Gaza) with a view to seeing if she could help in any way.

Allin-Khan was particularly concerned that children, undergoing treatment in Israel, had to be separated from the parents, causing great distress. She raised her concerns about this with the Deputy Israeli Ambassador, and later visited the Israeli embassy to discuss the matter of permits in more detail.  This approach implies that she recognizes that the Israelis are motivated by anxieties about security and would prefer not to separate these families if these could be allayed.  Like Lib Dem MP Layla Moran, whose own background is Palestinian, she is able to articulate clear criticism of some of Israel’s policies and actions while rejecting hateful rhetoric and conspiratorial tropes.

Her willingness to work with Israeli organisations to seek a constructive solution was too much for some supposed friends of Palestinians.  Here’s a sample of some of the more hateful responses her efforts elicited, some of them unambiguously antisemitic. 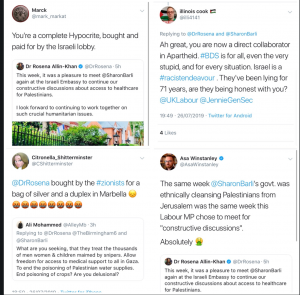 I’ve worked with Palestinians across the Middle East for 10 years – but these racists think they can sit behind a keyboard here in the U.K and troll someone genuinely trying to help. It’s revolting – it’s wrong.