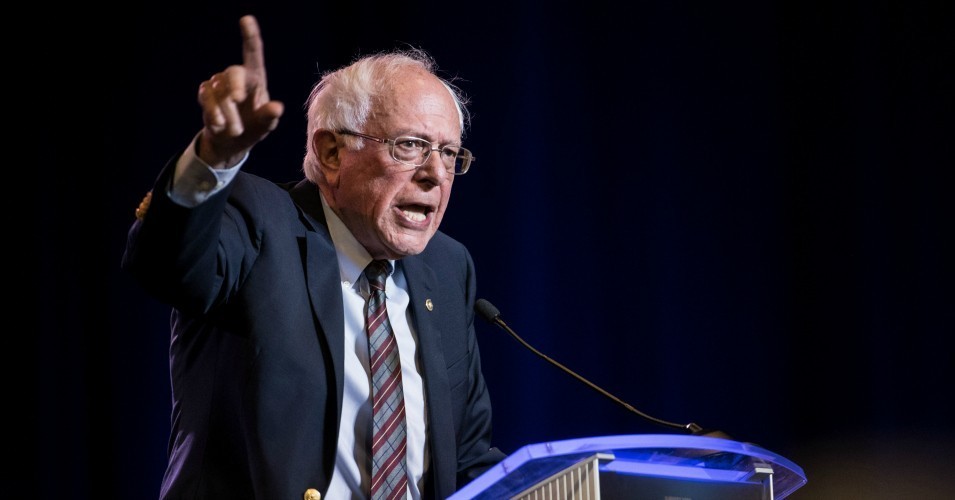 This is a cross-post from the Ordinary Times 2020 Election Symposium.

A spectre is haunting America – the spectre of socialism. At least, that is what conservative media outlets and wealthy donors would have you believe.

While “socialist” has become so muddled as an economic and social philosophy in the public debate rendering it close to meaningless, having a full throated social democrat running for office is something to celebrate.

Bernie Sanders is not a socialist, even if he claims to be. The vision he is proposing for America is social democracy to its core. In a 2019 campaign speech, Sanders quoted Franklin Delano Roosevelt when articulating his definition of the term (“We must recognize that in the 21st century, in the wealthiest country in the history of the world, economic rights are human rights. That is what I mean by democratic socialism”.) He is right to reference and gain inspiration from American leaders like FDR. We must remind our fellow citizens, even those who claim to hate “big government”, that some of our greatest national achievements were thanks to social democratic practices. Sanders is right to remind Americans that many of their most cherished public institutions are ones that would be slandered as “socialist” by talking heads and demagogues. “When Trump screams socialism, all of his hypocrisy will not be lost on the American people,” Sanders said. “Americans will know that he is attacking all that we take for granted: from Social Security to Medicare to veterans’ health care to roads and bridges to public schools to national parks to clean water and clean air.”

Bernie’s platform calls for a national minimum wage of 15 dollars, free public education, a repeal of the Trump tax plan and capping the size of financial institutions. It’s clear that his rivals in the Democratic field have adopted many of these same principles, resulting in some questioning whether a Sanders run in 2020 is redundant and unnecessary. I would challenge that position and return to why I back Sanders over other candidates currently in the race.

The Sanders political agenda is not radical, but his presence as a major (and popular) force in American politics is. The US is not just in an era of malaise as it was in the 1970s; we are experiencing a dangerous worldwide turn towards autocracy, racism and illiberal-ism resulting from an economic system that does not provide hope to a majority of its workers. Around the world, right wing populism has capitalized on the rightward economic shift within liberal and left wing parties. Climate Change is not a hypothetical event that will trouble our children’s lives, but rather an existing catastrophe that is already drastically altering global politics. When major cities are running out of water now, sweeping action is necessary. The Sanders candidacy (and hopefully, eventual presidency) is an important step in re-situating the Democratic Party as one built around the needs of working people and as a bulwark against right-wing populism. For the Democratic Party to be a force for good and not simply a slightly better alternative to Trump, it must articulate a vision for what it stands for that puts working people, of all races, creeds and stripes, clearly at the forefront of its policies. Berman and Snegovaya, two academics studying social democratic parties in Europe, quote Portugal’s Prime Minister António Costa who has rejected the argument that the fate of one’s country is out of the citizen’s hands:

“As Costa put it, his government’s program was designed to make clear that “there is an alternative to ‘There is no alternative.’” In a speech to the European Parliament, he reminded his colleagues that “What sets democratic politics apart from populism is that democratic politics does not tap into fears. … Democratic politics feels people’s problems, combating fears and angst and give[s] hope back to people in their future.”

The Sanders campaign, and the movement behind it, is attempting to do the same within the Democratic Party.

Lastly, Sanders’ base of support demonstrates just how well these social democratic ideas resonate with the very people they intended to support. While online spaces may have their share of obnoxious Bernie fanatics, his actual electoral coalition looks very different than the Twitter Bernie Bro. While I would be happy to vote for Warren against Trump, Sanders’ supporters are generally poorer and less university educated than Warren’s base.  Sanders earns a greater share of African-American voters than anyone other than Biden. Sanders’ base of support is ethnically diverse and young, which could result in said coalition not coming out for a lukewarm candidate in the general. The Democratic Party cannot risk losing its working class support, and Sanders can help get those voters to the polls.

The socialist caricature haunting the minds of the well-to-do will understandably never materialize, but Democrats must run a candidate who actually represents what those forces wish to limit: someone willing to use the political system to help working people and not the rich.

A Word on Democracy