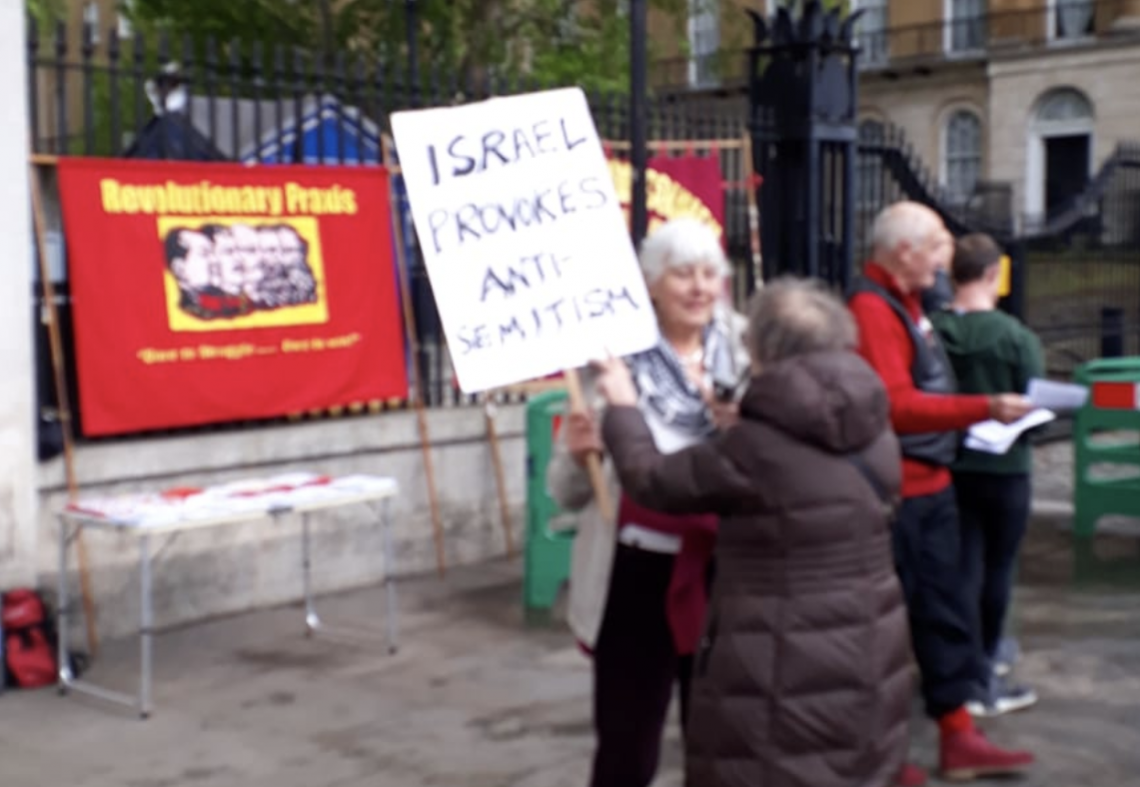 The Palestine Solidarity Campaign held a demonstration against Israel today in central London.

Ahed Tamimi had been flown over to the UK to speak at today’s antisemitic hate fest through the streets of London. Some of the nastiest antisemitism yet seen at such a demonstration was apparent there.

Ahed Tamimi thanking the crowds for their ongoing solidarity with the Palestinian people!
She says: “We will not be made victims! We will continue to resist!” 🇵🇸 #ExistResistReturn #FreePalestine pic.twitter.com/9yKy4RKm0n

Click through to read the whole thread from today’s antisemitism hate fest.

THREAD today in London the @PSCupdates together with @FriendsofAlAqsa organised a demonstration for Palestine. Marchers called for "victory to the Intifada" and chanted "from the river to the sea Palestine will be free" arguing all of Israel is an occupied territory pic.twitter.com/p4hvDlfFrd

Note that this leaflet was distributed at the demonstration:

Leaflet being handed out in central London today at the pro Palestine demonstration. "Campaigning to rid @UKLabour of the Zionist scourge and the fraudulent @TheIHRA definition of antisemitism" #israel #Palestine #ExistResistReturn pic.twitter.com/uVtdwzBJOP

Antisemitism on the streets of London in 2019. https://t.co/y5h8w4MKtM

Quick Take a Pop at Israel – Everyone Else is