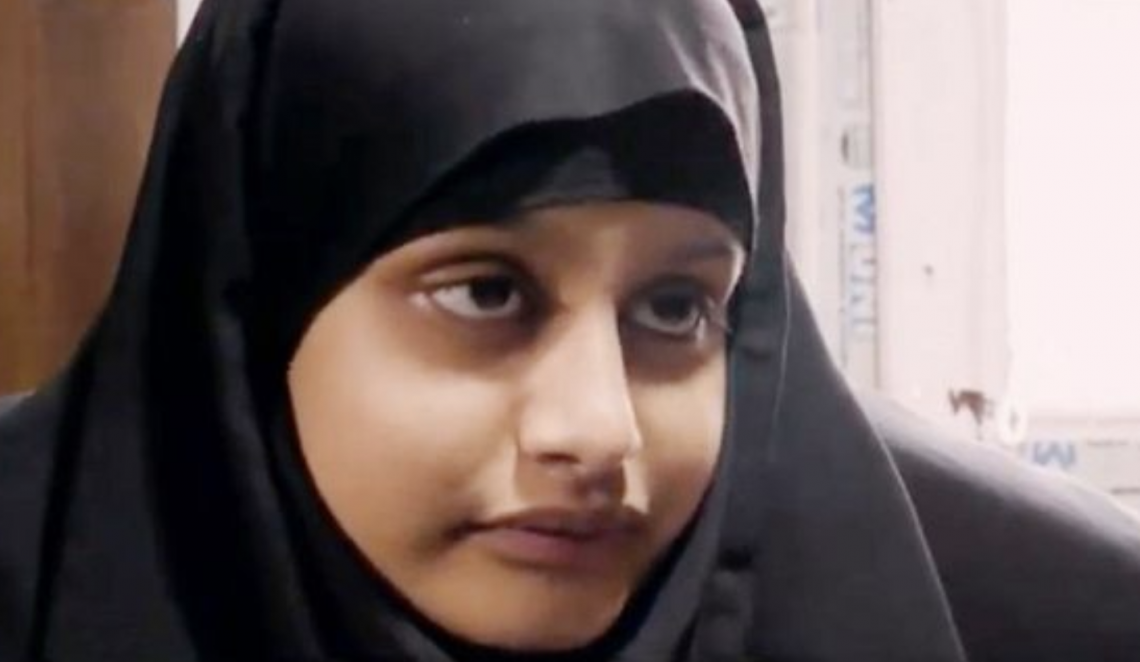 It has been reported that Shamima Begum, now 20, has lost the first stage of her appeal against revoking her U.K. citizenship. Begum was stripped of her citizenship in February 2019 by the then Home Secretary Sajid Javid on the basis (Section 40(2) of the British Nationality Act 1981) that it was conducive to the public good and she would not become stateless as a result. Begum’s lawyer Mohammed Akunjee is reported to have said on behalf of Begum’s family, that they are disappointed with the decision and that they were seeking all legal avenues to challenge it. However SIAC (Special Immigration Appeals Council) ruled in favour of the decision to deprive Begum of U.K. citizenship and said she could instead turn to Bangladesh for citizenship.

It seems Shamima Begum was not stateless when the decision to remove her U.K. Citizenship was taken. At the time, she had grounds to seek citizenship in Bangladesh or at least had citizenship until the age of 21, unless she didn’t actively seek it. The courts concluded Begum was “a citizen of Bangladesh by descent”.

Ex lege (as a matter of law) it does not appear to be an unfair decision and seems to be wholly proportionate. Whether the Bangladeshi government honour Begum’s right to seek and grant her citizenship is separate to the issue of removing her U.K. citizenship. It is not for the courts in the U.K. to decide another sovereign nation’s decisions in matters of law. All they can do is use the information that is available and base their judgment on that.

It is also worth noting that in the recent judgment, on the matter of whether Begum was a Bangladeshi citizenship, or had the right to seek it, the judgment concluded that not only was she a Bangladeshi citizen by descent, but also it was not in the gift of the Bangladeshi government to either grant or deny her citizenship. This seems to be the most clear cut statement, that the decision by Sajid Javid to strip Shamima Begum of her U.K. citizenship was not only in the interest of national security, but also, prima facie within the law.

On the matter of national security and why Sajid Javid stripped Begum of her U.K. citizenship, there is some value in assessing the position of MI5 in which they state:

“UK nationals travelling overseas to serve with extremist groups as “foreign fighters” present a potential threat to the UK, both while they are overseas and when they return to the UK.”

Shamima Begum may not be a foreign fighter in the conventional sense, e.g. killing innocent civilians, but if we go by her own unguarded oral evidence, then she was an active participant. For example, sewing suicide vests onto violent jihadi militants. If one doesn’t consider someone with the ability, and resolve to carry out such an act as a national security threat, then what is? This is why I am in agreement with Sajid Javid in considering Begum a threat to the U.K. It is also worth considering that we only know what is readily available and the evidence the Home Office has, is more substantial than what is currently in the public domain.

Morality of the Law

Despite the judgement concluding that depriving Shamima Begum of her citizenship was correct, Britain remains divided. It appears the central theme of those wanting Begum back in the U.K. are of the opinion that she is a citizen of the U.K. and should be put on trial and dealt with here. Removing her citizenship not only inhibits our ability to deal with our own citizens, but it also means we’re exporting terrorists. Whilst this may seem like a reasonable position, it is one that I am not entirely in agreement with. Shamima Begum, if she had committed crimes in Syria did so there, so it is unlikely that we would be able to legally deal with those crimes here in the U.K.

Liam Duffy a counter-terrorism professional is of the view that not only did Begum know what she was doing, but bringing her back to the U.K. could potentially mean she walks free. Duffy however doesn’t want Begum to remain a problem for the Syrian Democratic Forces (SDF), given that she was part of the death cult that massacred thousands of lives. Instead he would prefer that she is put on trial where there is a likelihood of successful prosecution, this could potentially happen in Bangladesh, but Duffy is adamant that it is unlikely to happen in the U.K.

A further point made by the proponents wanting Begum back, raise the issue of a two tier system. They are of the view that depriving someone of their citizenship because they have dual nationality makes them into second class citizens and is racist. For example, Omar Khan director of the Runnymede Trust states:

Shamima Begum was 15 when she was groomed online, was born & grew up in Britain & has never been to Bangladesh

If she was called Sarah Brown she wd never have had her citizenship stripped. She obv remains British & not Bangladeshi however Orwellian citizenship law & policy is

This may seem like a convincing position, to assert that the policy is potentially racist against someone that has a “foreign sounding name”, but it is a tenuous position. Haras Rafiq, Former CEO Quilliam and co founder Legatum Communications Ltd highlights the following:

But if her name had been Jack Letts, she/he would still have had citizenship stripped

Maybe in his eyes just the name Sarah Brown is special & he is by no means trying to insinuate that only brown people who r terrorist supporters loose citizenship 🤷🏻‍♂️https://t.co/N1xXxtDVLO

It is simply a statement of fact that if someone is a dual national, then they are able to apply for citizenship elsewhere. Depriving citizenship is an instrument afforded to the Home Secretary and one which isn’t taken lightly. If someone doesn’t have dual citizenship, then it would be difficult to strip them of citizenship because that would leave them stateless and this is illegal under international law. The same is not true for those with dual citizenship such as Begum.

It appears to me that some of the public believe that stripping citizenship is wholly immoral and should not be an instrument that is used ever. Be that as it may, the fact is, that it is an instrument afforded to the Home Secretary and for now, should be used appropriately and proportionately. If it is deemed unlawful to strip Shamima Begum of her citizenship as this case unfolds, then this is for the Judges to decide that based on the law, not based on public opinion. Public opinion has no bearing on the law.