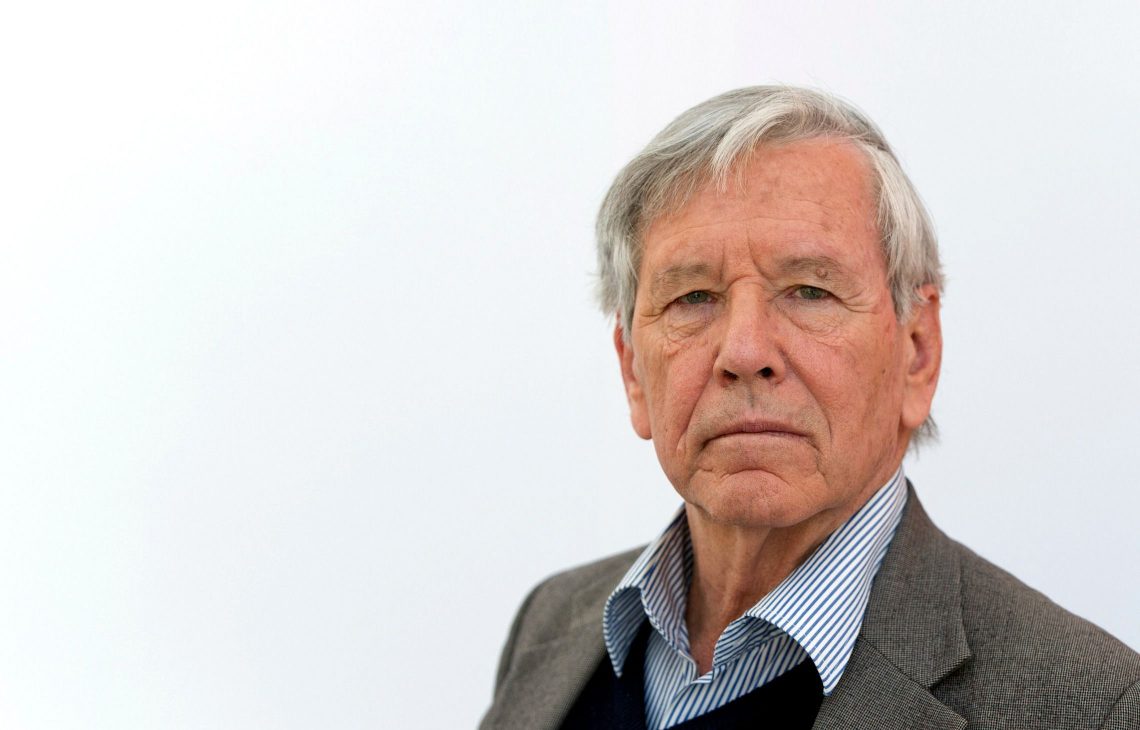 The great Israeli author and leftwing political activist Amos Oz has died at the age of 79.

Rather than attempt a grand overview of his life and works (his 1966 book Elsewhere Perhaps, set in a border kibbutz, may be the great Zionist novel), I will quote from some of my posts about him at Harry’s Place.

During the 2014 Gaza war, Oz– who fought in the 1967 and 1973 wars– was interviewed by Deutsche Welle. He restated his commitment to “a two-state-solution and coexistence between Israel and the West Bank: Two capitals in Jerusalem, a mutually agreed territorial modification, removal of most of the Jewish settlements from the West Bank.” And he reaffirmed his belief that the occupation of the West Bank is corrupting to Israelis.

But this is how he started the interview:

Amoz Oz: I would like to begin the interview in a very unusual way: by presenting one or two questions to your readers and listeners. May I do that?

Question 1: What would you do if your neighbor across the street sits down on the balcony, puts his little boy on his lap and starts shooting machine gun fire into your nursery?

Question 2: What would you do if your neighbor across the street digs a tunnel from his nursery to your nursery in order to blow up your home or in order to kidnap your family?

With these two questions I pass the interview to you.

The only alternative to continuing the Israeli military operation is simply to follow Jesus Christ and turn the other cheek. I never agreed with Jesus Christ about the need to turn the other cheek to an enemy. Unlike European pacifists I never believed the ultimate evil in the world is war. In my view the ultimate evil in the world is aggression, and the only way to repel aggression is unfortunately by force. That is where the difference lies between a European pacifist and an Israeli peacenik like myself. And if I may add a little anecdote: A relative of mine who survived the Nazi Holocaust in Theresienstadt always reminded her children and her grandchildren that her life was saved in 1945 not by peace demonstrators with placards and flowers but by Soviet soldiers and submachine guns.

From a 2004 interview with The Jerusalem Post on the idea of combining Israel and Palestine into a binational state:

I think the idea that two parties that have been warring for a hundred years should all of a sudden be pushed into a honeymoon bed together is insane. It’s as if someone had made Poland and Germany into one country in 1945.

A year ago, I was interviewed in Sweden by someone who was very enthusiastic about the idea of a binational or post-national state. He couldn’t understand why the Israelis and the Palestinians just couldn’t become one happy nation. I said to him, “I think the way the Scandinavian peninsula is divided is very strange – after all, the Swedes and Norwegians have the same church, have strong cultural ties, and have not fought a single war in over 200 years. Why don’t you become one country?” His answer was unforgettable: “Clearly, you don’t know the Norwegians; if you knew them, you would never suggest this.”

Some people want to behave as if nationalism didn’t exist. I myself am not hugely enthusiastic about the idea of nation states. I wouldn’t complain if we had lived in a world where there were hundreds of civilizations and ten of thousands of local regimes and no nation-states. But I would be insane to suggest that the Jews be the first and only ones to pioneer the post-nationalist era, by giving up their nation-state.

From the same interview on Zionism:

I regard myself as a critical Zionist. Zionism is a troubled family, and some of its members have trouble recognizing me as part of it, just as I have real trouble with certain other kinds of Zionists. Yet from the outset we had Communist Zionism, chauvinist Zionism, racist Zionism, sentimentalist Zionism, pragmatic Zionism.

From the same interview on his memoir A Tale of Love and Darkness:

When I wrote this book, I imagined it would be read by very few readers – those from the same village or the same vintage as myself. Surprisingly, it was read by many people and evoked responses by people who felt a need to tell me their own life stories in return.

On the plane to Geneva, a well-known Israeli Arab told me that reading my book was the first time he understood why Jews came to this country.

I immediately wanted to have it translated into Arabic.

On Palestinian nationalism, from his 1983 collection of writings In The Land of Israel:

He who declares on behalf of the Palestinians that they are not a group with a separate national identity but an extension of the “greater Pan-Arabic nation” is no different from Arafat, who presumes to declare that the Jews are nothing more than a religious sect and therefore unworthy of national self-determination. Just as I vehemently reject the religious decree of Rabbi Yasir Arafat in the question “Who is a Jew,” I do not recognize the right of anyone other than the Palestinians themselves to decide for themselves “Who is an Arab” or “What is a Palestinian.”

On the double standard to which Israel is held:

Finally, as someone who relished times and places of ordinary life when I lived in Israel, I like his tribute to the coastal city of Ashdod (from In the Land of Israel):

A small Mediterranean city is Ashdod, a pleasant city, unpretentious, with a port and a lighthouse, and a power station and factories and many landscaped avenues. Not pretending to be Paris or Zurich or aspiring to be Jerusalem. A city planned by social democrats: without imperial boulevards, without monuments, without grandiose merchants’ homes. A city living entirely in the present tense, a clean city, almost serene…

A pretty city and a good one, this Ashdod. And she is all we have that is our own. Even in culture and in literature: Ashdod. All those who secretly long for the charms of Paris or Vienna, for the Jewish shtetl, or for heavenly Jerusalem: do not cut loose from those longings– for what are we without longings?– but let’s remember Ashdod is what there is. And she is not quite the grandiose fulfillment of the vision of the Prophets and of the dream of generations; not quite a world premiere, but simply a city on a human scale. If only we try to look at her with a calm eye, we will surely not be shamed or disappointed.

Ashdod is a city on a human scale on the Mediterranean coast. And from her we shall see what will flower when peace and a little repose finally come.

Patience, I say. There is no shortcut.