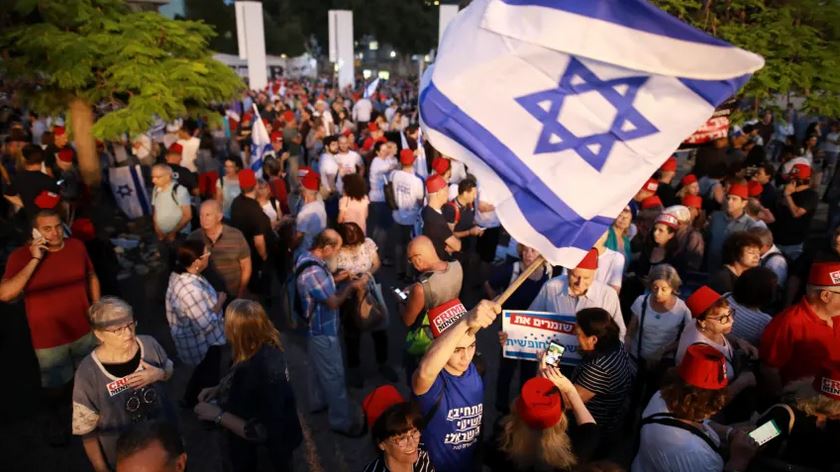 Tens of thousands of Israelis turned out in Tel Aviv on Motzei Shabbat to protest the attempted Erdoganization of Israel by Bibi Netanyahu.

The demonstrators spanned the spectrum of Israel’s political opposition, from Blue and White to Hadash.

A few days earlier I was driving through rural western Virginia when I came upon another Israeli flag. 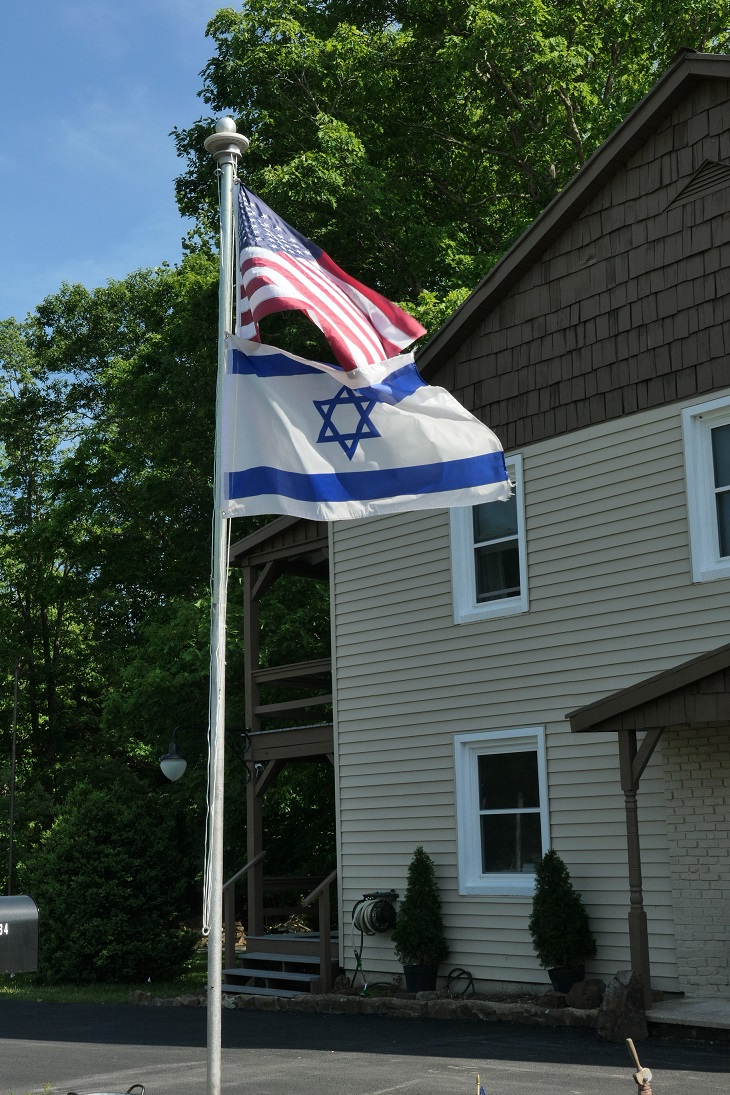 The location is a former motel converted to a Christian fellowship retreat. I told the friendly owner/pastor that I had lived in Israel for several years. He said he and his wife had visited “the land” last year and he prayed for the peace of Jerusalem.

He told me that not everyone who passes by is happy about the flag. “Some people say I should fly the Confederate flag instead.”

There are different ways of loving Israel.