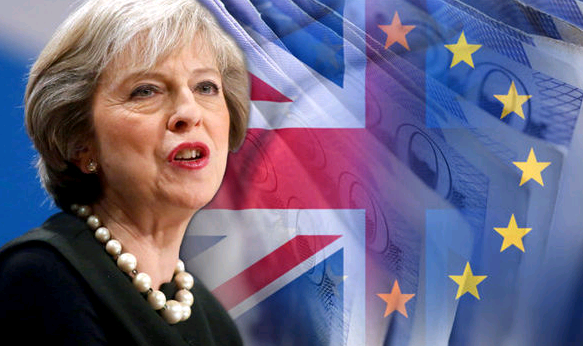 It’s been said that “To lose one Brexit Secretary may be regarded as a misfortune, to lose two looks like carelessness”, I just asked “Who’s Stephen Barclay?”

Theresa May has recently gained respect across the political spectrum and her recently improved poll ratings are a testament to sheer dogged determination.

I’m not going to discuss the ins and outs or rights and wrongs of her “deal” but I think she might, despite the naysayers, just get it through, although predictions, particularly about the future, are difficult.

The Chequers “plan” seems like a lifetime ago but it was only in July, a little over four months ago, and, like Mark Twain, rumours of its death seem to have been greatly exaggerated.

Had the 2017 election delivered the anticipated landslide things would have been much easier but she’s still at the crease, the Teflon woman. Ministers resigned – and were replaced. The European Research Group’s bluff was called – the known letters seeking a vote of confidence in her leadership are about half of those required and even if sufficient are received there is no guarantee that she’d lose the vote thus triggering a leadership contest.

Some want a, so-called, People’s Vote – some of us thought we had that on 23 June 2016 – but, although they’ve huffed and puffed, there is no agreement on the question, which would probably need the agreement of the Electoral Commission, and the timescales are uncertain.

Politically it was probably right for Labour to frame its “six tests” around the loose lipped claims of some Brexiteers but it’s important to remember that there were porkies from both sides during the referendum campaign. They have repeatedly said that they want an election but this would require over a hundred Conservative turkeys voting for Corbyn’s Christmas.

The EU are clear that the deal can’t be changed, this is understandable as there are people all round Europe working on Brexit who the member states would rather be doing other things and then there are the cracks developing over Gibraltar, fishing, etc. The more protracted the process becomes the more likely it is that others will break ranks.

There are those, across the political spectrum, who are resolutely against “no deal” although they are far from united as to what they actually want.

It’s uncertain as to what a second referendum or general election could achieve as “remain” might not be an option and Corbyn is seen by many as a Brexiteer.

Being in government is not always about choosing the best option, sometimes it’s about picking the least worst, this is a major problem for Corbyn, et al who have no experience whatsoever of government and having to deal with the real world outside their echo chamber.

There are some waverers who can be talked round or have their arms twisted but the deciding factor will probably be those desperate to avoid “no deal” who will have to look carefully at the proposals. In the real world “almost” sometimes has to suffice and if they consider it 75%, 80% or 85% acceptable they might back it.

The mathematics are far from certain but I wouldn’t bet against it.