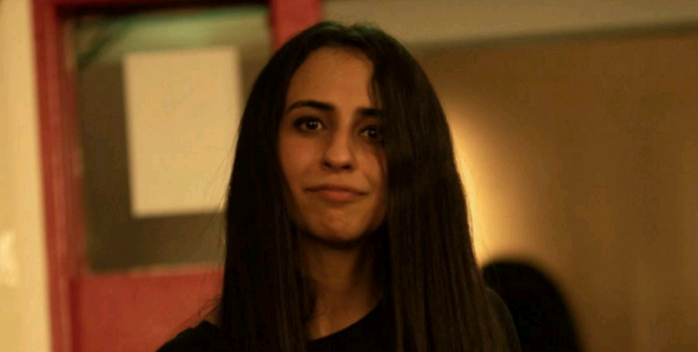 This weekend the Palestine Solidarity Campaign is holding a conference against Apartheid organised by a new staff member called Huda Ammori.

She shared a post referring to “3 Palestinian youth who were killed and executed in cold blood by the Zionists forces today in Jerusalem city.” In fact they were killed while carrying out a stabbing and shooting attack in Jerusalem where they killed one police officer and wounded six others. A knife is clearly visible in one photo and even Palestinian media reported that it was a terror attack (see below). 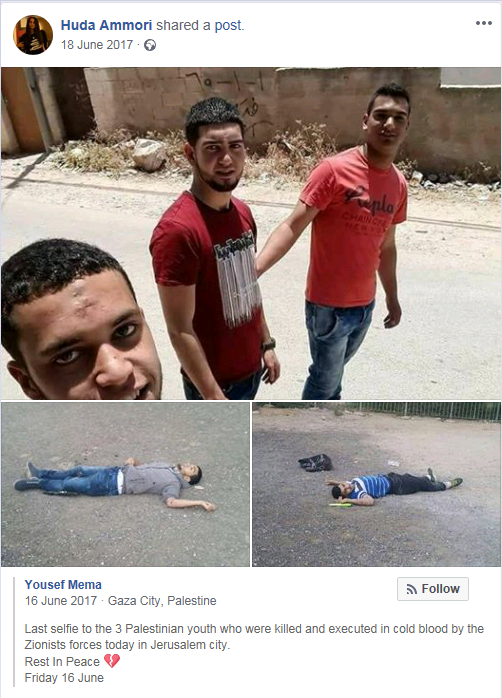 “Three Palestinians were shot dead by Israeli soldiers after they carried out a dual anti-occupation attack on Friday evening in Occupied Jerusalem. An Israeli policewoman was killed and six Israelis were injured in the attack.” 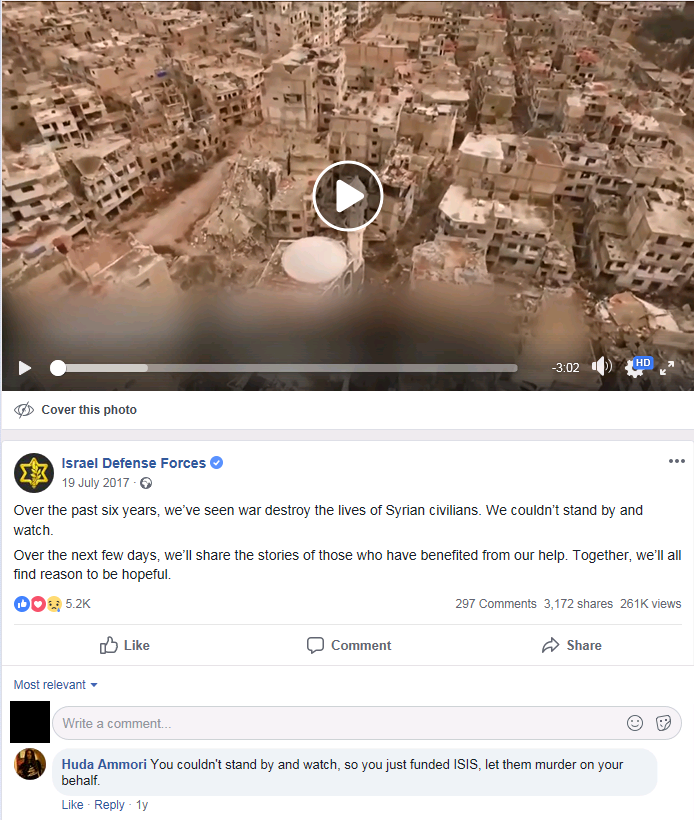 Huda even thinks that the Syrian humanitarian group, the White Helmets, are some kind of conspiracy against Assad: 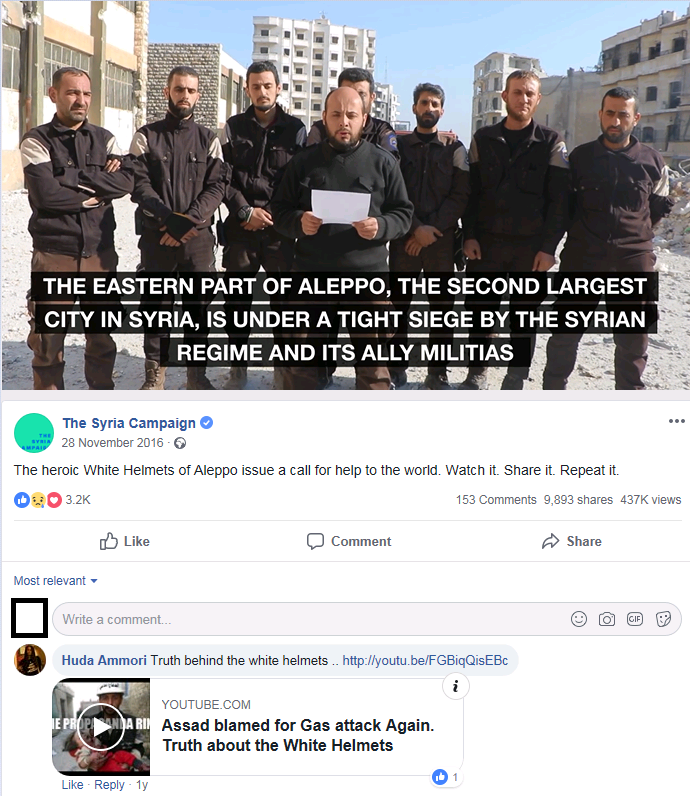 This weekend Huda has organised a PSC Apartheid Conference. The blurb for the event states:

“The institutionalised discrimination that the Palestinian people face did not begin in July 2018. Instead, it has been central to the foundation and maintenance of the State of Israel from the start.”

This is the argument that a bunch of Jews fleeing Europe before the gates to Palestine slammed shut in 1930s together with Holocaust survivors fled from the graveyard that was Europe in the post Holocaust world were actually racist colonists who should have allowed themselves to be slaughtered when local Arabs and the surrounding states attacked them. In the years after the War of Independence the Arab states booted out all their Jews who went to Israel, ironically strengthening the Jewish state. Naturally the crime of racism continually lands on Israel’s doorstep rather than the states who forced their Jews to flee in the first place.

“The longevity of Israel’s apartheid system has been recognised by the United Nations Economic and Social Commission for Western Asia (ESCWA), who produced a comprehensive report that concluded “Israel has established an Apartheid regime that dominates the Palestinian people as a whole.”

Taking the ESWCA report as its foundation, on 3 November 2018, the Palestine Solidarity Campaign will be hosting a conference in London bringing together experts from around the world to examine how the system of apartheid is imposed upon Palestinians. We will look at the response required from activists to support the Palestinian struggle, principally through the Boycott, Divestment and Sanctions (BDS) movement.”

The thing is that there is no ESWCA report. There was one briefly but then the United Nations retracted it and removed it from their website. UN Watch wrote at the time:

The report’s chief author is Richard Falk, a former U.N. official who was condemned repeatedly by the UK and other governments for antisemitism.

In 2011, Falk was also denounced by his own boss, former U.N. chief Ban Ki-moon, for espousing 9/11 conspiracy theories which accused the U.S. government, instead of Al Qaeda, of perpetrating the 9/11 terror attacks.

The new report, said Guterres’ spokesman, “does not reflect the views of the Secretary‑General.””

You wouldn’t know that because PSC pretend that it’s still a UN report. Richard Falk was censured by no less than the Secretary General of the UN for comments he made about 9/11 being a US plot. The report was co-written by Virginia Tilley, surprisingly enough she’s one of the speakers, as is Rima Khalaf who was the head of the ESWCA at the time. She appears to have released the report calling Israel an Apartheid state without even running it by anyone else at the UN. This from Reuters at the time:

“The secretary-general cannot accept that an under-secretary general or any other senior U.N. official that reports to him would authorize the publication under the U.N. name, under the U.N. logo, without consulting the competent departments and even himself,” he said.”

Naturally Rima Khalaf, who was head of the ECSWA at the time the report was released resigned. Now she’s speaking at a PSC event where they’re apparently pretending none of this ever happened.

And this is the issue they have had time and time again, the reality is of no relevance to PSC, only the message.