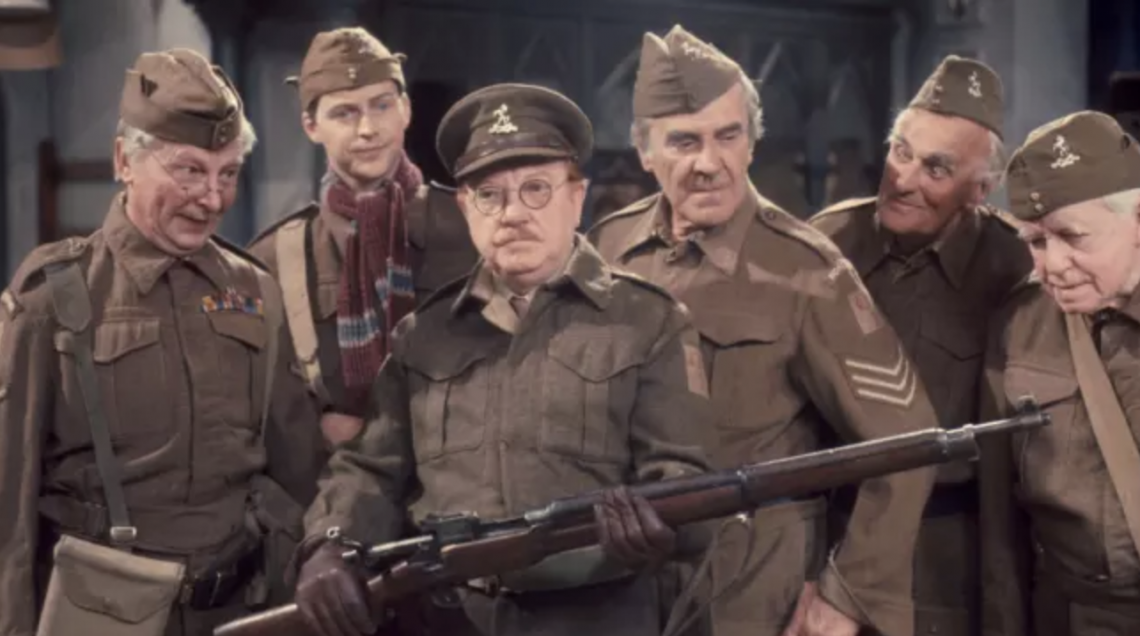 The next election is there to be won and the right Conservative leader and timing can achieve an overall majority.

The announcement by the Prime Minister that she will not lead the Conservative Party into the election in 2022 – or whenever – will, amongst others, provide much material for the commentariat.

Some pollsters – no names, no pack drill – ask electors to equate politicians with animals, but I prefer Dad’s Army characters.

Jeremy Corbyn is clearly Private Fraser whereas Theresa May, unfortunately, is Sergeant Wilson. To win the next election and prevent the economic and foreign relations catastrophe that would result from a Corbyn government the Conservatives need Captain Mainwaring or Corporal Jones.

May’s coronation in 2016 meant that her shortcomings were only, and cruelly, exposed during the 2017 election campaign so I expect a determined effort to ensure a decent contest to select her replacement.

The candidates to be put to the membership will be decided by the Parliamentary Party but it may be possible to identify some, perhaps not obvious, of those interested in advance through the rubber chicken circuit.

Although somewhat less than Labour’s half million the 120,000+ Conservative membership is a valuable resource. They will make the final decision so any prospective leader needs to woo and enthuse them.

Dinners and other fundraising events are important for Conservative associations but traditionally “names” have been targeted at marginal seats – an association with a large majority had little chance of getting, for example, Boris.

A leadership campaign turns that upon its head as membership numbers become paramount. Prospective leaders are likely to solicit “invitations” from associations with large memberships or where several smaller associations can get together. The prize of becoming Prime Minister will probably result in candidates doing several engagements per week – or day – in order to raise their profile with the membership, and this should be trackable.

Boris is probably the favourite to replace May but there are plenty of examples of front runners not making it to the top. David Cameron, for example, became an MP in 2001, came from nowhere in 2005 and would go on to dominate the political scene for a decade. It would be extremely unwise to head down to the betting shop at the moment.

Although it’s not immediately obvious the Fixed Term Parliaments Act actually gives a lot of power to incumbent Prime Ministers as it’s very difficult, if not impossible, for an opposition to vote against a General Election. It’s the old business that dogs bark, cats miaow and oppositions call for elections. Any opposition would lose a massive amount of credibility if they didn’t walk the walk.

Politics is like comedy in that timing is everything and a carefully scheduled leadership contest could facilitate a General Election victory.

A contest, with the winner becoming Prime Minister, is going to attract significant attention, with the opposition sidelined, and has the potential to showcase the winner’s values and vision. It could, of course, become an undignified slanging match but that’s an occupational hazard.

The present situation is extremely uncertain but would the DUP help put an IRA supporter and advocate for a united Ireland into Downing Street and how many Conservative turkeys would vote for Christmas?

If May is amenable I would suggest a leadership contest at the start of a calendar year with the victor being announced in the first half of March.

A new Prime Minister installed after several months, hopefully good, exposure would, of course, face immediate opposition demands for an election, whatever the polls might suggest.

Calling an election is an extremely difficult decision and history doesn’t provide a good guide.

In 1955 Eden successfully went to the country within weeks of succeeding Churchill. Wilson went in March 1966 and secured a much increased majority. Heath went in February 1974 and, although he gained most votes, Wilson won more seats and then converted it into a small majority that October. Callaghan might well have won in October 1978. Thatcher looked at the local government results in 1983 and 1987 and then achieved landslides. Major hung on as long as possible and won in 1992 but his subsequent Mr Micawber act probably increased Blair’s majority in 1997. Brown could well have won in October 2007 which, in hindsight, would have given him more time to get through the financial crash.

Becoming PM in March means that several alternatives open up.

The first, the Eden option, is to call an election quickly so that it coincides with the local government elections.

The second, the Thatcher option, is to wait for the local government election results and have an election in June.

Finally is the Wilson option, to govern for a while, set a direction of travel, and then seek the electorate’s endorsement, possibly in October.

One thing that came out of the 2017 campaign was how woefully unprepared CCHQ was, resulting in an interminable seven week campaign which, when coupled with May’s failings and a poor manifesto, enabled Corbyn and Labour to make up ground.

Since then much has happened, vacancies have been filled and there is steady progress with candidate selection. It is also likely that focus groups, surveys, etc will have been commissioned to explore and understand Corbyn and Labour’s strengths and weaknesses.

Labour will go into the next election with the same leader and a similar manifesto, essentially one more heave. Since the 2017 election, and up against a minority government and damaged Prime Minister they have failed to establish a lead in the polls and Corbyn is third in a two horse race as to who’d make the best Prime Minister. It can be argued that he’s now more of a liability than an asset to Labour.

There is much that can go wrong, particularly Macmillan’s “events”, and Brexit is still uncertain but the right successor should be able to distance themselves from May as Major was able to with Thatcher and the Poll Tax and win an overall majority.

This is a guest post by John Wall. If you’d like to write a post above the line here at Harry’s Place please email us at contactharrysplace@gmail.com