Antizionists like to speak of a total boycott of Israel. They are upset with mainstream supermarkets that sell Israeli goods.

There are many Muslim antizionists whose understanding of Islam motivates them, theologically, to oppose a Jewish state in the Middle East. They consider it a sin, or a crime against God and the ummah (the global brotherhood of believers), for a Muslim to sell Israeli goods.

The argument goes like this: Israelis are persecuting one part of the ummah, the Palestinians. For a believer to sell Israeli products, amounts to a betrayal of the ummah.

Watch what happens, when a Muslim activist from the RCG-led Victory to the Intifada campaign, confronts a Muslim shopkeeper who is selling Israeli dates in his store, in Green Street in London.

The RCG is a Far Left group that thinks that racist, antisemitic abuse is funny.

Here is the confrontation in full. It is worth watching:

The Muslim antizionist activist confronts the Muslim shopkeepers, insisting that they stop stocking Israeli dates. At 2:05, she offers some evidence, as to why the Israelis are evil, and why the shopkeepers should join the boycott:

“They put the Palestinians up on the tree, first thing in the morning, using a crane. They leave them there all day, and they don’t take them down.”

I was also struck by this religious barb (bearing in mind this exchange happened recently, during Ramadan):

You fast all day, and then you break your fast with an Israeli date.

At the end of the video, we learn that after the RCG activist spoke with the “uncle” who owns the shop, the shop have promised to stop selling Israeli dates, and have offered a public apology via the RCG activist’s Youtube channel.

The Muslim activists in the RCG are celebrating this “victory”, because it shows how they have convinced their Muslim brothers to do the right thing. But these antizionists have also revealed their hand. They ask the shopkeeper if he was fasting, implying that a good, righteous Muslim who honoured the fast would never stock Israeli produce. So if this guy is stocking Israeli dates, he can’t be a good Muslim either.

Are we now going to boycott all Palestinians who work in Israel?? If dates are grown in the USA, Palestine, or Israel,, they’re still Gods dates no matter who’s growing them. Do you not realize﻿ the amount of produce grown in Israel that is sent to west bank and gaza?? I assume we need to boycott that too.. This sister is very rude, and she went about this the wrong way. Her actions in itself goes against the Quran. Besides,, Arab governments have killed more Muslims than Israel can even dream a

It is embarassing to see a Muslim “Sister” behave in this shameful manner. The sister should be ashamed of herself. Never have i seen such appalling behaviour from a Muslim﻿ in public. Shame on this woman.

i dont think the way you went about this isnt very good. you embaressed a brother in front of the public and humiliated﻿ him. you may have prevented him from sellling those dates by keeping calm about it and talking to him without raising your voice. your practise is not the best of muslim practise. if you want to be a good muslim sister you would have: asked another brother to talk for you, not recorded the whole incident, and not raise your voice in public.

What﻿ happened to being humble in islam? The manner you told the people in sunfresh to remove their israeli dates was disgusting and humiliating for them, perhaps in future you should try and better your character before you embark upon these ‘missions’ of saving palestine.

Now, shame on you sister! You’re a muslim sister calling out a fellow Muslim and destroying his livelihood by not giving him advice in private and making dua. You are a disgrace. You spend all this time condemning others. Shouldn’t you be reading Qur’an? What a joke! There is nothing﻿ in the Qur’an and Sunnah preventing Muslims from stocking products of non-Muslims. Shut up with your sensatinalization of Islam. Grow up. You’re deserve to be jailed up

You didn’t have to record the confrontation with the brother, instead you cud have just spoken to him. All that’s led to is Muslims fighting Muslims. If u﻿ see ur brother in Islam doing something wrong u should speak to him privately not embarrass him publicly. As much as I’m for the cause I don’t believe this was the right approach at all as much as I disagree with what he was selling. There are other ways of being able to make people more aware.

i dont care if this message gets approved or not I want YOU to read it. theres a way of doing thing s and then theres what you done. I agree that they shouldnt stock the dates but YOU should NOT have gone in and start shouting because thats his place of business and your dettering customers which means your damaging his business. If you think thats gunna hurt﻿ Israel one bit then ur wrong. hes just trying to earn money to buy food. im sure youve got alot of Israel funding products.

Clearly, the RCG actions are controversial, even among people who would seek a boycott of Israeli dates. They are publicly seeking to shame a Muslim, for the sake of their politics.

It’s not just the RCG who are at it. Friends of Al Aqsa and London BDS are two other groups within the Far Left-Islamist axis targetting a boycott of Israeli dates, and other goods.

The antizionist Left claims to be pro-Palestinian. I wonder, if these “pro-Palestinian” activists actually went to Palestine, and they tried the same tactics to guilt-trip Muslims into setting aside Israeli goods. What do they expect would happen?

The lives of Palestinians would be turned upside down if they refused to handle anything Israeli. Life would be totally impossible – including for Palestinians in Gaza.

This is what BDS looks like, for example, in the Metro supermarket in Gaza City: 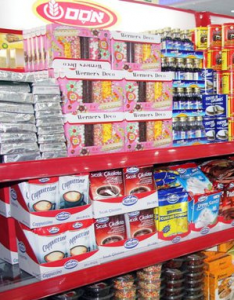 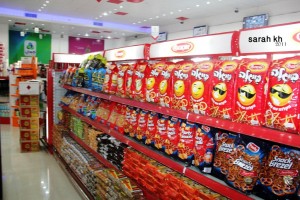 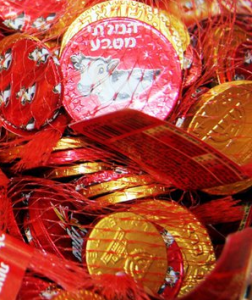 The antizionist counter-argument is that, Israel has a stranglehold on the Palestinian economy, so Palestinian Muslims don’t have a choice about buying Israeli goods.

If that were genuinely the case, then BDS activists should be trying to convince other nations to trade with or give aid to Gaza, rather than simply confronting Israel and “Zionist” companies. They would be seeking to make the Gazan economy robust enough, so it does not have to rely on assistance from Israel.

This would be a long and frustrating campaign. It would not produce quick, glamorous results like this or this. It would not do anything for the political image of antizionists, and it would not stroke any egos. That is why the BDS will avoid lobbying other nations about the Gazan economy, or confronting Hamas about their politics and economics, unless they can somehow weave Israel into the narrative as the bad guy.

The BDS movement in the UK is cowardly, lazy and narrow-minded.

Their approach purposely avoids confrontation with Palestinian Muslims, whilst thinking nothing of confronting British Muslims.

Their approach avoids direct opposition to the Gazan government, for giving Palestinian Muslims no other option, than to rely on Israeli goods.