This isn’t the first time that Lord Ahmed has been expelled from the Labour Party. I believe that he was suspended, during his brief period of imprisonment for dangerous driving, in connecting with a car crash in which a young man was killed.

Here’s an idea. Lord Ahmed clearly has a greater affinity for the far Right clerical fascist party, Jamaat-e-Islami, than he does for social democracy. Here he is, for example, scheduled to speak alongside two very senior Jamaat-e-Islami activists, one of whom is a hate preacher who has been banned from both Belgium and the Netherlands. 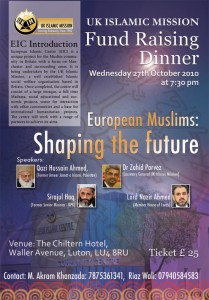 After his expulsion from the Labour Party, why doesn’t Ahmed sit openly as a Jamaat-e-Islami peer? Surely that’s essentially what he is, in any case?