As we know, George Galloway is so sensitive about “racist and inflammatory” words that he calls in the libel lawyers when, oh, the Hamas charter is quoted in a discussion of his politics.

It just wouldn’t do to associate him or Viva Palestina with a bunch of terrorists and racists, would it? 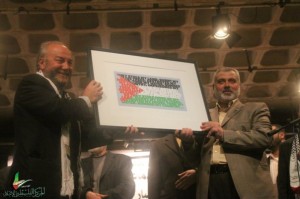 What about a Labour man’s wry comment on his Facebook account about a town hall under scrutiny, followed by another poster joking about pork scratchings? Oh my, the Labour man should be sacked:

Before going to the meeting he put out the following message on his Facebook group – “Graham Taylor is off to that centre of Islamic fundamentalism – Tower Hamlets Town Hall”. A number of his Facebook friends then responded, including former councillor and Labour’s council candidate for Stepney ward Judith Gardner. Gardner wrote “Give em hell!”. Another friend wrote the disgusting racist comment: “Bring some pork scratchings” and another “Pork!”.

“This is a disgraceful example of the Islamophobia and racism now infecting parts of Tower Hamlets Labour Party,” said an outraged George Galloway.

So Galloway must have challenged Yvonne Ridley, Cageprisoners’ patron, for bringing him and Viva Palestina into disrepute at a meeting he too attended in January 2009. This is what she had to say about Zionists:

The Zionists have tentacles everywhere. Not content with keeping the western media outside of Gaza, stopping them from covering the war, they are putting pressure on communities throughout the UK to stop gatherings like this. And it isn’t just at community level. We’ve seen with the disgraceful behaviour from the BBC that this interference goes right to the very top of the media, into the very heart of our homes. 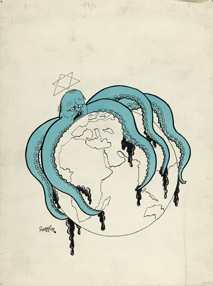 I am going to finish off with a story that was sent to me today from a Jewish peace activist called Barbaba Lubin.
…
[from the “story”] “I met a mother who was at home with her ten children when Israeli soldiers entered the house. The soldiers told her she had to choose five of her children “to give as a gift to Israel”. As she screamed in horror they repeated the demand and told her she could choose or they would choose for her. Then these soldiers murdered five of her children in front of her. The concept of “Jewish morality” is truly dead. We can be fascists, terrorists and Nazis, just like anyone else.”

In truth, Lubin, a far left Berkeley activist, had backtracked and asked people not to post the tale on the internet shortly after telling it. Those who had posted were asked to add an update:

Barbara Lubin and all of us at the Middle East Children’s Alliance believe that we should have confirmed the story about the Gaza woman who was told by an Israeli soldier to choose which five of her ten children should die, and then witnessed their murder. We are doing everything we can now to verify the story, but have been unable to do so. We ask that you do not publish or post this story on the Internet. If you have already done so, please post this statement, as well.
…
In these catastrophic circumstances, it’s not difficult to see how Barbara would find this story credible. Unfortunately, we sent it out before taking the time to verify it.

Never mind, it was perfect for Ridley’s crude and vicious purposes.

What did Galloway actually do? A reprimand? Take some distance from Yvonne “Tentacles” Ridley? No, he gave her star billing in Gaza just six weeks after that meeting. While handing over cash to Hamas, he said:

But I, now, here, on behalf of myself, my sister Yvonne Ridley, and the two Respect councillors – Muhammad Ishtiaq and Naim Khan – are giving three cars and 25,000 pounds in cash to Prime Minister Ismail Haniya.

Ridley too scoffed at the law:

I brought cash and I am happy to say I have given that cash to George Galloway and we have both given that money to the Palestinian prime minister, Ismail Haniyeh, which has broken UN sanctions. If they want to charge us, if they want to arrest us, bring it on.

Oh. Well, perhaps George could take himself and his minders to task? Here are some comments from just one thread on his Facebook wall.

This chap gets right to the point. Zionists? Kill them all.

Zionists really do control the world, says another:

You know, the powerful and shadowy people who run the media and banks:

A solution is proposed: destroy Israel.

The Holocaust deniers of the “Institute for Historical Review” are recommended:

Here’s why you can’t trust the Tories and Labour – too many Jews:

For a man who claims to be offended by “racist and inflammatory” language, Mr Galloway is rather selective with his outrage, isn’t he.