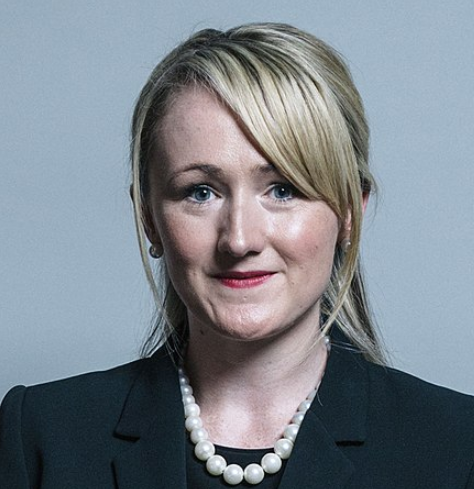 This comes a bit late to the party, but there’s a point worth making here, every time it crops up.

Rebecca Long-Bailey, Shadow Education Secretary, tweeted about an interview given by Maxine Peake, the well-known actor.  Peake referred to “The tactics used by the police in America, kneeling on George Floyd’s neck, that was learnt from seminars with Israeli secret services.” In her tweet, Long-Bailey said that Peake was ‘an absolute diamond.’ Various people pointed out that Peake’s claim about the Israeli secret services sounded rather like very traditional prejudices against Jews as the authors of troubles all around the world.  Israel said that Peake’s claim simply wasn’t true.  Amnesty, whose report was supposed to be the source of the information, said they’d actually never reported on it.  Sir Keir Starmer, leader of the Labour Party, asked Long-Bailey to delete the tweet and apologise for endorsing an antisemitic claim.  Long-Bailey amended her comment to say that she wasn’t endorsing everything Peake had said, but refused to apologise.  Starmer duly sacked her from her post in the shadow cabinet.

Various people on the far left of the Labour Party complained about the sacking.  An especially interesting and revealing complaint was made by John McDonnell, ex-shadow chancellor, and very close colleague of the previous Labour Leader, Jeremy Corbyn.  Here’s what McDonnell tweeted:

‘Throughout discussion of antisemitism it’s always been said criticism of practices of Israeli state is not antisemitic.  I don’t believe therefore that this article is or @RLong Bailey should’ve been sacked.  I stand in solidarity with her’

Now, McDonnell is not a stupid or ignorant man.  On the contrary, he was one of the more intelligent and competent members of the Corbyn shadow cabinet.  And what he’s claiming is that those people who object to what Peake said, and to Long-Bailey’s endorsement of it, are objecting to criticism of Israel. And then he says that it’s agreed (‘always been said’) that criticism of the practices of the Israeli state is not antisemitic.

Response to McDonnell: two lesser points and a much more important third point

Third, and by far the most important point, is that what’s primarily objectionable about Peake’s remark is not that it amounts to criticism of Israel, but that it’s not true.  What Peake said, and Long-Bailey praised, is just false.  I don’t know if Peake was unaware of the falsehood of this claim when she promulgated it, or if Long-Bailey was likewise unaware when she praised it, but the originator of the claim, whoever it was, will have known it to be false – that is, will have known it to be a lie.  A derogatory and prejudicial  lie, which rehearses a very old antisemitic trope about Jewish power and cruelty.  Peake should perhaps have checked before she circulated it, but she’s an actor, and may have no special interest in finding out the truth about her favoured political causes.  Long-Bailey should certainly have checked, since she’s a politician in a senior post in a party which has had problems with antisemitism recently, to put it mildly.  But McDonnell – clever, competent, politically experienced, supposedly principled John McDonnell – he shouldn’t even have needed to check.  By the time he voiced his solidarity with Long-Bailey, he should have realised that this was a toxic attempt to drag Israel, and Jews, into a dreadful event which they had nothing to do with.  Telling lies about Israeli Jews training American police officers how to murder black Americans isn’t criticism of Israel, it’s red-handed antisemitism, guaranteed to discredit the Jewish state and to stir up hostility against those who support it.  For McDonnell to pretend that Long-Bailey lost her shadow cabinet job because she criticised Israel is  a contemptible piece of sophistry of which he should be thoroughly ashamed.

This is a cross-post by Eve Garrard from Fathom

The more I think about it, the more interesting and illuminating I find McDonnell’s defence of Long-Bailey.  What it casts light on is the precise way in which the idea of  criticism of Israel can function for people who want to air their hostility to various groups which contain, or at least can be connected with, a significant proportion of Jews (though in some cases, of course, one Jew is enough). Such people treat the notion of criticism of Israel as itself being above criticism: those engaging in it aren’t open to moral or political objection. This enables the practitioners to perform the kind of slithery manoeuvres we have seen, such as hauling a grubby and dishonest piece of antisemitic rhetoric into the safe space of ‘criticism of Israel’, thereby attempting to shield it from serious objection.  When criticism of Israel functions as a safe space in this way, it protects the critic and her critique, however poorly-evidenced or even false, from complaints, especially complaints about antisemitism.  It’s a phenomenon which is disturbing enough when it generates the grotesqueries of ‘apartheid Israel’ and ‘Palestinian genocide’.  But it’s even more disturbing when it’s used to provide protection for the dishonest application of antisemitic tropes to appalling but unrelated events half the world away from Israel, and remarkably free from the presence of any Jews

I’d like to return to the ‘overall context’ (to use a phrase familiar from the EUMC working definition of antisemitism) to find further evidence in favour of Starmer’s decisive action.  The context within which Maxine Peake’s comment about Israel was made exacerbates the problems Eve identifies.

The pull quote used as a headline jeers at those who felt they couldn’t vote for Corbyn.

People who couldn’t vote Labour because of Corbyn? They voted Tory as far as I’m concerned.

She develops this point within the main body of the interview:

“And it breaks my heart, because you know what? I didn’t like Tony Blair, but I still voted Labour because anything’s better than the Tories. There’s a lot of people who should hang their heads in shame. People going, ‘Oh, I can join the Labour Party again because Keir Starmer’s there,’ well shame on you.”

Now Starmer might well have felt aggrieved by the fact RLB described as an ‘absolute diamond’ someone who dismisses him in grudging and lukewarm terms as a leader who might appeal to those ‘who are not really left wing’.  But what I found most offensive in the interview was the way in which she completely failed to acknowledge concerns relating to antisemitism and Corbyn’s Labour. She didn’t actively seek to refute them – she didn’t express sympathy but explain why she felt they were unearned – she just blanked them out, while finding time to invoke a conspiratorial assertion about Israel.  This is exactly the mindset which made so many abandon Labour (they certainly didn’t all vote Tory – many were lifelong Labour supporters), and which meant Starmer had little choice in responding as he did – so that, with luck, those who couldn’t vote for Corbyn will indeed ‘join the Labour Party again because Keir Starmer’s there.’

The main post here, by Eve Garrard, is cross-posted from Fathom