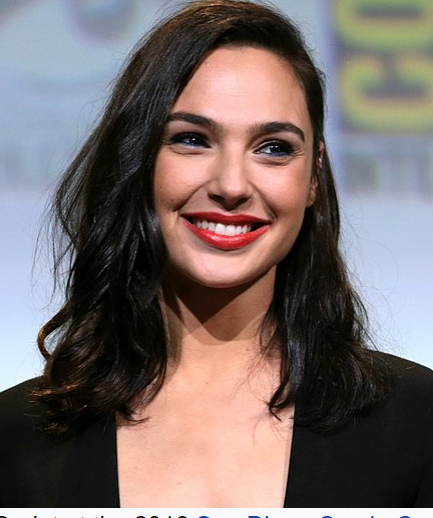 Many of you may have noticed that I have quite a big problem with how words like “gaslighting” are misused to spread what amounts to propaganda. Now, it seems, the term “cancel” is meeting the same fate.

Being cancelled means – or maybe I should say used to mean – being no-platformed or losing your job for expressing beliefs that some people – online mostly, but in the real world too – took offence to. No more. What it hasn’t meant, until now that is, is being the target of a twitter mob, or simply being criticized for publicly taking a stand.

In the past couple of weeks, at least 3 people – two celebrities and one politician – have faced supposed “cancellation”: Gal Gadot, for an anodyne tweet about events in Israel and Gaza; Mark Ruffalo, after apologizing for an incendiary tweet about supposed Israeli “genocide” in Gaza; and Liz Cheney, formerly the third-ranking Republican in Congress, who fellow republicans voted out of her position as GOP conference chair because of her opposition to former U.S. president Donald Trump.

In fact, none of these people were cancelled, at least not according to any reasonable understanding of what the word means. Criticism for an opinion, regardless of how intense it is, whether it’s online or in the real world, is not the same thing as being cancelled. Criticizing an opinion in an article does not mean the article has been cancelled. That would only be the case were the article to be removed, or prefaced with some sort of “explanation”.

The acting careers of Ruffalo and Gadot will not suffer, and any calls for their removal (there are already calls for Gadot to be replaced as Wonder Woman) will be ignored. As for Cheney, she was voted out of a leadership position by fellow party members who aren’t happy about her criticism of Trump. Regardless of what one may think of Trump, this is the sort of thing that happens to politicians all the time. Was Margeret Thatcher “cancelled” in 1990 when she lost the prime ministership of the UK? Or Gordon Brown? If and when the Democratic party in the U.S. comes to its senses and expels radical socialists like Alexandria Ocasio-Cortez and Ilhan Omar from its caucus, will they have been “cancelled’?

It’s a ridiculous notion, especially when applied to famous actors and politicians.

Which is not to say that the twitter mob and others don’t TRY to cancel famous people, perhaps the most famous example being that of JK Rowling. But like Rowling, Gadot, Ruffalo and the like are too high-profile, rich, famous, what-have-you, to cancel.

This degradation of words like cancel may seem trivial, but it isn’t. It’s an insidious means of diluting criticism about cancel culture, a real and present danger to free speech and democracy as we have known it in our lifetimes.