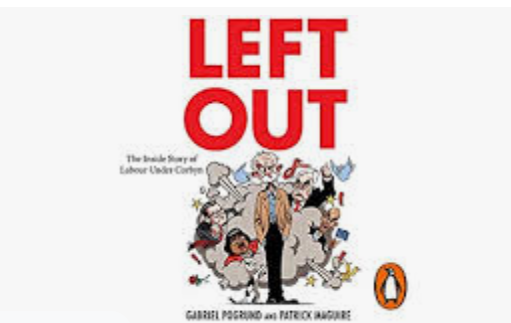 In Gabriel Pogrund and Patrick Maguire’s new book* (as excerpted in The Times) on the Labour Party under Jeremy Corbyn, Andrew Murray gives us a revelatory remark about the limits on Corbyn’s empathy:  “He is very empathetic, Jeremy, but he’s empathetic with the poor, the disadvantaged, the migrant, the marginalised, the people at the bottom of the heap.  Happily, that is not the Jewish community in Britain today.”

The most interesting implication of this remark is that Jews mustn’t be successful, if they want to prevent the far Left** seeing them as rich and privileged and hence unqualified to be the targets of racist hostility.  (There’s often a performative self-contradiction involved in this view, but we’ll leave that aside for the moment.)  This attitude has a closely-related predecessor: it’s been obvious for a long time that the far Left feels able to extend its sympathies to Jews only if they suffer at the hands of the violent and deadly Right.  Indeed, resisting antisemitism from the Right is the subject of a certain amount of boasting on the part of the relevant sections of the Left – see Cable Street ad nauseam.  Dead Jews are ok as objects of sympathy, so long as they’ve been killed by fascists.  But live ones, fighting today to remain that way, not so much.  (Particularly if their fight is successful.)

The current iteration of that attitude looks at Jews who integrate well into their surrounding culture, and who are successful therein while retaining some very distinctive features of Jewish identity and solidarity, and sees them as people who aren’t appropriate objects of anti-racist concern.  Hostility towards them can’t be racist, since they are too strong and powerful to suffer from racist animus, so no empathy is called for or available.  Behind this view seems to lie the old and dubious claim that racism equals prejudice plus power, hence those who are themselves powerful (eg, on account of being wealthy) can’t be the target of racism.

Firstly and obviously, many Jews aren’t wealthy.  Of course some are, and many Jews are successful in ways which aren’t adequately measured by considerations of wealth, such as intellectual or artistic excellence.  But on the view which Murray articulates and which Corbyn seems to hold, all of these Jews, rich and poor, distinguished and undistinguished alike, are excluded from empathetic consideration.  What’s really interesting about this failure of empathy  is that it’s supposed to be justified by the success which Jews as a whole are thought to possess.  It looks as if the message of all this is that for Jews in general to be protected against antisemitism by the far Left, they need to be unsuccessful.  Jews mustn’t thrive.

However, even that dismal conclusion isn’t the complete story of this dispiriting feature of the far Left’s attitude towards Jews.  Leave aside the fact that Germany in the last century proved that neither wealth, nor other kinds of success, could protect Jews against murderous racism when it’s backed by the state – in such circumstances power is evanescent while prejudice remains hideously real and effective.  Consider instead the fact that there are other ethnic groups who are universally accepted by the far Left to be the targets of racism, and hence proper recipients of empathy and sympathy.  But they don’t seem to provoke the non-empathic response when they’re rich and successful.  I don’t think I’ve ever heard anyone from the Left  saying that they don’t find successful black people to be ones they can empathise with, or denying that successful black people can be the targets of racist hatred.  On the contrary, they’ll often campaign quite properly for black success to be better recognised and rewarded, and for persons of colour, rich or poor, to be better protected against racial hatred.  So if Jewish success precludes empathetic support from the likes of Mr Corbyn, I don’t think it can just be the success itself that’s undermining the empathy.  Contrary to what Murray suggests, it looks like it’s the Jewishness that’s doing the anti-empathetic work for the far Left, just as it does for the far Right.

*Pogrund and Maguire,  Left Out: The Inside Story of Labour Under Corbyn (publication date 03/09/2020)

**There are honourable exceptions to this general remark about the far Left – see for example the AWL, and a number of independent-minded  individuals.  But they’re not the dominant force in the far Left.