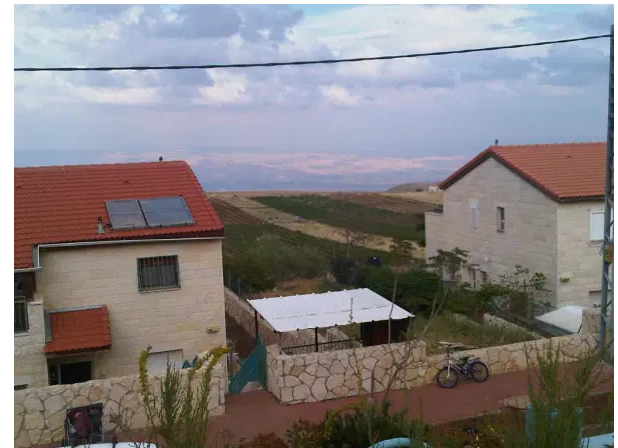 Whilst the Hollywood blacklisting of the mid-20th century claimed some innocent victims, it’s undeniable that the problem of communist infiltration into US society, including the motion picture industry, was a legitimate national security threat. So, if the means used to fight this threat were often flawed, it was certainly based on an entirely accurate diagnosis: That the root cause of the Cold War was Soviet Communism.

The recent release of the UN Human Rights Council’s (UNHRC) blacklist of (mostly Israeli) companies that operate in the Jewish Quarter of Jerusalem and other disputed territories across the 1949 Armistice lines represents a different dynamic: an entirely ahistorical diagnosis of the root cause of the Israeli-Palestinian conflict.  The political premise of the blacklist, which represents conventional wisdom at international bodies like the UNHRC, in the mainstream media and, at least until recently, within the US government, is that Israeli ‘settlements’ represent the biggest obstacle to peace.

Yet, this conclusion regarding the ‘root cause’ of the conflict simply doesn’t hold up to critical scrutiny.

Even if we ignore the fact that Palestinian Arab leaders rejected the very idea of a Jewish state, even within truncated, arguably indefensible borders in 1937 (the Peel Commission Report), and in 1947 (the UN partition plan), and deal merely with Israel’s post-June 1967 boundaries, it becomes clear that Israeli control of the territories it seized (in a defensive war) that year is clearly not the sine qua non of the conflict.

If Israeli control of disputed territories did indeed explain the absence of peace, then you would have expected Israeli withdrawals from large parts of the West Bank in the 90s under the terms of the Oslo Accords to have greatly diminished the threat of violence from those areas. Yet, after Yasser Arafat rejected a US brokered peace offer in 2001 (that would have created a sovereign and contiguous Palestinian state), he launched the 2nd Intifada, five years of shootings, bombings, and suicide attacks, (that killed over 1000 Israelis), launched from those very West Bank territories where the Israeli army withdrew.

If this causation between Israeli control of the territories and the absence of peace was valid, you would have expected Israel’s unilateral withdrawal from Southern Lebanon in 2000 to make Hezbollah far less relevant in Lebanese politics, and greatly reduce the threat to Israel posed by the Iranian backed terror group. Instead, Israel’s decision to remove its army from that area only emboldened and strengthened Hezbollah politically, and resulted in an exponential increase in their arsenal of sophisticated precision rockets.

Moreover, if there’s a perfect test-case of the ‘land for peace’ formula, it’s Israel’s disengagement from Gaza in 2005, which saw the evacuation from that territory of every Israeli soldier, and over 8,000 Israeli civilians.  However, instead of peace, Israel’s withdrawal was followed by the victory of Hamas in Palestinian legislative elections, and their subsequent violent seizure of power.  Since then, Hamas, a group whose founding charter calls for Israel’s destruction and the murder of Jews, has launched thousands of rockets into Israeli civilian communities, and instigated several rounds of conflict with Israel.

It is because of such violent outcomes following multiple peace overtures that Israelis, even those who don’t embrace the settlement project, have naturally become skeptical that territorial compromise will necessarily lead to peace.

None of this should be interpreted to mean that Israel won’t, as part of a two-state solution, have to show flexibility on the issue of communities in Judea and Samaria, just that it’s important to acknowledge that settlements represent a symptom of the continuing conflict, not its cause.

However, beyond the specific lie which informs the rational for the UNHRC blacklist – that the settlements represents the biggest obstacle to peace – exists a larger one: that Palestinians are merely victims, and that Palestinian leadership shares no responsibility for their people’s suffering and continuing statelessness.

Demanding that Palestinians enter into negotiations with Israel, without pre-conditions, requires viewing the conflict not through a facile, binary lens of oppressor vs oppressed, occupier vs occupied, but, rather, in all of its moral nuance and political complexity, whilst recognizing the fundamental principle that, as with all people, Palestinian decisions impact their outcomes.

Such boycott and blacklist efforts also pressure Israel to unilaterally relinquish strategically important and historically sacred territory outside the context of bilateral negotiations – thus allowing Palestinian leaders to pocket Israeli concessions without having to make any difficult corresponding compromises of their own.

If peace is ever going to be achieved, it will require that Israelis and Palestinians are both taken seriously as moral actors in a maddeningly complicated conflict that requires each side to make painful territorial and political compromises. It will also require the recognition that BDS, blacklists and other efforts which demonise Israel are inimical to the spirit of dialogue, co-existence and reconciliation – values that a real and lasting peace must be predicated upon.

The UNHRC blacklist is a perfect illustration of how the international community enables Palestinians, failing to demand that they learn from past mistakes and come to terms with the true ‘obstacles to peace’: their leaders’ maximalist demands and rejectionism, their society’s endemic antisemitism, incitement and glorification of violence, and the failure to promote tolerance, pluralism and other liberal democratic values.

Middle East historian Bernard Lewis has argued that there are two different ways in which individuals, groups and nations can choose respond to adversity. The first is to ask “Who did this to us?” The second is, “What did we do wrong?”  The first one, Lewis maintained, leads to self-pity and the avoidance of personal responsibility, whilst the other leads to self-help and moral agency. One usually leads to failure and the other to success. The UNHRC blacklist is certainly unfair to Israel, but it’s also arguably unfair to Palestinians as well, in that it reinforces an infantilization which incentivizes the former whilst discouraging the latter.