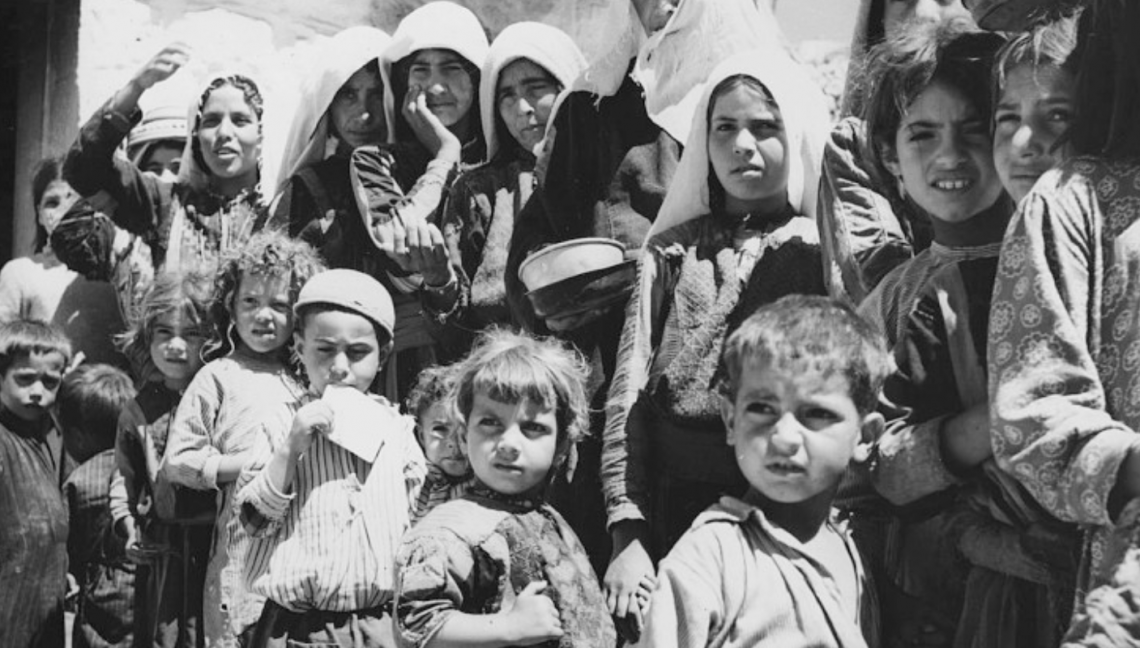 For the first time, the issue of Jewish refugees  from the Middle East and North Africa was debated in the UK Parliament on 19 June 2019. The hour-long debate in Westminster Hall, secured by MP Theresa Villiers, obtained unanimous approval by all parliamentarians present for Jewish refugees from the MENA to be ‘considered’ by the House. You can read the full HANSARD transcript here. 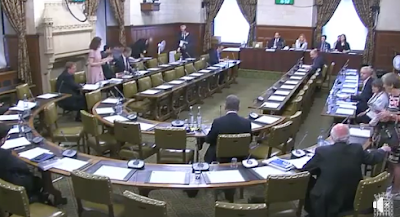 Click here to see the video recording of the debate,  or fast forward to 16:58  here

Participating in the debate were Dr Andrew Murrison, the junior minister in charge of the Middle East at the Foreign Office and  Opposition spokeman Fabian Hamilton, nine back-bench members of Parliament from both the main parties (no Liberal Democrat MPS attended), as well as representatives of the Northern Irish DUP and the Scottish Nationalists.

However,  in reply to questions from MPs Zac Goldsmith and Matthew Offord,  junior minister for the Middle East Dr Andrew Murrison refused to commit the UK government to following the lead of the US Congress and the Canadian Parliament: both had passed a resolution calling for explicit recognition  for Jewish refugees. Dr Murrison referred to Security UN Resolution 242 as the template for considering the rights of both refugee populations ‘in the round’. He did not  comment on the imbalance in UN resolutions, 172 of which dealt with Palestinian refugees, not one on Jewish refugees. 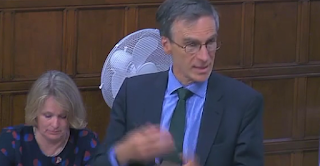 The minister  (pictured above)  mentioned  ‘examples of countries that have done relatively well in a dismal scene’. “I cite Morocco, Tunisia and Jordan*….as countries where there has been a more benign attitude towards Jewish refugees,” he said.”This must not obscure the general  awfulness,”  he acknowledged.

Introducing the topic, Ms Villiers said that the 856,000 Jews ethnically cleansed from pre-Islamic communities in Arab countries were the key to understanding the Middle East conflict. She agreed with MPs Andrew Percy (who had relatives of a persecuted Yemenite family in his constituency) and Stephen Crabbe that awareness of the issue was key to debunking the ‘false narrative’ that Israel was a creation of the West and that no Jews had ever lived in the Middle East. She pointed out that a disproportionate amount of airtime was devoted to the Palestinian refugees. Despite the early hardships, the integration of MENA Jews into Israel had been a ‘huge success”, with Mizrahi Jews today a valued part of the fabric of Israeli society as well as in the West.

Robert Halfon lent a personal flavour to the debate: his father Renato Halfon had been deprived of both his home and his business by the Libyan leader colonel Gaddafi;  Fabian Hamilton, whose father was of Turkish/Greek ancestry, mentioned that his great-uncle was mayor of Tangiers.  John Howell gave a run-down of the decline of the Iraqi-Jewish community, several of whom were his personal friends. Dame Louise Ellman pointed out that almost no Jews now existed in the Arab Middle East outside Israel and that over half its Jews had roots in Arab and Muslim countries. She hoped that a ‘peaceful resolution  will once again welcome Jewish people right across the region, to their places of origin.’ Alex Sobel called for reparations for Jewish refugees who had suffered great losses. Independent MP Ivan Lewis said it was time to question why Palestinian ‘refugees’ were still living in camps. ‘Refugees, especially children,  should not be used in the forefront of a Public Relations campaign’, he said.

Scottish MP Peter  Grant  spoke of the ‘ethnic cleansing’ of Jewish refugees. He said conflicts rarely produced refugees from only one side and both sets deserved equal recognition.  Echoing Theresa Villiers’ anxiety that Christians were now following the Jews out of the Middle East, he quoted Rabbi Jonathan Sacks: ‘What starts with the Jews rarely ends with the Jews.’

Jim Shannon pointed out the parallels with Northern Ireland, where the Protestant population, like the Jews, was under threat of ‘ethnic cleansing’. He also remarked on the media bias of the BBC, which invariably omitted any mention of Jewish refugees.

Opposition spokesman Fabian Hamilton remarked that ‘for many Israelis, the issue of refugees remained one of the outstanding obstacles to peace that must be resolved in any final status negotiations’.

Just before he came to the debate,  Hamilton had a meeting with Dr Saeb Erekat from the Palestine Liberation Organisation.

“He asked me to say quite openly that the Palestine Liberation Organisation and the Palestinian Authority believe that just as Palestinians should have their rights to return with full compensation, so should all Jewish refugees. I thought that was very interesting,” he said.

It was perhaps disappointing that Hamilton had not thought to point out to Erekat that no Jew wishes to return to an Arab country.

In her concluding remarks, Theresa Villiers said:  ” This story has stayed untold for far too long. We need ​this debate to be the start of a process by which we ensure that more people know about this unresolved injustice.

“I echo the request from all parts of the House that the Government explicitly refer to the matter of Jewish refugees in statements, discussions and debates about the middle east because, as we have heard, it is not possible properly to understand the middle east conflict or to formulate a fair solution without an understanding of the issue with which we have been grappling this afternoon.”

*Jordan never had any Jews to speak of. In 1948 the Arab Legion expelled every Jews from  territory in the West Bank and Jerusalem which it conquered and occupied until 1967.

This is a cross post from Point of No Return