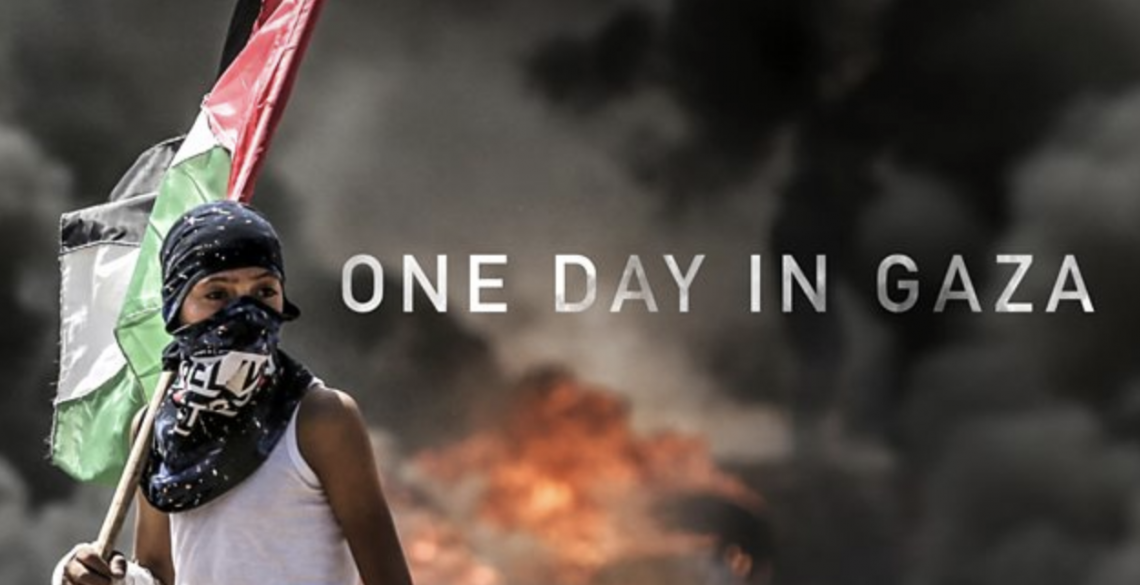 Yesterday the BBC documentary One Day in Gaza was broadcast. The day in question is the day the US officially recognised Jerusalem as Israel’s capital and while the demonstrations on the Gaza border were at full intensity and saw the deaths of over 60 Palestinians. They were killed by the IDF while attempting to break through the border.

Every death is a tragedy and questions exist as to whether the IDF rules of engagement are  right or wrong and resulted in far too many fatalities at the hands of the IDF.

Though one wonders why the BBC felt translating the word “Yehudi” as “Israeli” when it clearly means “Jew” helped answer this question.

From the Jewish News:

The film ‘One Day in Gaza’, which focused on last year’s deadly mass protests against the opening of a new US embassy to Israel in Jerusalem, aired yesterday evening on BBC Two.

The 60-minute documentary, which contained exclusive videos from Hamas and the IDF, marked a year since one of the deadliest days of violence in the Gaza Strip.

Among the Palestinian protesters interviewed, 24-year-old Bader Saleh said in Arabic: “I’m not one for fighting or burning tyres, but when I went I was convinced by it.

“The revolutionary songs, they excite you, they encourage you to rip a Jew’s head off.”

But the English translation of Saleh’s remarks offered by the BBC refers to an “Israeli”, not a “Jew”.

Later, Saleh also said: “I was really close to the fence and I could see this Jewish soldier with his gun. I could even see the gun he was carrying.”

Similarly, protester Hanan Abu Jamee’a is quoted as saying: “Some of us distracted the Israelis with stones and molotov cocktails.”

But she in fact employed the Arabic word for Jews to refer to IDF soldiers. 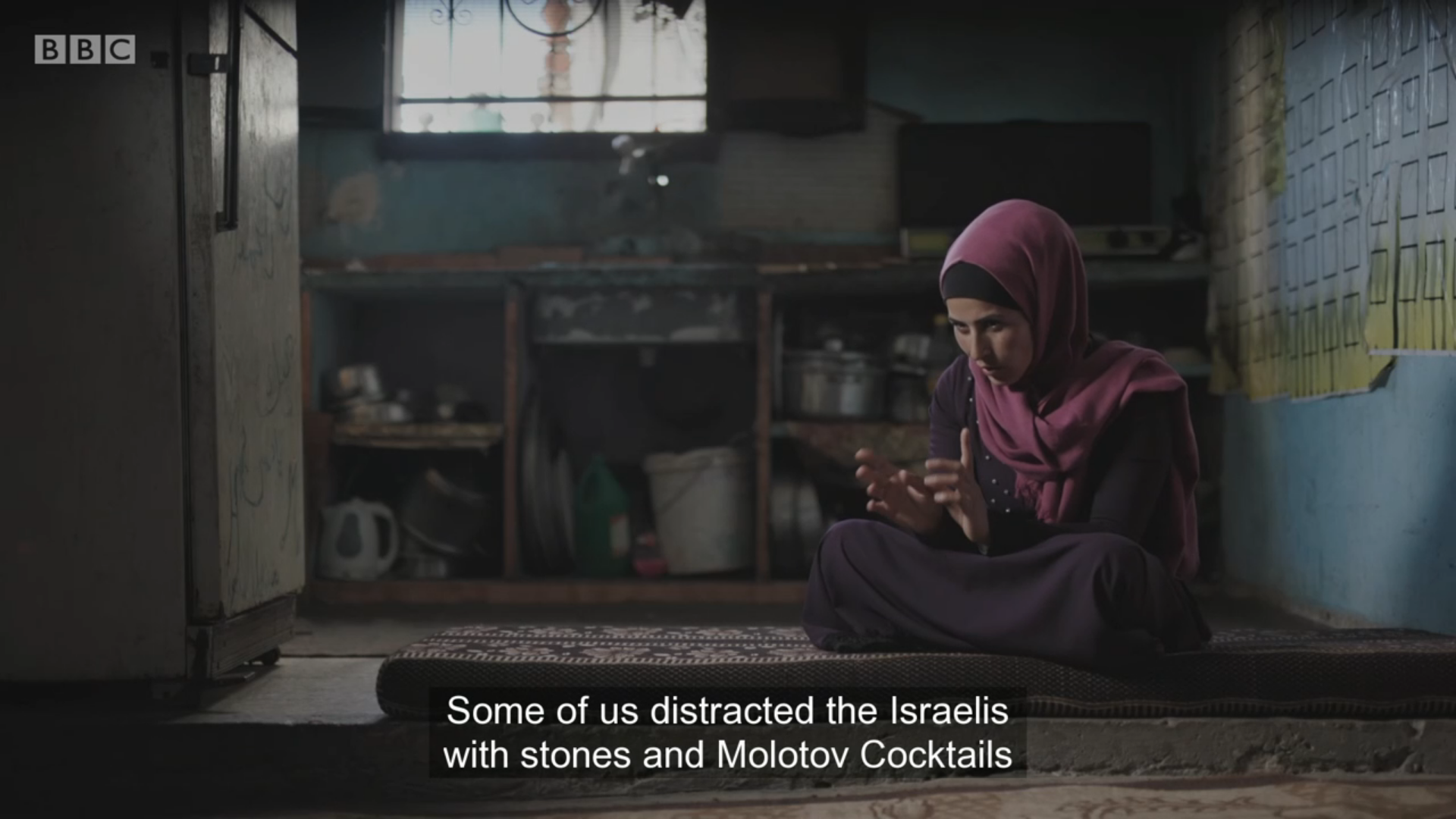 In another instance, Reem Abu Ermana, whose 14-year-old daughter Wissal was shot in the head during the clashes, said: “After a while [Wissal] became the sniper’s enemy.

“They would pull the car tyres with a wire to act as a cover for the young people, so the smoke would protect them from the Jews.”

But according to the subtitles, she referred to IDF soldiers as “Israelis”. 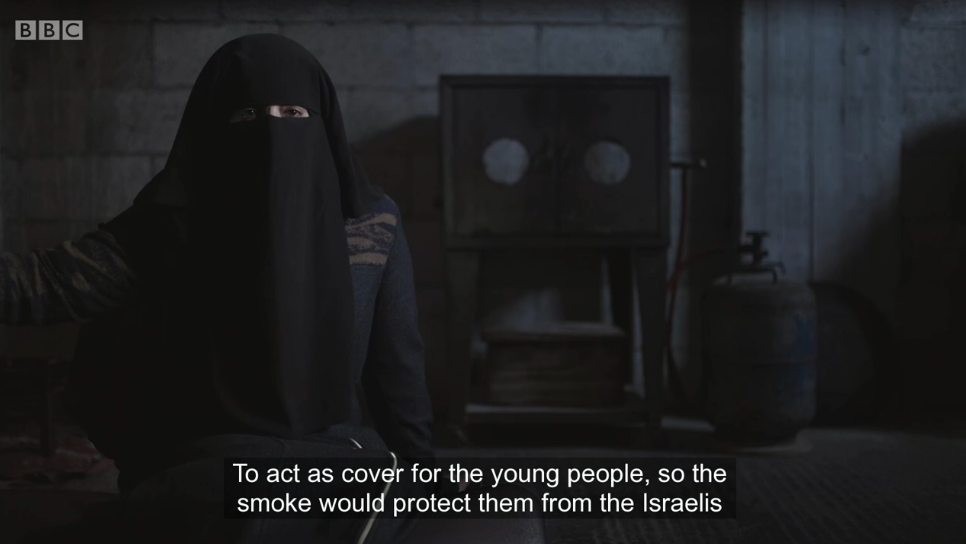 Luke Akehurst, director of We Believe in Israel, condemned the editorial decision.

“It’s disgraceful that the antisemitic aspect of the incitement going on in Gaza was played down by the BBC One Day in Gaza documentary by deliberately mistranslating the word ‘Yehud’ as ‘Israeli’, not ‘Jew’,” he said.

“Hamas are an explicitly antisemitic organisation whose hatred of, and desire to harm, Jews, goes far beyond any legitimate political dispute with Israel.”

Board of Deputies senior vice President Sheila Gewolb said: “The anti-Jewish racism in the phrase ‘rip a Jew’s head off’ is there for all to see.

“The BBC should explain why viewers were given a  subtitle in which the word Jew was substituted for Israeli.

“Does the BBC believe that its job is to protect the perpetrators from the their own racism?”

Holocaust historian Deborah Lipstadt criticised the translation, writing on social media: “Yet another blatant example of the failure to take the scourge of antisemitism seriously.”

A BBC spokesperson said: “We sought expert advice on the translation before broadcast and we believe the translation of ‘Yehudi’ as ‘Israeli’ in this documentary is both accurate and true to the speakers’ intentions.”

I wonder whether the BBC would be as understanding in reverse? If an IDF soldier said “when you hear it you just want to tear a Muslim’s head off”?

Probably not. I doubt the BBC would simply understand he meant “Palestinian” and substitute the word for him. Their explanation to the Jewish News is ludicrous.

The imbalance taints an otherwise powerful documentary that asks some important questions about live fire policies the IDF uses. I found this interesting from The Guardian:

Those who wish to portray the carnage visited on the protesters as inevitable or excusable or proportionate or deserved were, in other words, given all the ammunition available with which to do so. What they can’t do is deny the carnage itself, because Lambert had sourced crisp, bright footage of men lying with their brains leaking into the dirt, or standing in a stationary crowd before a crackling gunshot left them writhing and hopping.

This strikes me as an example of double speak, they might just as well have written; the Israelis are right but they’re still awful. The BBC mistranslation encapsulates this for me.

Even Wesal, a 14-year-old girl we saw standing somewhere further back, away from the frontier, had said “I want to be a martyr” before attending the latest of her many protests. She didn’t tell us that herself, of course. Her mother did, talking softly in the past tense.

One might just as easily ask how Israel should respond to people intent on dying? We already know how the British do it, they send their military across the world to kill them before they ever come close to their populace.

By the way how awful are we for asking that the BBC accurately translate the words of a young man whose leg was shot off by the IDF?