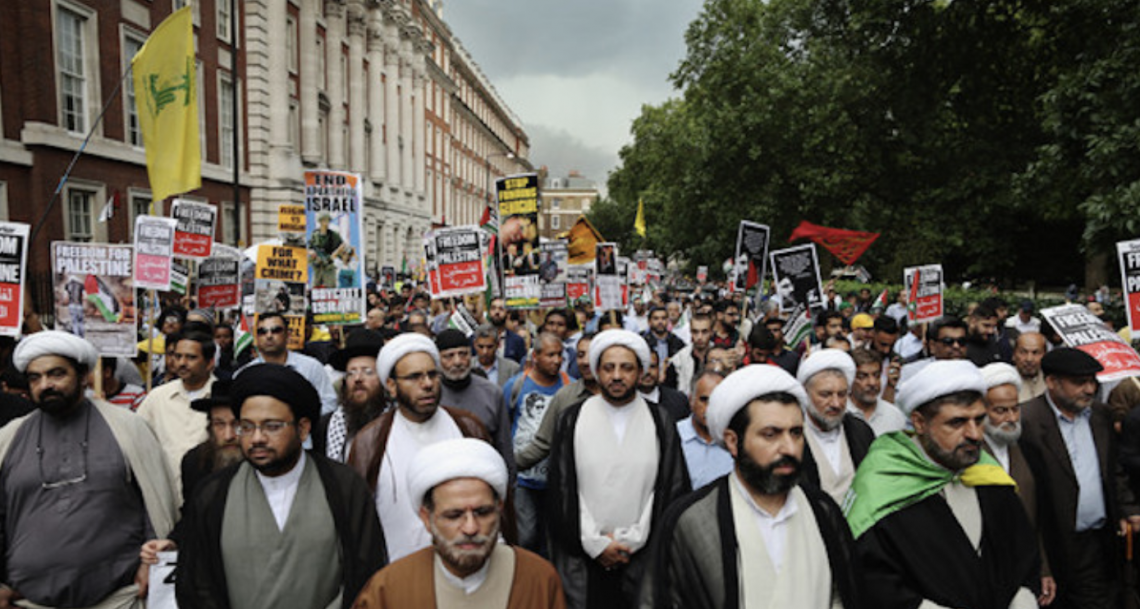 The Foreign and Commonwealth Office tells British/Iranian dual nationals not to go to Iran. The advice also applies to Iranians resident in the UK:

The Foreign and Commonwealth Office now advises against all travel to Iran by British-Iranian dual nationals. Travel advice has been changed in response to the Iranian government’s continued arbitrary detention and mistreatment of dual nationals, and Iranian citizens with links to institutions based in the UK.

British nationals, in particular dual British-Iranian nationals, face an unacceptably higher risk of arbitrary detention and mistreatment than nationals of many other countries. The security forces may be suspicious of people with British connections, including those with links to institutions based in the UK, or which receive public funds from, or have perceived links to, the British government.

Dual nationals face an intolerable risk of mistreatment if they visit Iran. Despite the UK providing repeated opportunities to resolve this issue, the Iranian regime’s conduct has worsened. Having exhausted all other options, I must now advise all British-Iranian dual nationals against traveling to Iran. The dangers they face include arbitrary detention and lack of access to basic legal rights, as we have seen in the case of Nazanin Zaghari-Ratcliffe, who has been separated from her family since 2016.

Regrettably, I must also offer a message of caution to Iranian nationals resident in the UK – but who return to visit family and friends – especially where the Iranian government may perceive them to have personal links to UK institutions or the British government.

The Iranian government does not recognise dual nationality and, as such, if a dual national is detained in Iran, the Foreign and Commonwealth Office’s capacity to provide consular support is extremely limited. In line with international norms, the UK is not able to offer consular assistance to Iranian mono-nationals.

Wonder whether the organisers of the annual Quds Day march through London are also in danger when they head back to Iran?

Recently the UK added the Iran backed Shiite terror group Hezbollah to the list of proscribed organisations in the UK. Previously a dubious fiction was maintained that there was an armed wing and a political wing and only the armed wing was proscribed.