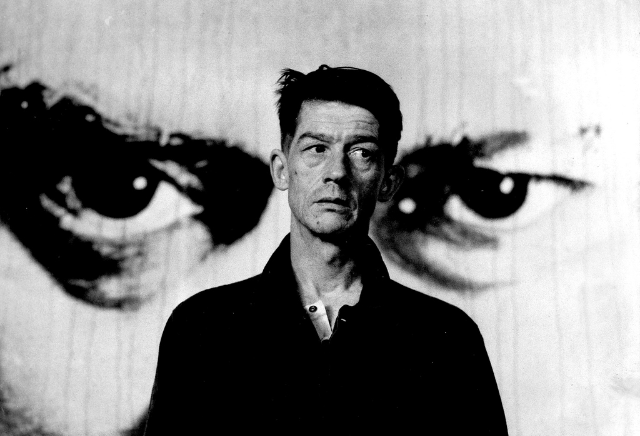 The Thought Police have arrived and it is doubtful they’ll ever go away. This isn’t an hysterical reaction with a hyperbolic headline. The UK police have quite literally announced they police thought crimes. Well, ‘thought crimes’ isn’t quite accurate because one’s thoughts aren’t actually crimes, but the police will knock on your door or come to your place of work anyway.

The Telegraph reports that a man has had a visit from the British Police because he retweeted – not wrote, mind you, retweeted – a satirical limerick about transgenderism.

But this is the terrifying part: When the man asked why the police were questioning him even though they acknowledged he had committed no crime, the officer told him:

“We need to check your thinking”.

“We need to check your thinking.” Is there a more ominous phrase in a democratic society which favours free speech and liberty?

After it was determined that the man had the wrong thoughts, a police officer advised him of  the correct thoughts. “I’ve been on a course and what you need to understand is that you can have a foetus with a female brain that grows male body parts and that’s what a transgender person is,” regurgitated the officer remembering his thought training.

This is not up for debate. He has been trained. This is correct.

This follows a recent call by the police for citizens to report non-crimes as well as crimes if they felt insulted, hurt, or offended.

Deputy Chief Constable Mark Roberts of the South Yorkshire Police explained: “We record non-crime hate incidents in the same way we record non-crime antisocial behaviour incidents and non-crime domestic abuse incidents, so we can gain a fuller understanding of actions which cause distress to people within our communities.”

What a “non-criminal domestic abuse incident is”, is a question for another day, but the police have now decided to take an active role in ensuring that everyone is always nice to each other, and appear to have advice on purity of thought and deed to dispense when they visit people who haven’t committed crimes.

A common excuse for the failure to address the rise in violent crime by the police is that they are under-resourced. Yet, they appear to have the time, money and resources to investigate a legal tweet, including visiting the man’s place of work and interviewing his bosses.

More worrying is that celebrity Katie Price is behind an initiative to criminalise online abuse. Now, it should go without saying that abusing people online – especially people with disabilities – is a vile and nasty thing to do. But beyond the usual rules of slander, libel, incitement, etc, it is incredibly dangerous for civil liberties and freedom of speech to start criminalising speech. As with the examples above, the police are already overzealous in pursuing non-crimes. A change to the law will simply give them the green light to harass people expressing robust opinions with greater conviction, and confirm that their role is to shepherd our thoughts and opinions towards the correct ones.

It is easier, after all, than tackling gangsters and organised criminals, and it gives a greater buzz of virtue.