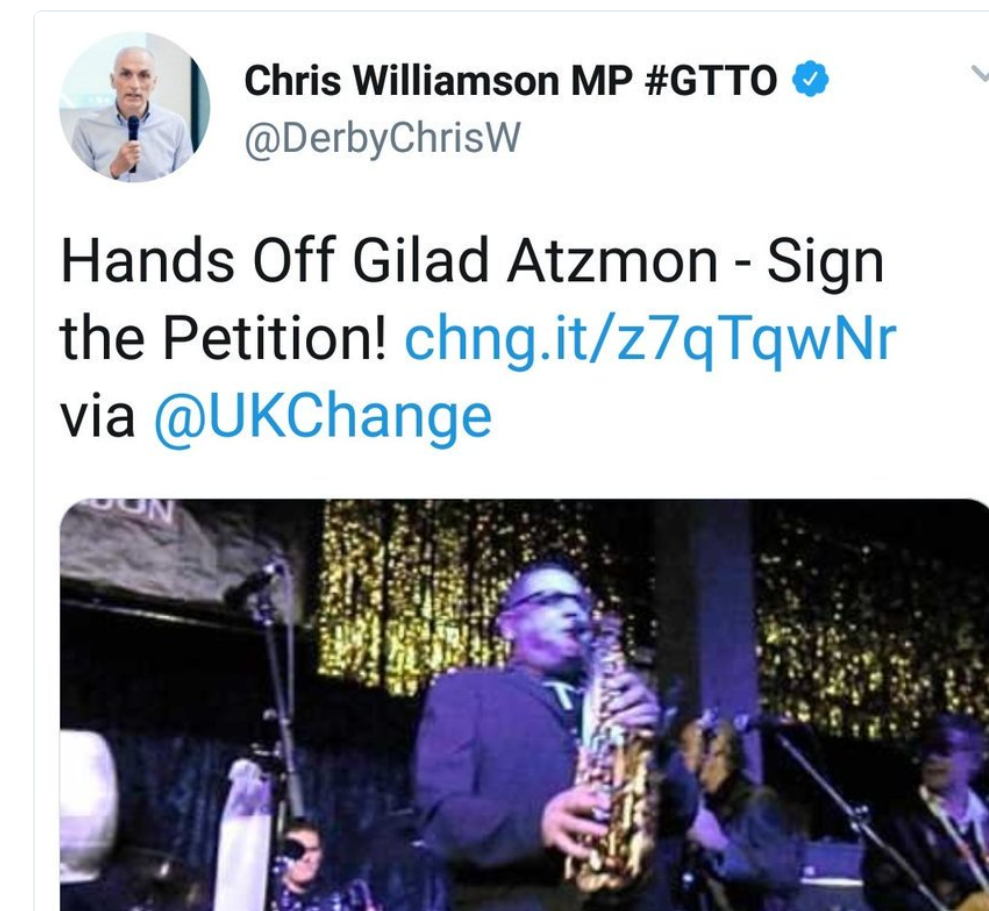 It didn’t come as a huge surprise to see Chris Williamson leap to the defence of Gilad Atzmon recently – Atzmon had been blocked from appearing with the Blockheads by Islington Council.  Now the Labour MP has issued an apology and deleted the tweet in which he expressed enthusiasm for a petition defending Atzmon.  He explained:

“Earlier today I tweeted a petition about an Islington Council ban against the Blockheads performing with their chosen line up. The council has blocked jazz musician Gilad Atzmon from playing with the group.

“Since then I’ve learned that Atzmon, a former Israeli soldier, is not confined to the jazz world. I am told that in various blogs and in speeches he has adopted antisemitic language.

This seems a very very weaselly account of what happened – surely Williamson had some sense of the problem with Atzmon before sharing the petition – at least been dimly aware that he ‘is not confined to the jazz world’?  If he really knew nothing about him, he should have researched the issue – would Islington Council really ban him without serious grounds? – particularly given his party’s embarrassing track record on antisemitism.

The JLM – quite rightly – doesn’t pull its punches:

Despite Mr Williamson’s apology, the Jewish Labour Movement reiterated its call for him to be suspended from the party.

A spokesperson said: “Gilad Atzmon is an antisemite.

“We expect Chris Williamson to be suspended from the Labour Party today.”