At the end of an AFP report on an Iranian-sponsored anti-Islamic State cartoon competition comes this intriguing bit of news:

[Masoud Shojai] Tabatabai [the contest organizer] is also the organiser of a competition of cartoons on the Holocaust, launched in late January in response to the publication by Charlie Hebdo of cartoons of the Prophet Mohammed.

That competition, which was criticised by some in the international community who expressed fears of anti-Semitism, has been suspended until further notice because of “budget” problems, he said.

This comes after more than 800 entries were submitted from around the world. Imagine the disappointment.

I don’t pretend to know the real reason behind the “suspension.” I doubt it reflects any softening of the Iranian regime’s attitude toward Israel and the Jews. Perhaps Iran’s financial difficulties (brought on by sanctions, collapsed oil prices and general corruption) really are bad enough to allow for only one cartoon competition annually.

As I noted last December, the regime was so desperate for money that it was allowing young men to buy their way out of an obligatory two years of military service.

And of course such financial stringency may be required to fund essential projects like the most opulent mausoleum in the world for the late Ayatollah Khomeini. 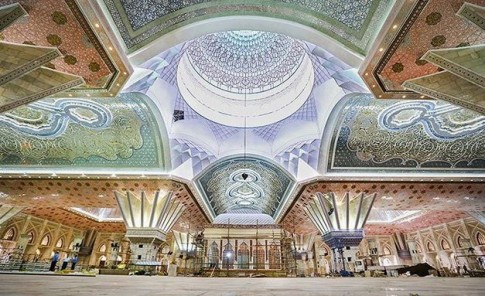