This is a guest post by the Easter Bunny 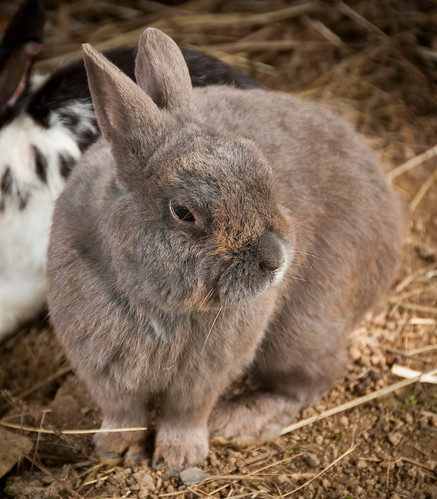 I’d better start with His Grace, celebrating the resurrection of Christ.

God died on Friday, and the world ended. Yesterday, He was lying in His tomb; all hope and promise of the coming kingdom buried with Him. Today, He is risen: God has irrupted into the present, and now we look forward to the eschatological fulfilment in the transformation of the world order, the ultimate redemption of the believer, and the final judgement.

Next here’s an excellent piece from last month on the relationship between art and the sacred by Kenan Malik.

Easter is shadowed by the history (and present reality) of Christian antisemitism.  One Spanish town is considering whether it should change its name – Castrillo Matajudios means Castrillo Kill the Jews.

And here’s one Christian minister’s reflections on the problems posed by Christian history and liturgy.

Following David Cameron’s call for Christians to be more forthright, here’s his colleague Baroness Warsi’s Easter message – which demonstrates appropriate concern for persecuted Christians, but has nothing to say about those who are attacked for their lack of religion.

As an antidote, read John Sargeant’s alternative Easter message, in defence of secularism:

My point is that Jesus was not a pluralist – he advocated one narrow path and the establishment of God’s Kingdom on earth. Islam would not have got off the ground under it. The Church of England supported the state by seeking out heretics and traitors – often being one was the same as the other. Any claim that it supports other faiths now is more to the secularising of the institution in modern times.

But I’ll end with something more conventionally Christian (and less up to date), the moment in William Langland’s Piers Plowman when Piers is awoken from his vision by Easter bells.

Clip we in covenant · and each of us kiss the other!’

`And let no people,’ quoth Peace · `perceive that we chid?
For impossible is no thing · to him that is almighty.’
`Thou sayest soth,’ said Righteousness · and reverently her kissed,
Peace, and Peace her · per saecula saeculorum.

And then played Love the lute · in a loud note,

Till the day dawned · these damsels danced,
That men rang in the resurrection · and right with that I waked,
And called Kit my wife · and Calot my daughter–
‘Arise and reverence · God’s resurrection,
And creep to the cross on knees · and kiss it for a jewel
For God’s blessed body · it bore for our saving,
And it frighteneth the fiend · for such is the might,
May no grisly ghost · glide near its shadow!’