The post-colonial orthodoxy – that Arab Muslims cannot be colonisers – is being seriously challenged by the French historian Georges Bensoussan. Yes they can, he argues, and the Jews who lived under Muslim rule were the colonised.

Reinforced by Israel’s 1967 ‘occupation of Palestinian territories’, and its auxiliary Apartheid myth, ‘Israel: colonial settler state?’ cemented the trope that Zionism was a European movement to displace the native Arab inhabitants of Palestine. 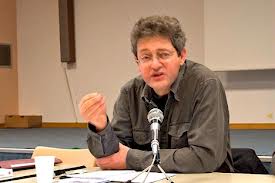 Now another French historian, Georges Bensoussan, threatens to stand the notion of ‘Jewish colonialism’ on its head: it is the Jews who lived under Muslim rule who were the true victims of colonialism.

His book, “Juifs en pays arabes: le grand deracinement 1850 – 1975 “ published in 2012 in French, examines the reason why the Arab world was emptied of its Jews in barely a generation. Since most fled as refugees to the Jewish state from the Arab and Muslim world and now constitute at least half Israel’s Jews, the question has huge implications for the Israel-Arab conflict.

Moroccan-born Bensoussan, who made his name as a Holocaust historian, argues that the Jews have been colonised thrice over.

The first wave of colonisation was Arab-Muslim. By the time the Arab conquerors had swept over the Middle East and North Africa, the Jews had been living in the region for 1,000 years.

Under Islam, according to the eighth-century Pact of Omar, indigenous Jews and Christians were permitted to practise as long as they acquiesced to the ‘dhimmi‘ condition of inferiority and institutionalised humiliation. Dhimmis were exploited for specific talents and skills.

Bensoussan observes that the Islamic order was built on a ‘colonial’ notion – submission. The Muslim submits to Allah, the Muslim woman submits to her husband, the non-Muslim dhimmi submits to the Muslim. At the very bottom of the pile is the slave. Women, minorities and slaves are curiously absent from Edward Said’s postcolonial ‘bible’, “Orientalism”, Bensoussan notes.

There were times when Jews could, and did, thrive, but Bensoussan puts paid to the assumption that Arab antisemitism is an understandable backlash to the creation of Israel in 1948. He produces incontrovertible evidence that, 100 years before Israel was established, most Jews in Arab and Muslim lands lived in misery and fear.

Dhimmi status was most strictly applied in Morocco, Yemen and Persia – parts of the Muslim world barely touched by European colonisation. Jews were regularly mobbed, robbed, their possessions looted, beaten up on the slightest pretext, or  false charge brought by a jealous neighbour. Jews were feminised in the Muslim imagination – cowardly, submissive, unable to stand up for themselves.

The second wave of colonisation – by the European powers – ‘liberated’ the Jews from the strictures of dhimmitude. In Algeria, the Jews even gained French citizenship. But in order not to antagonise the Muslim population, examples abound of anti-Jewish pogroms which the colonial forces of law and order were in no hurry to quell.

For Bensoussan, the post-1948 exodus of almost a million Jews in one generation was not a break with the Muslim world, it was an ‘aggravated divorce’. The process began a century earlier when Jews began educating their children in western-oriented Alliance Israelite schools. What started as a crack became a gap, then a chasm.

Arguably, 19th century life was nasty and brutish for all, not just the Jews, but upward Jewish social mobility inverted the traditional pecking order. Jews were seen not just as collaborators with European colonialism, but had become ‘too big for their boots’. The Muslim Arabs lagged behind in literacy by at least a generation.

Blood-and-soil Arab nationalism refused to admit Jews (and Christians, for that matter, unless they converted to Islam) as full participants. As the great Tunisian-Jewish writer Albert Memmi put it: “We would have liked to be Arab Jews, but the Arabs prevented it with their contempt and cruelty.”

With the rise of Arab nationalism came marginalisation, exclusion and strangulation of Jews (and other minorities). The last 60 years saw a mass exodus. The Jews were dispossessed on the way out.

The third of type of colonisation belongs to the history books. The history of the Jewish people has been written by western historians; according to Bensoussan, oriental Jewish history has been crushed under the weight of the Holocaust. Even the Jewish museum in Paris, which might be expected to reflect a community originating primarily in North Africa, has reduced their history to folklore – with its displays of jewellery and traditional bridal costumes.

Bensoussan’s great achievement is not just to blow out of the water the myth of Arab-Jewish coexistence predating the creation of Israel, but unfashionably to place the colonial boot on the Arab foot.

Since publishing his book, Bensoussan has had to contend with bien pensant denial (the prevalent post-colonial assumption is that the third world victims of western colonialists can never be seen as oppressors in their own right). He has met resistance from both Arabs and Jews.

Arab historians blame the Jews for causing their own suffering. Jews who deny Arab antisemitism usually lived a charmed life in the European quarters of Arab cities. Bensoussan cautions that reminiscence makes for unreliable history.

All in all, Bensoussan has dropped a bombshell of a book. A sovereign Jewish state in the land of Israel begins to look like the liberation of a colonised, indigenous people from 14 centuries of subjugation. Will Bensoussan have the impact on western intellectual thinking that Maxime Rodinson had, 65 years ago?