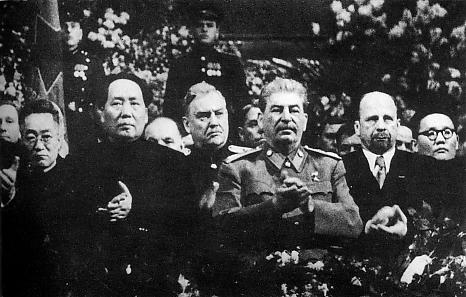 The Washington Post reports on the Chinese government’s use of an old Stalinist standby– coerced public confessions– against critics of the regime:

Chinese state television on Sunday broadcast a startling video of a famous blogger in handcuffs, renouncing his Web posts and saying how dangerous the Internet would be if left uncontrolled by the government.

The 10-minute news report featuring Charles Xue — a Chinese American businessman and one of China’s most popular bloggers — was the latest step in what appears to be a systematic campaign to intimidate online opinion leaders against speaking too freely or critically of the government.

“It gratified my vanity greatly,” Xue said of the Internet. “I got used to my influence online and the power of my personal opinions . . . and I forgot who I am.”

Chinese authorities have increasingly been broadcasting interviews after big-name arrests, forcing suspects to confess publicly to alleged crimes prior to trial or conviction. Several businessmen arrested in recent weeks have had their taped confessions aired nationally.

Some legal critics have likened the practice to a Mao-era style of justice, when guilt was never in doubt, self-confessions were routine and the goal was to make public examples of the accused.
…..
“It’s not right for [popular bloggers] to behave higher than the law,” [Xue] said in a chastened tone. “If there is no moral standard or cost for slander, you can’t manage the Internet. And there are no limits. It becomes a big problem.”

People’s Republic enthusiast and Labour candidate for Chippenham Andy Newman could not be reached for comment.