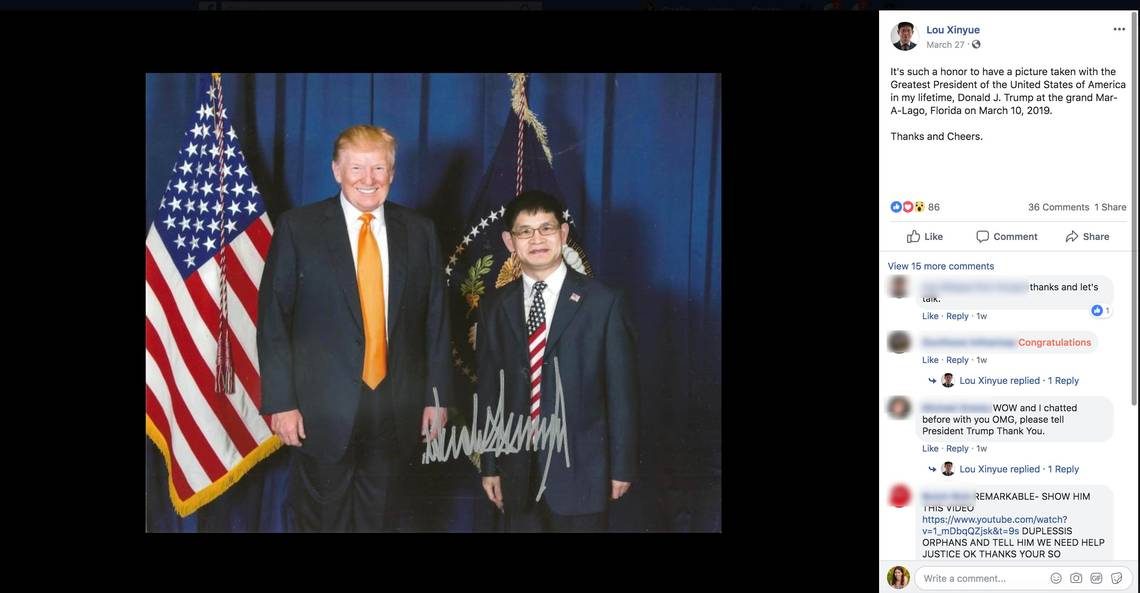 If this surprises you in the least, you haven’t been paying attention.

[Xinyue “Daniel”] Lou is a United States-based promoter for the Chinese Communist Party and former writer for Chinese media, a job he got after graduating from Columbia Graduate School of Journalism in 1994.

He is also an avid Trump supporter.

Last year, the Chinese-born American citizen took his support to a new level. Lou signed a contract with the Republican National Committee to become an official fundraiser for President Donald Trump’s reelection campaign — at the same time Trump was launching a bellicose trade war against Lou’s homeland. Trump recently vowed that communism’s “days are numbered,” excoriating any Democrat who dared espouse any hint of sympathy toward socialism.

At a time of journalistic belt-tightening and cutbacks in the US, kudos to The Miami Herald for doing serious investigative work to report on this and other matters that deserve the widest possible attention– especially the kid-gloves treatment of the disgusting sex abuser Jeffrey Epstein by Donald Trump’s future Secretary of Labor. 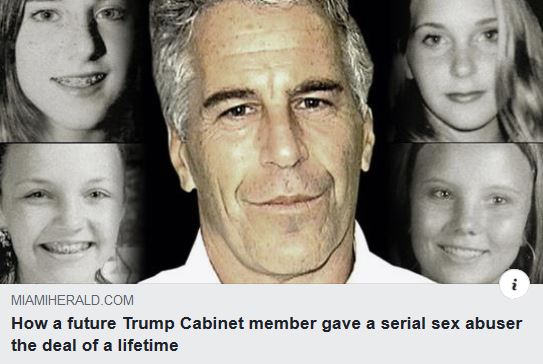 This report was published on November 28, 2018. Alexander Acosta should have been fired the next day. He is still Trump’s Secretary of Labor.

In 2002 Donald Trump said of his then-friend:

“I’ve known Jeff for fifteen years. Terrific guy. He’s a lot of fun to be with. It is even said that he likes beautiful women as much as I do, and many of them are on the younger side. No doubt about it – Jeffrey enjoys his social life.”