For those seeking peace in the Middle East, the Popular Front for the Liberation of Palestine (PFLP) would be an unlikely role model. Yet the Far Left in Britain has chosen to listen to a PFLP plane hijacker tell them about intifada and Palestine, this July, at the Marxism Festival. 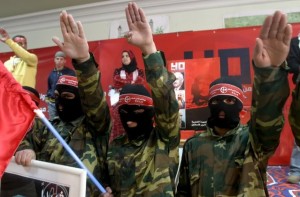 The PFLP [above] was founded by George Habash, who was born into a Greek Orthodox family. Habash left his hometown of Joppa in 1948, during Israel’s War of Independence. Habash was a zealous disciple of Gamal Nasser’s pan-Arabism. Habash would form the Popular Front for the Liberation of Palestine (PFLP), a group which has carried out hijackings, suicide bombings, and targeted murders.

The PFLP joined in the recent round of rocket firing from Gaza in March, which shows clearly that the PFLP is a violent organisation. 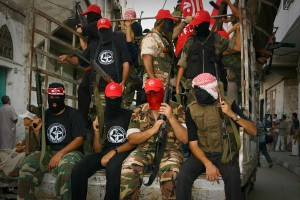 Fittingly, George Habash was described as “Terrorism’s Christian Godfather” by Time Magazine. Habash died in 2008, yet his image and influence are still palpable in Bethlehem , where PFLP slogans, posters and graffiti are daubed on walls and lampposts. 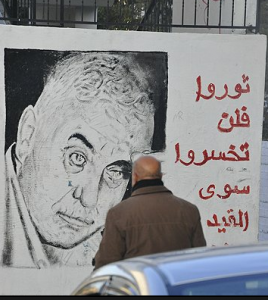 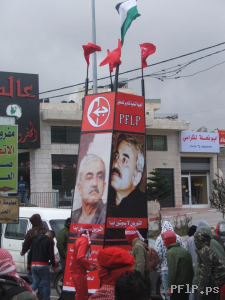 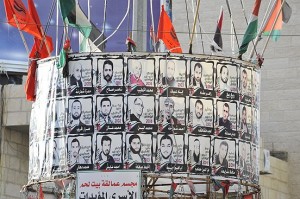 Following Habash’s death, the PFLP has supported Hamas agression against Israel, and has campaigned for an end for the international designation of “terrorism”, arguing that “resistance is not terrorism”. 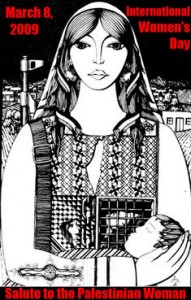 The PFLP’s armed wing is the Abu Ali Mustapha Brigades, who are responsible for multiple suicide bombings against Israeli citizens.

Mayor of Bethlehem Victor Batarseh is a PFLP member and identifies as a Christian. Indeed, Batarseh recently gave the opening address at the evangelical conference, Christ at the Checkpoint. In January, Batarseh attended a memorial service celebrating Habash’s life, organised by the PFLP. The Bethlehem of today’s Palestinian Authority has a Christian veneer, yet it bears the image of Habash’s PFLP strikingly.

Bethlehem is adorned with images of George Habash, PFLP flags, and graffiti of a smiling young Leila Khaled – the famous PFLP plane-hijacker – posed with a machine gun. 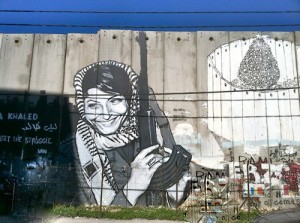 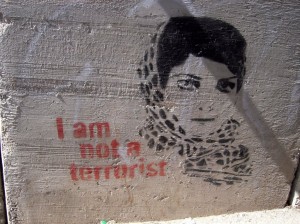 Leila Khaled, for her part, will address the British Far Left in July this year, despite her extreme actions and her lifelong affiliation with the PFLP. The Marxism Festival 2012 – hosted largely in Friends House – reveals:

It is an old adage that “one man’s terrorist is another man’s freedom fighter”. And Marxism 2012 is very proud to play host to some incredible freedom fighters.
Leila Khaled is a member of the Popular Front for the Liberation of Palestine and has dedicated her life to Palestinian freedom. Most famously she hijacked two planes in the ’60s and ’70s. Banned from the UK, Leila joins us via Skype Sun, 3.45pm.

This is the event which will be hosted at UCL in its Cruciform Lecture Theatre:

Leila Khaled has been dubbed the “poster girl” of Palestinian militancy.

Yet the violence and extremism of the PFLP ought not to be perceived as chic, trendy or daring, in any way, as the PFLP fosters and practises murderous extremism.

Rather than sullying the British Left by allying with such violent people, UK Marxists ought to shun Leila Khaled and her PFLP forthright.