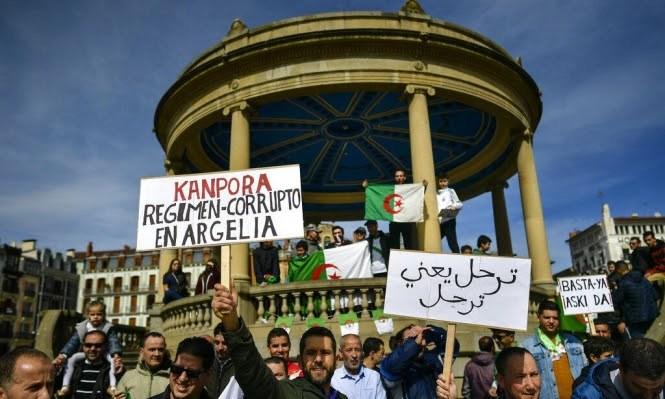 “Bernie Sanders made history this week. The senator’s campaign leadership confirmed on Friday that they had voluntarily recognized the United Food and Commercial Workers Local 400 as the official union for workers on his presidential bid. In doing so, Sanders became the first major-party presidential campaign to recognize a union for its staff.

The campaign chose to recognize its unionized workers after 44 employees signed union cards. Contract negotiations for collective bargaining are expected to begin soon—potentially extending to 1000 employees. (The union said anyone under the rank of deputy director is eligible to join.) “Bernie Sanders is the most pro-union candidate in the field, he’ll be the most pro-union president in the White House and we’re honored that his campaign will be the first to have a unionized workforce,” campaign manager Faiz Shakir said of the decision.”

‘Made in Tunisia’: the worker-casualties of the globalisation of the textile industry


“According to Abdeljelil Bédoui, economist and advisor to the Tunisian General Labour Union (UGTT), unemployed textile workers are “a prime example of the failure of the neoliberal development model followed by Tunisia for more than 40 years”.

The Investment Law, last amended in 2016, embodies the spirit of the ongoing legislative process and the erosion of the status of Tunisian workers it has brought about. By granting a series of tax breaks to new local and foreign businesses for five years, the law made the closure of factories with no notice common practice. After the tax breaks expired, the Tunisian Forum for Economic and Social Rights (FTDES) estimates that only 50 per cent of clothing companies have remained in business.”

“Thirteen independent trade unions in Algeria have refused to support the efforts of newly-appointed Prime Minister Noureddine Badawi to form a government he hopes will help pacify protesters who are pressing President Abdelaziz Bouteflika and his inner circle to step down.

Boualem Amoura, one of the leaders of the education sector unions, stated that the trade unions would not hold discussions with the government as their members consider themselves as part of the Algerian people who said “no” to the regime.”