I hope this is true. The Daily Telegraph reports that British intelligence hacked into an al-Qaeda online magazine and replaced bomb-making instructions with a recipe for cupcakes.

The paper reports that the cyber attack by MI6 and GCHQ was launched in an attempt to disrupt efforts by al-Qaeda in the Arabian Peninsula to recruit “lone-wolf” terrorists with a new English-language magazine.

However, when followers tried to download the 67-page colour magazine, instead of instructions about how to “Make a bomb in the Kitchen of your Mom” by “The AQ Chef” they were greeted with garbled computer code, which was a web page of recipes for “The Best Cupcakes in America” published by the Ellen DeGeneres chat show.

Written by Dulcy Israel and produced by Main Street Cupcakes in Hudson, Ohio, it said “the little cupcake is big again” adding: “Self-contained and satisfying, it summons memories of childhood even as it’s updated for today’s sweet-toothed hipsters.” It included a recipe for the Mojito Cupcake – “made of white rum cake and draped in vanilla buttercream”- and the Rocky Road Cupcake – “warning: sugar rush ahead!”

By contrast, the original magazine featured a recipe showing how to make a lethal pipe bomb using sugar, match heads and a miniature lightbulb, attached to a timer. The cyber attack also removed articles by Osama bin Laden, his deputy Ayman al-Zawahiri and a piece called “What to expect in Jihad,” the Telegraph reports. 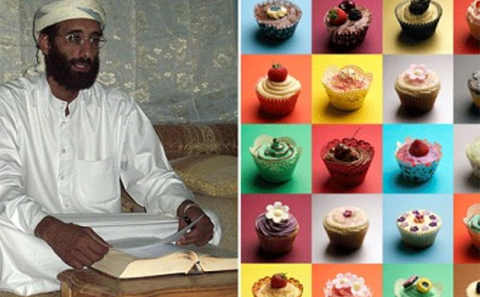 F-Secure has more, including images.