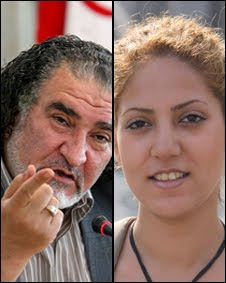 Nargess Kalhor is the daughter of Ahmadinejad’s media relations advisor, Mehdi Kalhor. Two days ago Nargess who was taking part in the Nuremberg human rights film festival with her film “The Rake”, an adaptation of a story by Franz Kafka about torture, refused to return to Iran and applied for asylum in Germany.

Ahmadinejad’s close advisor, Mehdi Kalhor, confirmed his daughter’s decision and said she was exploited by the enemies of the revolution. Nargess on the other hand hoped her father would see the errors of his judgements and join the people of Iran and the Green Movement.