Sharks don’t bite other sharks. It is the rule of the ocean. Similarly, it is considered poor form for one lawyer to criticise another. 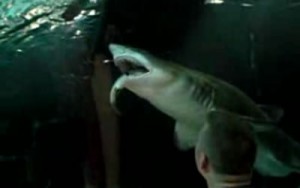 Which leads me onto Carter-Ruck’s latest attempt to suppress public debate over the conduct of their client, the London-based oil traders Trafigura.

You will remember that last week, they managed to obtain an injunction that not only banned disclosure of a confidential report on Trafigura and toxic waste – now easily available over the internet –  but went on to ban disclosure of the injunction’s very existence. When an MP in Parliament revealed the fact that an injunction had been obtained, an attempt was made to prevent the reporting of that news, which was ultimately dropped.

Carter-Ruck partner Adam Tudor today sent a letter to the Speaker,John Bercow, and also circulated it to every single MP and peer, saying they believed the case was “sub judice”.

If correct, it would mean that, under Westminster rules to prevent clashes between parliament and the courts, a debate planned for next Wednesday could not go ahead.

Earlier this week, the Labour MP Paul Farrelly said Carter-Ruck might be in contempt of parliament for seeking to stop the Guardian reporting questions he had put down on the order paper revealing the existence of the “super-injunction”.

The Conservative MP Peter Bottomley went on to tell Gordon Brown at prime minister’s questions that he would report Carter-Ruck to the Law Society for obtaining an injunction that purported to ban parliamentary reporting.

Carter-Ruck said in a letter and press release that, although the Speaker had discretion over sub judice questions, “we believe the proceedings to have been and to remain ‘active’ within the definition of House Resolution … of 15 November 2001 in that arrangements have been made for the hearing of an application before the Court”.

Bercow had told MPs the previous day: “It is not sub judice under the house’s rules … There is no question of our own proceedings being in any way inhibited.”

Evan Harris, the Liberal Democrat MP who secured next week’s debate, said: “I read with interest the letter from Carter-Ruck. I do not think that sub judice is involved here and I do not think that MPs will be deterred from discussing this case in the debate without a ruling from the Speaker, which he has not as yet indicated any likelihood of providing.”

Farrelly said: “Carter-Ruck’s manoeuvres this week, were it not so serious, would be tantamount to high farce. It is important MPs should not be prevented from going ahead with debates next week.”

It is, of course, a matter for Carter-Ruck how it runs its litigation practice. Possibly they are acting under instructions from their client. However, it is notable that they’ve managed to turn a little story of interest mostly to environmentalists, to a major national scandal, involving fundamental questions relating to the separation of powers.

In any case, a lawyer has a choice between a range of legal strategies. Some, although theoretically and legally possible, would only be pursued by a fool with no judgement. This is one of those cases.

The prominent media lawyer Mark Stephens said: “This sort of assault on democratic privileges is what you would expect to see in a banana republic.”

I’m looking forward to Carter-Ruck’s speedy climb-down on this issue, and an end to this absurdity.